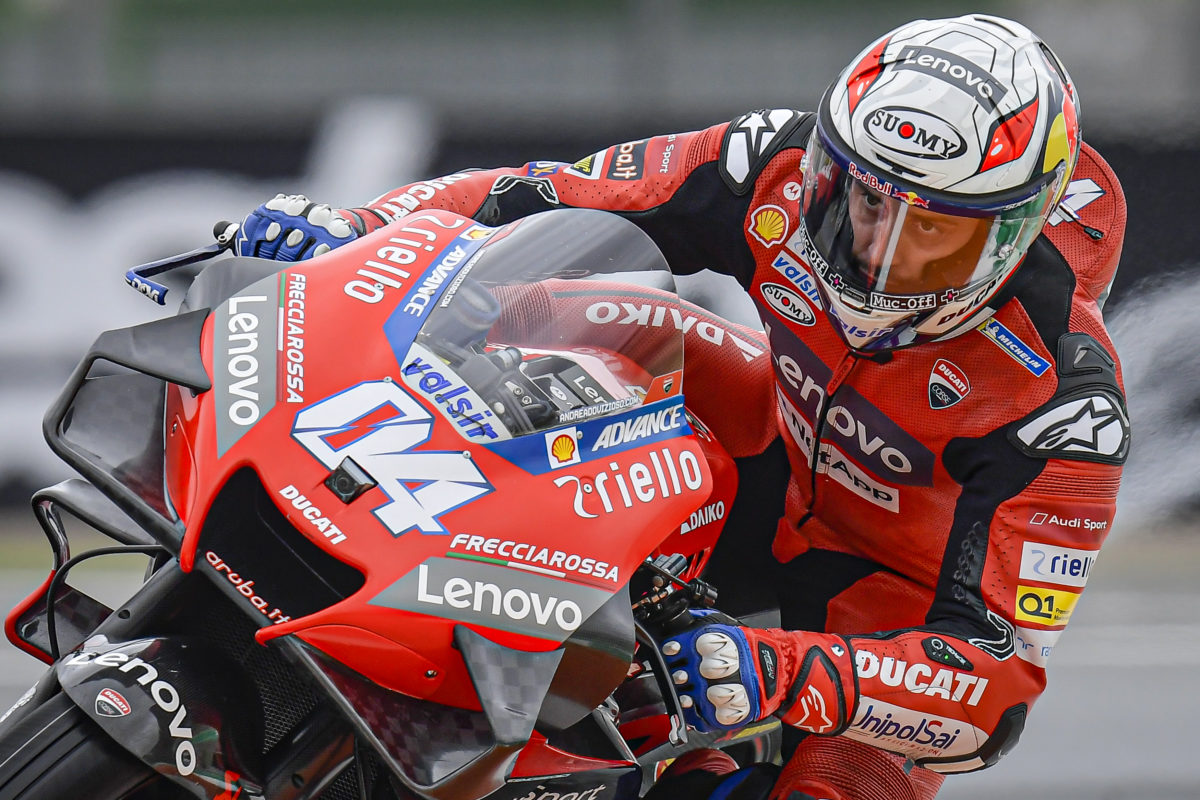 Andrea Dovizioso has announced that he will take a sabbatical from MotoGP in 2021.

The Italian’s exit from Ducati, where he has been runner-up to Marc Marquez for the last three seasons, was announced by his manager in August.

With most of next year’s seats already taken by then, Dovizioso affirmed he had no ‘Plan B’, before showing off a playful ‘Unemployed’ message in place of the usual ‘Undaunted’ on his leathers at Misano.

He was linked to test roles at Honda, Yamaha, and KTM, as well as a race seat at Aprilia, which lost the services of Andrea Iannone to a doping ban, but has now confirmed the mooted sabbatical.

“Over the last few months, I have received several offers to work as a test rider in developing MotoGP projects and I am grateful for the consideration received by the manufacturers,” wrote Dovizioso on social media.

“However, I have decided not to make any commitments and to remain free from formal agreements for now.

“I have an immense passion for racing. I still have the ambition to compete and fight to win. I will return to MotoGP as soon as I find a project driven by the same passion and ambition that I have and within an organisation that shares my same objectives, values and working methods.

“Now I am focused on finishing the world championship in the best possible way, and I have already started developing some projects with my partners.”

Ducati’s six entries for 2021 will be spearheaded by Jack Miller and Francesco Bagnaia, who move up together from Pramac Racing to the factory team.

Replacing them at Pramac are current Esponsorama Racing rider Johann Zarco and Moto2 front-runner Jorge Martin, with Esponsorama to field two other youngsters fresh out of the intermediate class in Luca Marini and Moto2 star Enea Bastianini.

With Iannone’s ban now extended to four years, fellow Moto2 rider Marco Bezzecchi is tipped to join Aprilia alongside Aleix Espargaro, who had already signed on again, for 2021 and 2022.

Dovizioso has two rounds left in his initial, 13-year run in the premier class, the next being this weekend at Valencia.