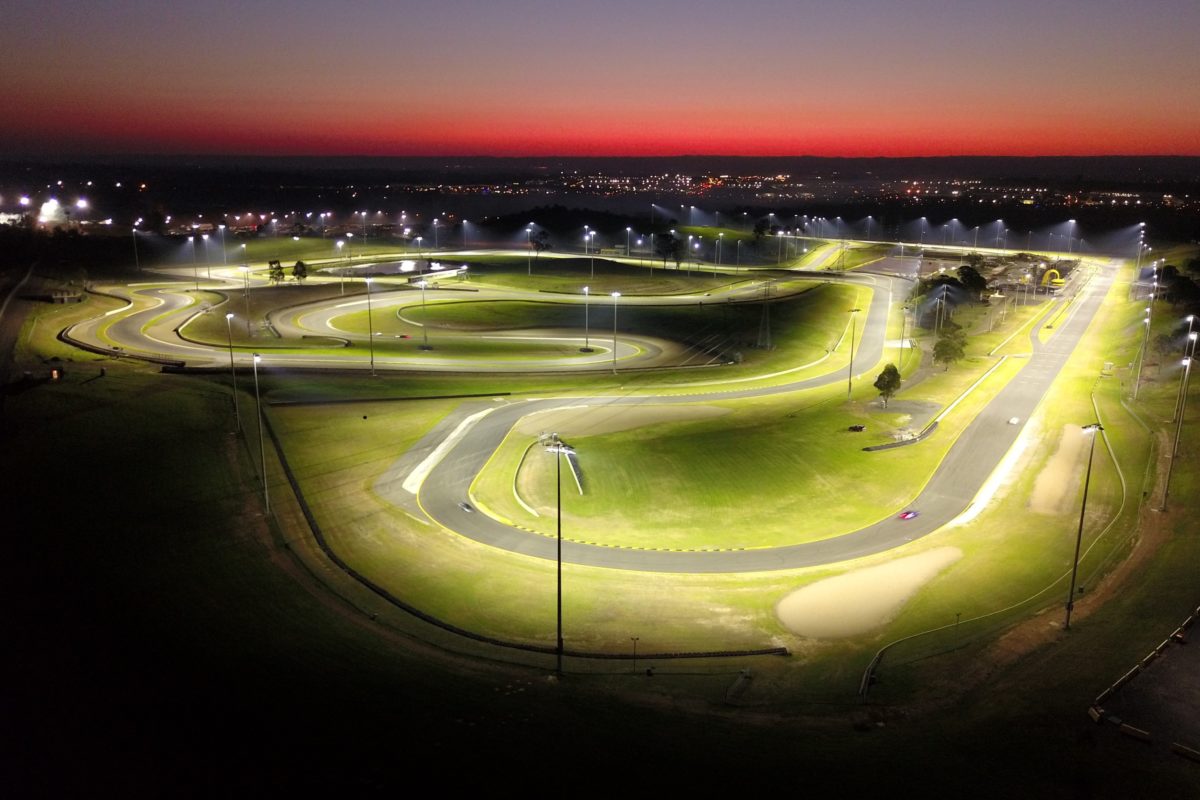 Sydney Motorsport Park will host a race meeting under fully permanent lighting for the first time this weekend.

Work on erecting the stadium-style LED lighting at the Western Sydney circuit began in December 2019, with last July’s Truck Assist Sydney SuperNight held under a mixture of the new installations and temporary lights.

However, Round 5 of the NSW Motor Race Championship will be the first meeting run with all 132 permanent towers switched on, on November 14-15.

The occasion will take place just days after the 30th anniversary of the venue’s official opening as Eastern Creek International Raceway, which was marked by the running of the Nissan Sydney 500 for Group A touring cars.

“As we celebrate our 30th year, we are proud to flick the switch on our lighting project and become Australia’s first permanent motorsport circuit with the ability to operate both day and night,” said Glenn Matthews, CEO of the Australian Racing Drivers’ Club, which runs SMP.

“The NSW Government’s strategic multi-million-dollar investment at SMSP brings with it a new era of racing; something to celebrate after a tumultuous year of fire, flood and COVID-19.

“And it isn’t just motorsport which will benefit; Sydney Motorsport Park will become a 24/7 home for a broad spectrum of stakeholders in motorsport, local business and tourism, driver training, on-site engineering and education, and much more.

“The next 30 years will be bright indeed.”

SMP’s grandstand will be open for the event, with limited seating available in line with COVID-19 guidelines.