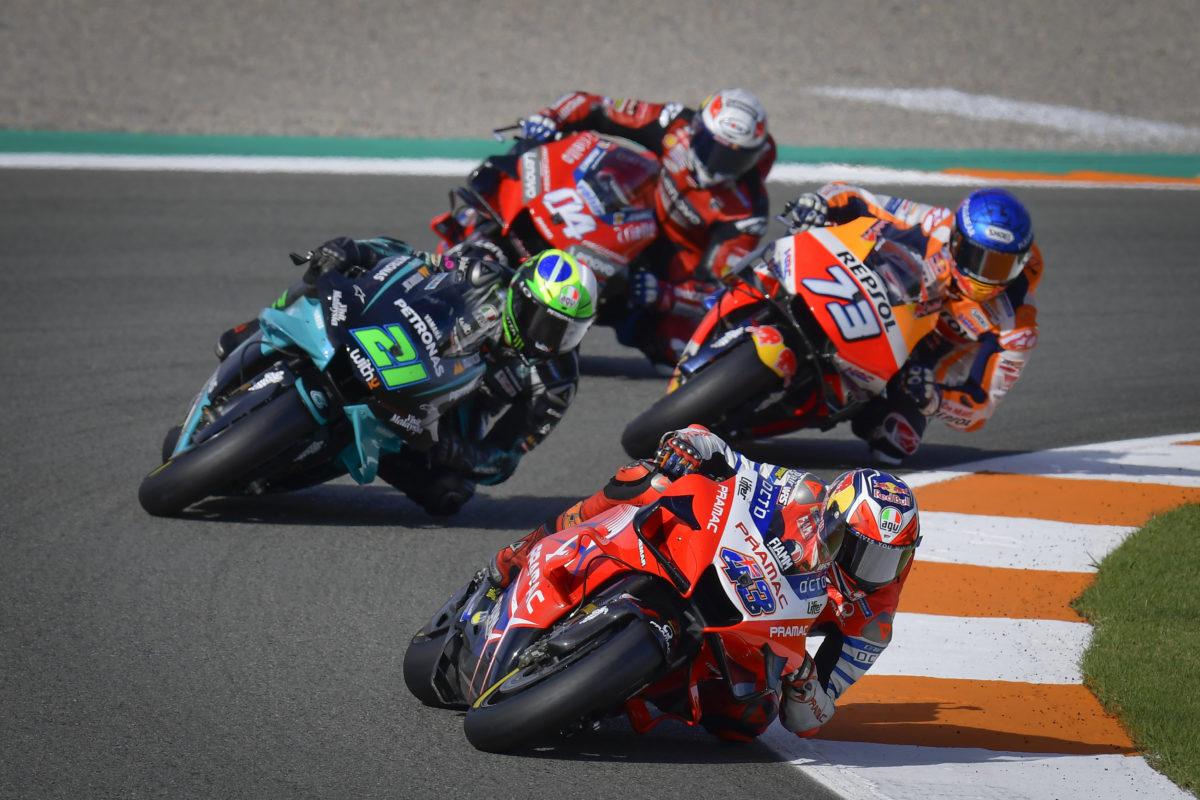 Jack Miller has been left to lament a getaway in the European Grand Prix which meant he finished no higher than where he started.

The Pramac rider lined up sixth in the grid in Valencia, where he had initially been classified after qualifying before Aleix Espargaro had a lap time reinstated and then incurred a grid penalty anyway.

Miller took the chequered flag in sixth also, but had dropped to as far back as 11th almost as soon as the 27-lap race got underway.

It made for a nervous opening, given the cut and thrust of the midfield and memories of being taken out a fortnight earlier.

“Normally my starts are pretty good and I got off the line alright, but I had a wheelie in fourth gear and the bike started heading towards the wall, so I had to roll out of it on the front straight and got spat back into the pack,” recounted Miller in his post-round newsletter.

“It’s always hard to pass at Valencia, so the first lap was all she wrote really.

“When you qualify up the front you get a bit soft maybe, a bit gun-shy. You definitely don’t want to go down early in the race two races in a row, and that was what I was thinking after what happened at Aragon.

“Some of the boys were doing a few kamikaze things on the first lap and it got a bit hectic there.”

Twin crashes for Espargaro and Fabio Quartararo meant Miller ended the standing lap in ninth spot but it was a grind for the Queenslander thereafter, especially when he got stuck behind fellow Ducati rider Johann Zarco.

“I had to fight after the start didn’t go my way, and in the end I paid for that because I got stuck behind Zarco for what seemed like 100 laps – it was about six or seven I think,” he quipped.

“By the time I got back to sixth I ran out of laps to do a lot more, it was too little too late to catch up with (Miguel) Oliveira.

“A bit frustrating for sure because I was less than nine seconds off the win and those guys ahead of me all had pretty clean races, but that’s on me.”

Valencia also hosts the penultimate round, from this Friday.