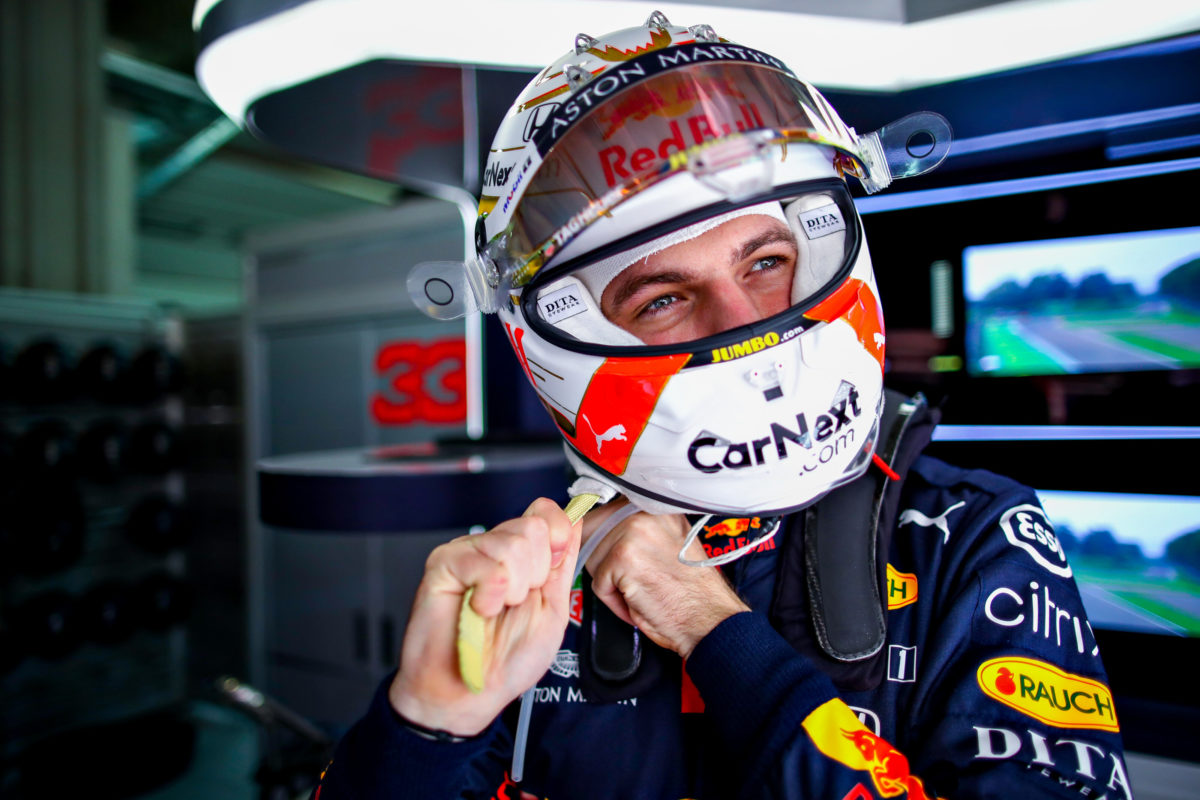 As Lewis Hamilton stands on the precipice of a record-equalling seventh Formula 1 world championship, Max Verstappen has admitted he never felt he was in the title fight.

The Dutchman lies third in the drivers’ championship standings, mathematically out of the hunt after the Emilia Romagna Grand Prix two weekends ago.

He has been victorious on just one occasion in 2020, at the 70th Anniversary Grand Prix at Silverstone, but has otherwise found himself beaten by at least one of the two all-conquering Mercedes.

“I’m in the middle of nowhere in this championship,” the Red Bull driver admitted in an interview with the Official Formula 1 Magazine.

“From my side, I never thought I was in a championship battle.

“I will finish third (overall) if I don’t keep retiring. In general, that’s the place where we belong.

Verstappen’s season started with a retirement at the Austrian Grand Prix, forced out with an electronics issue after just 11 laps.

There have been three other retirements too, including on successive weekends in Italy when he failed to see the flag in either Monza (power unit) or Mugello (crash). At every event he’s reached the finish, he’s stood on the podium.

“We are just trying to get 110 percent out of the car but it’s not capable of following a Mercedes, that’s why sometimes you have those moments where you spin off,” Verstappen said.

“Yes, there were some things that we were working on to try and improve the stability of the car, as especially in the beginning it was a bit unpredictable, but now it doesn’t feel like it’s super undrivable.

“It’s a drivable car but I find it hard sometimes to accept that third is the best there is.

“I always try when I see an opportunity to get a bit more out of it.”

To make a step forward and challenge Mercedes on more even footing, the 23-year-old believes things need to change back at base.

Operationally on race weekends Red Bull has established itself as the class leaders, routinely clocking pit stops under two seconds.

“There are quite a few things at the moment,” he ventured.

“First of all we are always too slow at the beginning (of the season), so we need to make sure we have a car that hits the ground running and is a lot more competitive.

“How to do that? Clearly we haven’t found it, so we need to change our approach.

“We need to find a different way of working. In terms of operations, we are good: we have really good pitstops, we’re good at strategy.

“I don’t think there are a lot of things that go wrong there.

“Besides that, clearly this year we were lacking in power. There are quite a few things we have to work on to be able to fight them (Mercedes).”

Mercedes has been the class of the field since 2014 when the current turbo-hybrid formula came into fruition, taking over from four consecutive years of Red Bull success with Sebastian Vettel.

An outwardly ambitious individual, Verstappen denied he is frustrated at his, and his team’s, inability to match the silver arrows.

“No, I’m not frustrated about that,” he claimed.

“I have a lot of respect for what they’ve achieved.

“I’m not frustrated about Lewis in a Mercedes car.

“To be honest, 90 percent of the field could win in that car. Nothing against Lewis, he’s a great driver, but the car is so dominant.

“Okay, maybe others wouldn’t be as dominant as Lewis is, but you accept the situation you are in and you just try to make the best of it.

“I’m not frustrated, I’m more focused on what can we do to try and beat them.”

Red Bull is currently in the market for a new engine supplier following Honda’s decision to step away from its involvement in the sport.

The Japanese manufacturer currently supplies both Red Bull and its sister team, AlphaTauri with engines.

It has been suggested the Honda power unit could form the base of an in-house engine project, or the team could revert to customer Renault engines from 2022.

Verstappen signed a new contract with Red Bull in February this year, a deal which should see the nine-time grand prix winner stick with the Milton Keynes squad until the end of 2023.