Seton opens up on his famous Bathurst drive of 1987

Seton opens up on his famous Bathurst drive of 1987 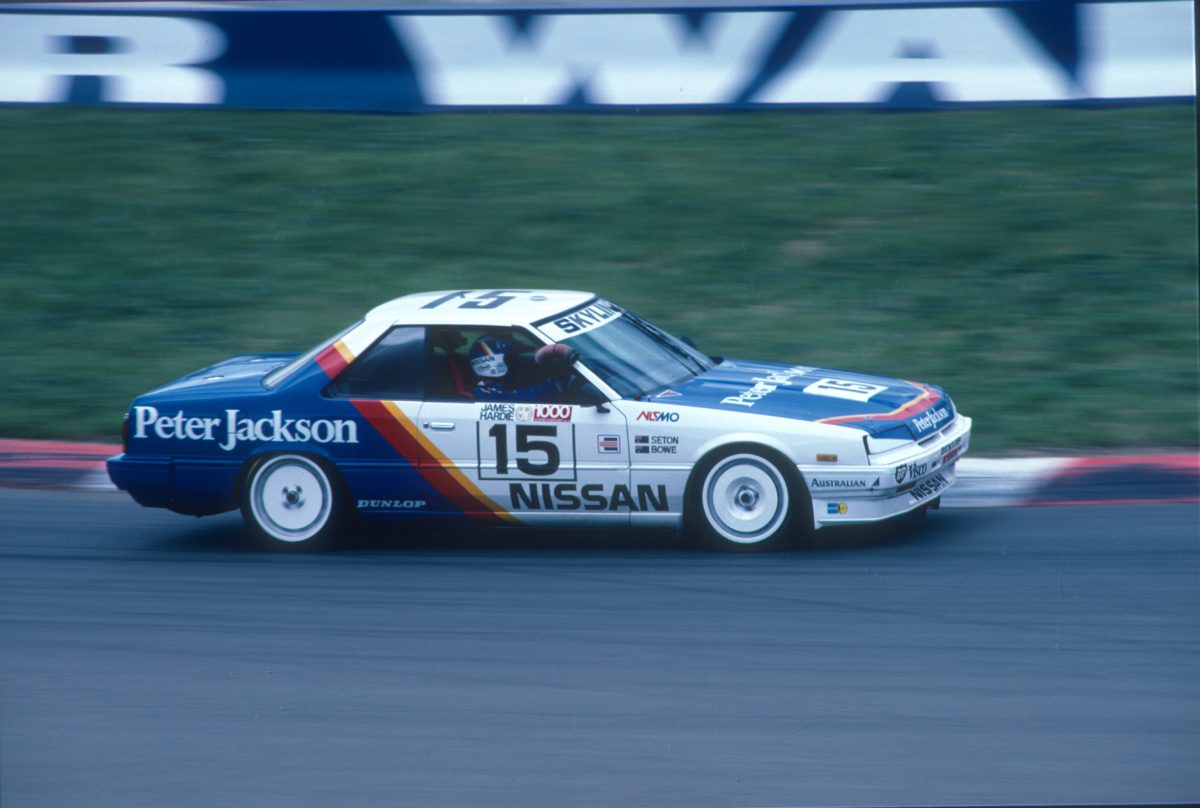 Glenn Seton at Bathurst in 1987

The in-car camera vision of a young Glenn Seton wrestling, sliding and slipping his way around a wet Mount Panorama at the wheel of a turbocharged Peter Jackson Skyline in 1987 are some of the most famous shots caught on video in Bathurst Great Race history.

Alongside his heartbreaking 1995 Bathurst campaign that ended with engine failure while leading just nine laps from home, the 1987 Bathurst race is the most popular topic of conversation for fans of Seton.

Excerpt: Seton on his famous Bathurst drive of 1987

The record books show 1987 was my first Bathurst podium result, finishing second with John Bowe. But we didn’t get to stand on the podium. And it should have been a win.

That year Bathurst was a round of the World Touring Car Championship, bringing out all the best teams and drivers from Europe, including the Eggenberger Ford Sierras. We could only rely on the Sierras breaking down because they had a lot more horsepower than we had with the same weight.

But it was a really enjoyable race because the BMWs and the Skylines were very equal in speed and we were all together for nearly the entire first stint. The factory BMWs, George and I were just swapping spots, it was fantastic, and we drove bloody hard, because we didn’t have the speed the others had.

Rain threw everyone a curveball during the race and the onboard television footage of me wrestling the car across the top of the Mountain while on slick tyres has become one of the best-known moments of my career. Fans still ask me about it today.

Looking back now it was crazy, but at the time it helped that I was getting towards the end of a stint when the rain arrived, so I had hot tyres and was in a rhythm. In that situation, when rain slowly starts to come down in different parts of the track, you can adapt to it easier than coming out of pitlane on wets onto a wet track. Your confidence is a little bit scarred when you drive out of the pits in that situation, but I’d already done 20 laps in the dry and we were ripping along at a good pace.

Only once did I think I was going to crash. It got away from me down Conrod Straight; I had two wheels on the dirt to driver’s left, trying to coax it back onto the road. Dad later told me that Fred had been on the radio telling me to slow down, but for whatever reason I never heard it. Radio reception was notoriously bad at Bathurst.

At the time, I was surprised to be passing all these Europeans in Sierras and BMWs across the top of the Mountain like they were dawdling. I was thinking ‘get on with it guys, come on’.

Unfortunately, all that effort was later undone by the Safety Car, which was being used at Bathurst for the first time after years of stricken cars being recovered by tilt tray trucks under local yellow flags. They had two Safety Cars that year, one at the top of the Mountain and one at the bottom, and the pitlane was closed until the next Safety Car came around.

We just happened to be doing a pitstop when the Safety Cars came out. So when we went to re-join, the exit was closed off and we were stuck. That put us down a lap on Peter Brock’s car, which was eventually declared the winner when the two Eggenberger Fords were disqualified for a technical infringement.

It was a very anti-climactic end for us. We didn’t get to stand on the podium because of that situation in the pits and then once the Sierras were disqualified some weeks later, we knew we should have won.