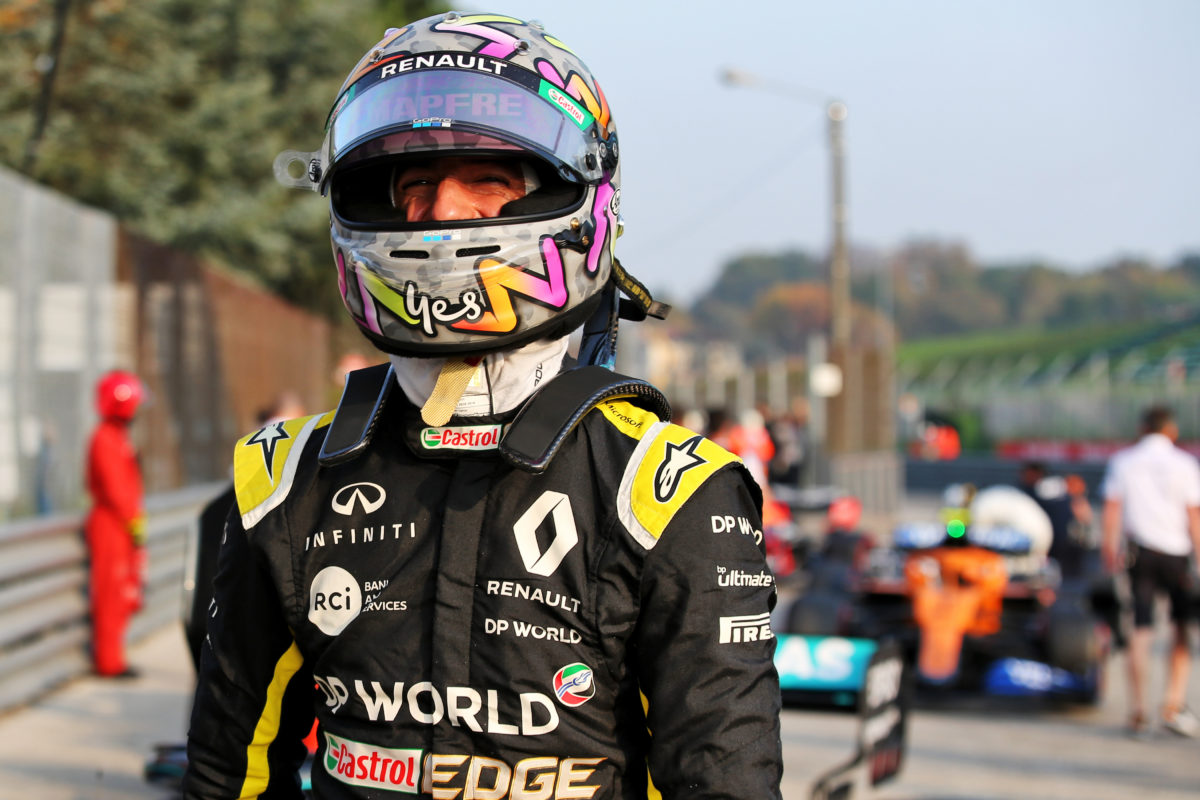 Daniel Ricciardo hopes to add one of Sebastian Vettel’s race helmets to his growing collection.

The Australian has traded helmets with his peers over recent years, amassing a small collection in the process.

One of those he hopes to gain is that of his former Red Bull team-mate Vettel.

“I haven’t done a swap with Sebastian and, because he was a team-mate, it would be nice to do that,” Ricciardo admitted.

“Maybe I have a bit more time as he is staying in the sport a little longer, but if he retired this year I had better get in quick.

“I’ll have to ask Sebastian as I am yet to do that.”

Alongside his helmet collection, Ricciardo has also amassed a handful of other items, most notably gifts as he departed his former teams.

“I’ve got some nice gifts for sure,” he said.

“Leaving Toro Rosso, now AlphaTauri, they gave me a steering wheel which I thought was really awesome.

“And then Red Bull gave me a dirt bike, so that was pretty awesome as well.

“I feel quite spoilt with these gifts.

“The helmet collection is coming on,” he added.

“Each year, I will try to do a couple of swaps and it is cool.

“I like to keep a collection for myself with my designs, but I also like to trade with another driver.

“For a driver it is the biggest sign of respect, so that is always fun, so we will see who we will do swaps with this year.

“But helmets take up a lot of space, so I need to start organising a proper room to keep them all in, but it is a nice problem to have.”