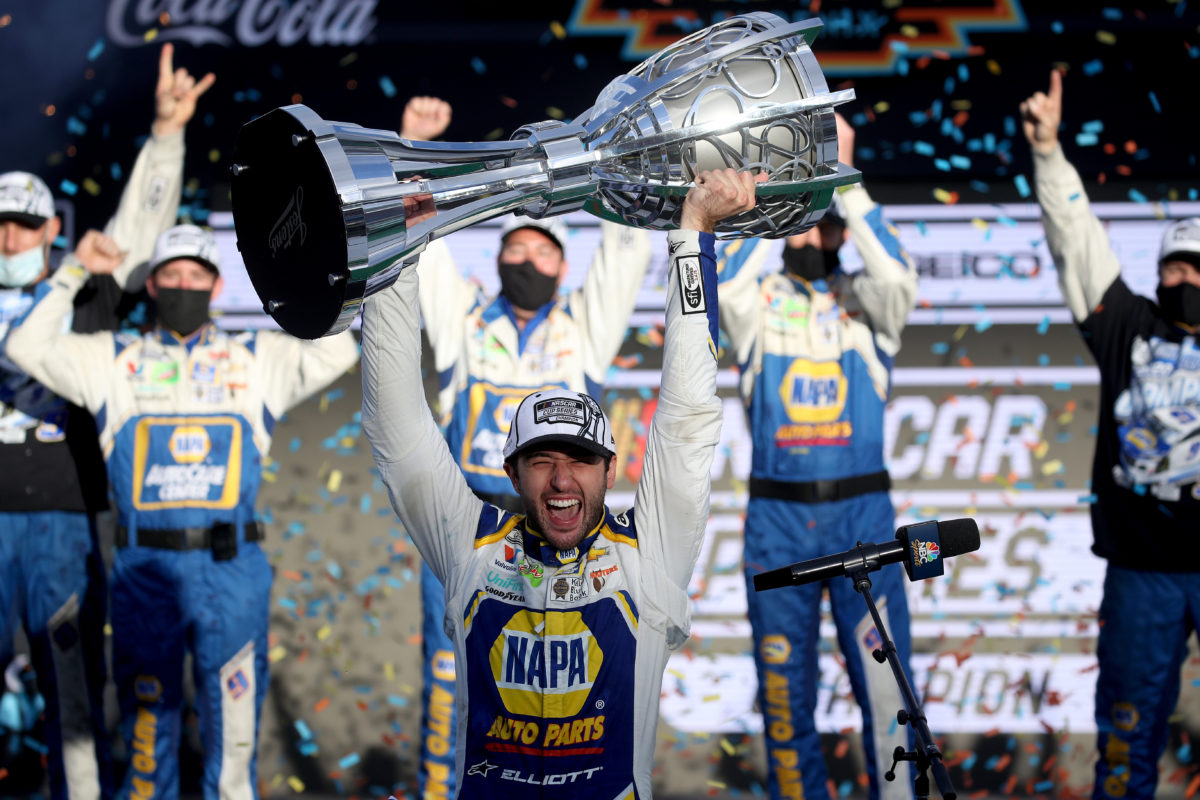 Chase Elliott has won the 2020 NASCAR Cup Series title after claiming victory in the season-ending event at Phoenix Raceway.

The Hendrick Motorsports driver rose from the rear of the field after twice failing pre-race technical inspection to dominate the 312-lap race.

Elliott led a race-high 153 laps, climbing from the back to sit inside the top 15 within 16 laps of the race start.

The decisive move came when he overhauled Joey Logano for the lead with 42 laps to run, moving beyond the Team Penske driver courtesy of lapped traffic.

The 24-year-old then went on to win the race over Brad Keselowski with Logano third and Denny Hamlin fourth.

“I’m at a loss for words; this is unbelievable,” said Elliott after the win, his fifth of the year.

“I just can’t say enough about our group; I feel like we took some really big strides this year and last week was a huge one, and to come out of that with a win and a shot to come here and have a chance to race is unbelievable.”

Elliott had gained his chance to race for the title by winning last time out in Martinsville, ensuring he was one of the four drivers vying for the 2020 title.

The Chevrolet driver ended the campaign with five wins, five pole positions, 15 top five results, and 23 top 10s over the course of the 36-race schedule.

Elliott was joined by Jimmie Johnson, who finished fifth, as they toured the Phoenix circuit side-by-side after taking the chequered flag.

The event marked Johnson’s last as a full-time competitor in the Cup Series after nearly 700 races spanning two decades.

A seven-time series champion, the 45-year-old chalked up 83 wins, all for Hendrick Motorsports.

His team-mate’s series success marked the first time the team had won the title since Johnson’s last in 2016.

Australian James Davison took the flag in 33rd, 10 laps down after he crashed at Turn 2 on Lap 161.

Pole sitter Logano had led the field at the end of the first stage before Keselowski put a move on Elliott at the final turn to end Stage 2 on top.

The third stage ran without interruption, the #9 moving into the lead to build a 2.7 second advantage at the chequered flag.