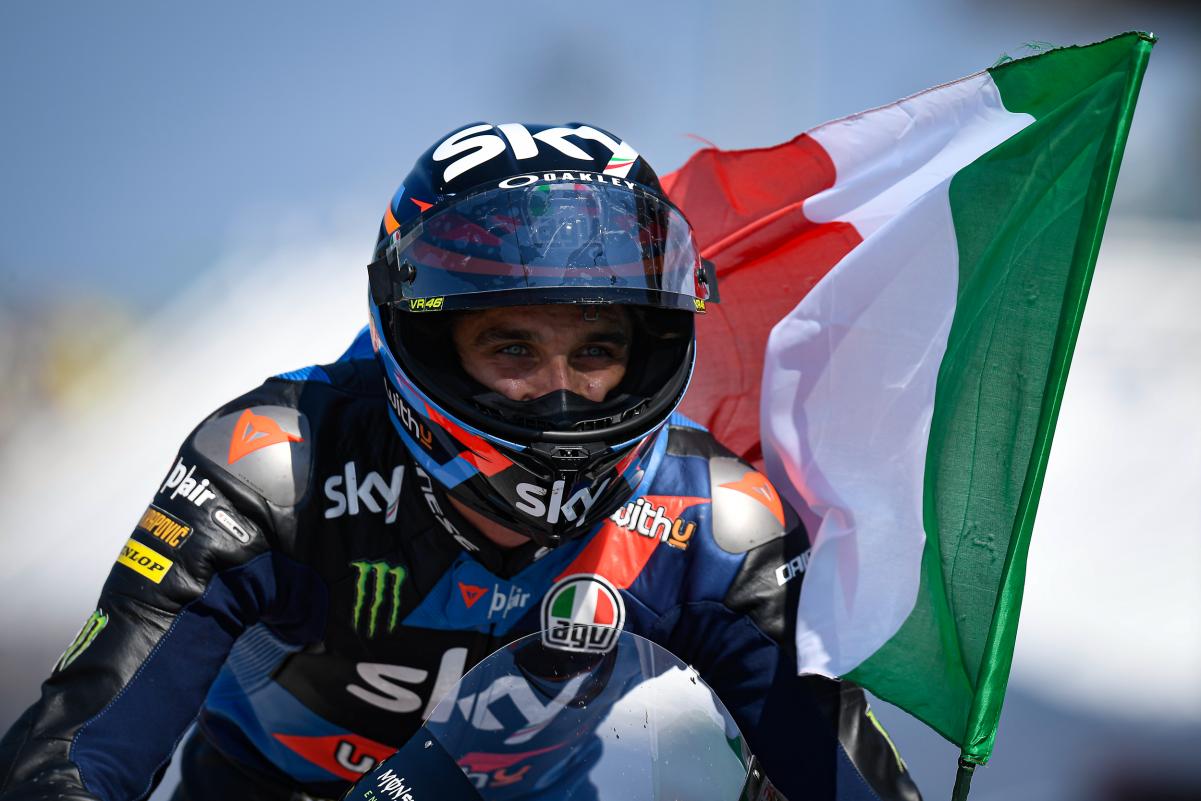 Esponsorama Racing’s line-up for the 2021 MotoGP season has been finalised with confirmation that Valentino Rossi’s half-brother, Luca Marini, and fellow Moto2 star Enea Bastianini will make the step up.

Marini will race in the colours of Rossi’s Sky Racing Team VR46 operation as part of the agreement with the Andorra squad and Ducati.

The Italian marque had elevated Esponsorama to satellite status ahead of the current season in conjunction with the placement at the team of Johann Zarco, who moves up to Pramac Racing next year.

Fellow Esponsorama incumbent Tito Rabat, however, has lost his ride despite having a contract for 2021.

Bastianini and Marini currently sit second and third in the Moto2 championship respectively, with three wins each this season.

Said the latter, “Competing in MotoGP is every rider’s dream.

“Having this great opportunity and being able to share it with the Sky Racing Team VR46, Esponsorama Racing and Ducati is even better.

“In these years with the team I have gained experience, I have grown and I have achieved the first important results.

“We are in a crucial phase of the season, we will continue to work hard to reach the maximum goal before making this big step together.”

Fellow Italian Bastianini remarked, “I am very happy to go up to MotoGP with Ducati and Esponsorama Racing.

“Now I have to concentrate on finishing the season as I would like to go up as World Champion, although I know it will not be easy.

“Next season several riders will make the leap to MotoGP, we will start a new adventure together with the fastest riders in the world in which I think that together with the team I will be able to achieve good results.”

The 22-year-old Bastianini and 23-year-old Marini make for three rookies in Ducati’s ranks next year after Jorge Martin was named Pramac’s other rider for 2021, just over a month ago.

“We are very pleased to have reached this agreement thanks to which two young Italian talents will be able to make their debut in MotoGP next year on our Desmosedici GP bikes entrusted to the Esponsorama Racing team,” said Ducati Corse’s General Manager, Luigi Dall’Igna.

“This year Raul Romero’s team has shown that it has reached an excellent level of professionalism. Thanks to the renewed technical support that we will provide to the Andorra team in 2021, we are sure that it will support Enea and Luca in the best possible way in their first rookie season.

“Both Bastianini and Marini have shown to be highly competitive in Moto2 this year, and we are sure that the time has come for them to move up to MotoGP.

“We will provide them with all the necessary support to accompany them on their way to the top category.

“With this decision, Ducati intends to continue with its strategy to enhance the young talents, that has already led Pecco Bagnaia to make his debut in MotoGP with Pramac Racing in 2019 and to reach an important goal for 2021: to wear the colours of the official Ducati team.”

Bagnaia will join Jack Miller at the factory Ducati Team next year after his first two seasons in the premier class, at Pramac.

Zarco was Ducati’s best qualifier for this weekend’s European Grand Prix, putting his GP19 fourth on the grid.

Race start is due at midnight (AEDT).