Miller demoted to seventh on grid at Valencia

Miller demoted to seventh on grid at Valencia 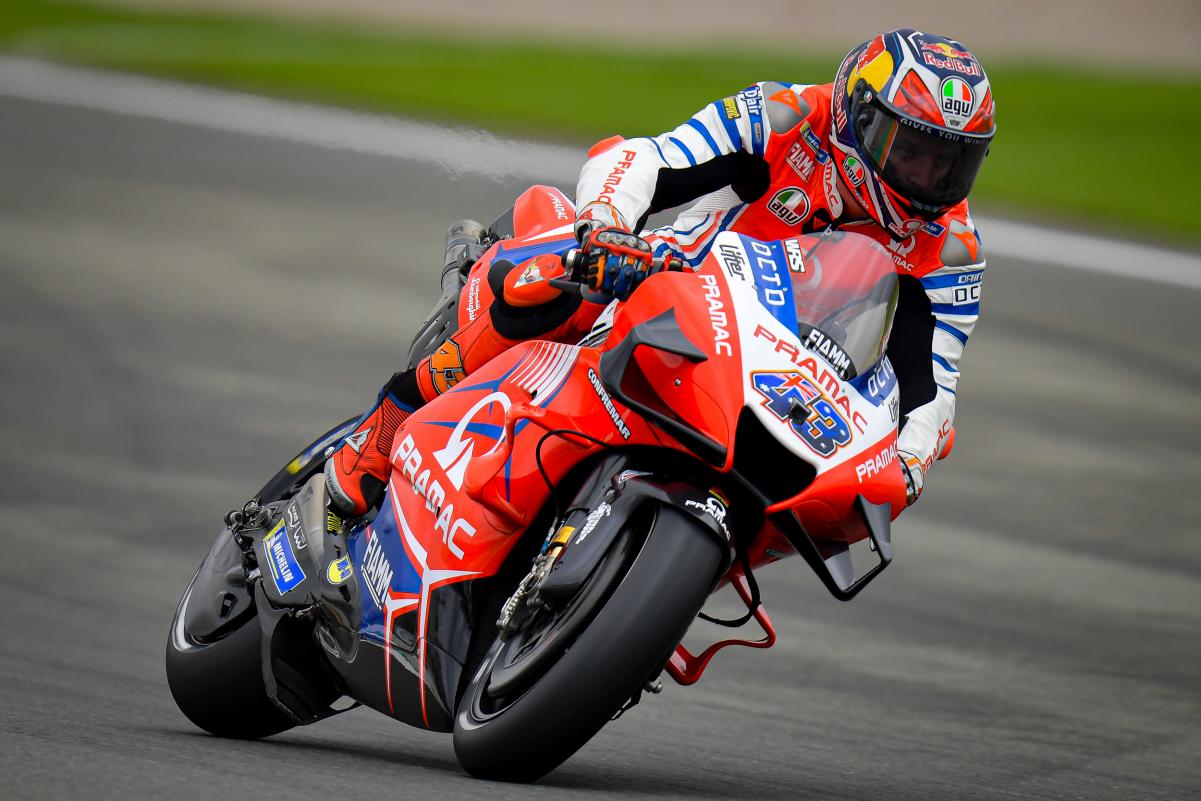 Jack Miller has been demoted to seventh on the grid for the European Grand Prix having initially been classified sixth in qualifying at Valencia.

UPDATE: Miller back on Row 2 due to Espargaro grid penalty

The Pramac Ducati rider lost his berth on the second row to Aleix Espargaro, who was originally credited with a fastest lap of 1:40.997s but is now showing in sixth with a 1:40.893s against his name.

That means they in fact have identical personal best laps, with the tie broken by Espargaro’s second-fastest lap, which the 1:40.997s now counts as, being superior to Miller’s 1:41.345s.

No official explanation has yet been provided, although it would appear that the Gresini Aprilia rider was given back a lap time which had been cancelled due to the presence of a yellow flag for Takaaki Nakagami’s crash at Turn 14.

That rule has been in place since Round 2 of this season, but discrepancies between the information which Race Direction is seeing and what is actually being displayed on the race track have arisen as recently as the previous round in Aragon.

On that occasion, six riders, including Miller, had cancelled qualifying lap times reinstated after the fact.

He and Espargaro are the only two riders affected by the change to the qualifying classification for the European Grand Prix, given they were initially credited with sixth and seventh respectively.

The grid will nevertheless be different to that classification due to a pit lane start for Maverick Viñales, as sanction for the Monster Energy Yamaha rider having to use a sixth engine for the season.

Viñales would otherwise have started 15th after failing to get out of Qualifying 1, with Castrol LCR Honda’s Cal Crutchlow first of those to benefit from his penalty.

Race start is due at midnight (AEDT).