Miller back on Row 2 after Aleix Espargaro penalty

Miller back on Row 2 after Aleix Espargaro penalty 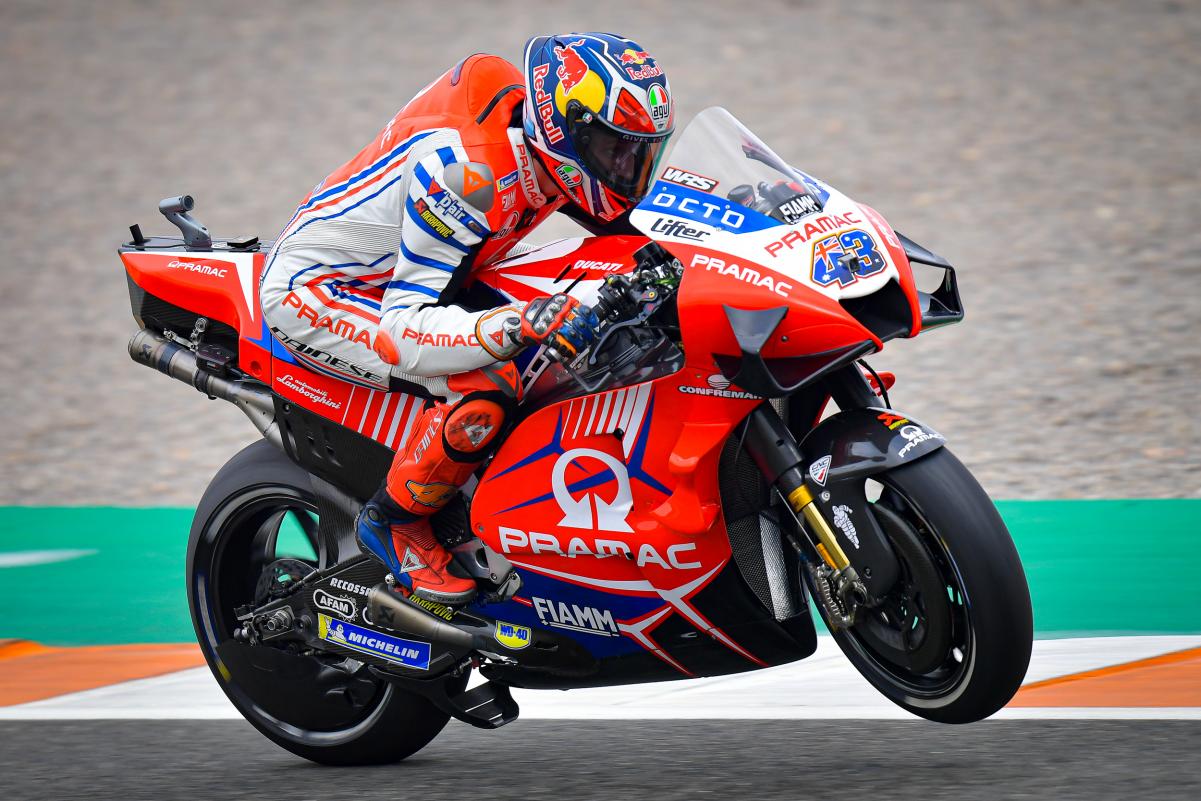 Jack Miller has been restored to Row 2 of the grid for the European Grand Prix after Aleix Espargaro was handed a penalty.

Miller had initially been shown as sixth-fastest in qualifying before Espargaro was credited with an identical lap time, and therefore classified in sixth by virtue of a better second-fastest lap.

However, the #41 Gresini Aprilia entry has now been issued a three-position penalty for failing to respect a blue flag while exiting pit lane during Qualifying 2.

As such, Espargaro drops to ninth on the grid, while Miller is again set to start from sixth on his Pramac Ducati.

“On 7 November 2020 at 15:25 during the MotoGP Q2 session of the GRAN PREMIO DE EUROPA you were observed to be not respecting the blue flag while exiting pit lane,” read the official Notification of Sanction, in part.

“This resulted in interfering with another rider and has been confirmed via video and data.

“This contravenes Article 1.21.1 of the FIM World Championship Grand Prix Regulations ‘Riders must ride in a responsible manner which does not cause danger to other competitors or participants either on the track or in the pit lane’.”

According to MotoGP’s official website, it was in fact Morbidelli who was interfered with by Espargaro when he committed the breach.

Race start in Valencia is due at midnight (AEDT).