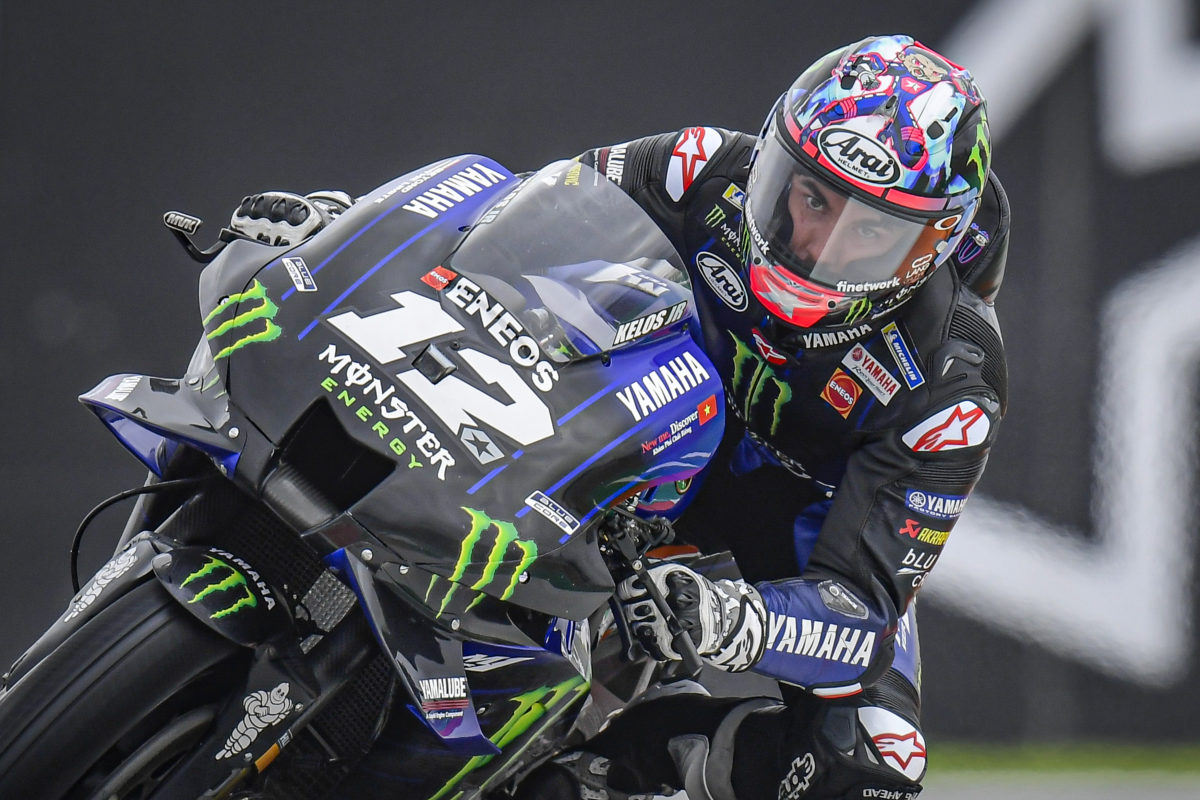 Yamaha has claimed that the valves in its illegal engines were not of a different design specification after its teams were stripped of the points they earned in the season-opener.

In a further development in the saga, Maverick Viñales will have to start this weekend’s European Grand Prix from pit lane after being forced into using a sixth unit for the season.

Viñales, Fabio Quartararo, and Franco Morbidelli had escaped direct sanction, with points only taken from Yamaha as a constructor plus its factory team and SRT, but the former rider has been brought undone by the need to ration engines due to the earlier issue.

The Japanese marque dropped from first to third in the Constructor Championship having lost 50 points, with Petronas Yamaha SRT losing all 36 points it earned in the Spanish Grand Prix and another achieved by Morbidelli after he used one of the illegal engines in qualifying in the Styrian Grand Prix, while Monster Energy Yamaha MotoGP dropped 20.

The punishments will not be appealed, although the guilty party claims no intent of wrongdoing.

“Yamaha Motor Co., Ltd. acknowledges, respects, and accepts the decision of the FIM about the incorrect protocols that were followed. It will not appeal against the FIM‘s sanctions,” read a statement from the manufacturer.

“Due to an internal oversight and an incorrect understanding of the current regulation, Yamaha omitted to give prior notification to and gain approval from the MSMA for the use of valves by two manufacturers.

“Yamaha would like to clarify that there was no malintent in using the valves of two different suppliers that were manufactured according to one common design specification.

“Following the sanction given by FIM on Thursday 5th November, Yamaha remains fully committed to supporting its MotoGP riders and the two teams in their title quest.

“It will make extraordinary efforts to still compete for the 2020 MotoGP Constructor and Rider World Championship trophies.”

Viñales (Monster Energy Yamaha) is currently third in the championship, and second of the Yamaha riders, 19 points behind Suzuki’s Joan Mir, but will now have to wait for five seconds after the green light at pit exit to start Sunday’s race in Valencia.

The Spaniard, who had been using the same two engines (one per bike) for the previous six rounds, was blunt in his assessment of the situation.

“You can imagine the feeling we have, that every year we are throwing away the opportunity to win the title by mistakes,” he said.

“So, sure my feeling is very bad. But I have perfect situation at home, I have a perfect life, I don’t want to be angry anymore, I want to be happy.

Quartararo started using a fifth engine four rounds ago at Catalunya, and has raced with it for all but the rain-affected French Grand Prix since then, while SRT team-mate Morbidelli is in an even more precarious position after having an engine withdrawn from his allocation just three rounds into the campaign.

Both made the top 10 on combined times after Friday practice for the European Grand Prix, with the possibility of rain again in Free Practice 3, while Pramac Racing’s Jack Miller is fastest so far this weekend.