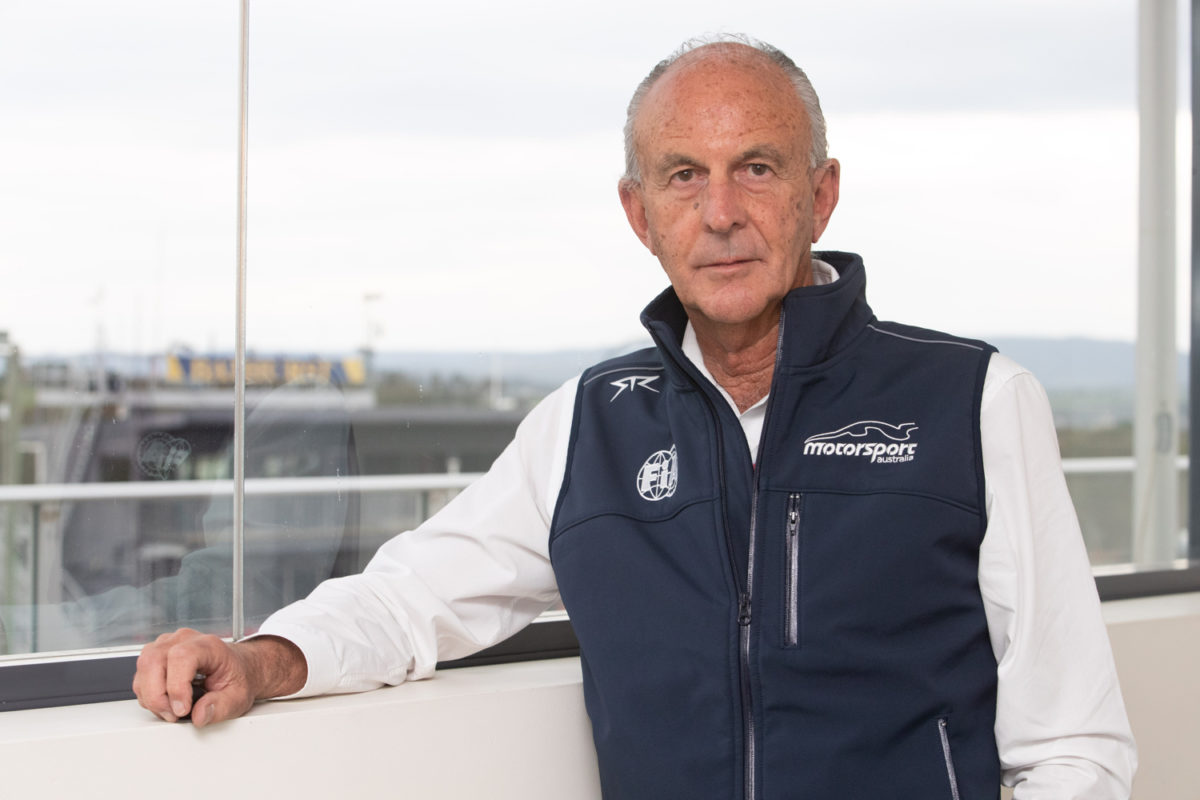 Tim Schenken has highlighted the increased use of technology within Race Control over recent years as the latest gain in motorsport’s quest for improved safety.

Great strides have been made in recent decades when it comes to safety, with changes to procedures involved in recovering cars and how the race is neutralised protecting marshals, competitors, and equipment.

That has been aided by significant investment in circuits, with improved safety facilities, coupled with an engineering approach designed to minimise risk should a car leave the racing surface.

The introduction of technology has been somewhat more subtle, but has given Race Control greater visibility than it’s ever had.

“The challenge for me, as a race director, are the drivers and the teams and managing that,” Schenken told Speedcafe.com.

Part of that evolution has been the introduction of telemetry within teams, data which is now proving useful in the management of races.

“The sport slowly evolves and you evolve with it and you don’t really notice the changes because it’s just gradually improving and getting better,” Schenken explained.

“Where we can do better is better managing or monitoring the speeds of cars and yellow flag sectors, whether the single yellow flags or double yellow flags,” he added.

“The same under Safety Car, being able to monitor the live speed.

“You don’t want to go into it later and then start issuing penalties; you want to be able to manage that and address it at the time, when it happens, not later on.”

The introduction of in-car systems to warn drivers has been another step in the right direction.

It was a move expedited following a heavy crash for John Martin during the Bathurst 12 Hour in 2018.

There are opportunities to expand that system too, with more information able to be delivered directly to the driver.

“We need to develop that to include yellow flags, slippery surface flags and white flags, so that’s another exciting thing that we’re just at the start of,” Schenken said.

“It’s very well developed in Formula 1, but of course, they’ve got the budget to do that.

“But you learn from that and the development of that is the most expensive part; as they refine it and get it right, and learn, then you can pick up from that and use it yourself.

“A good example is when we have a car stopped on the circuit,” he added of Race Control gaining the ability to view live telemetry from cars.

“We can see if the engine is running, we can see if the driver’s in gear or whatever, so we can make a decision pretty quickly as to whether to stop it (the race) or Safety Car it.

“Before, we waited or we made a call and then found out the car drove off, so it’s that sort of technology or that data that we now get live.”

Even the introduction of Hawk-Eye from a judicial standpoint, and the advent of closed circuit television and broadcast cameras, has added to the ability for Race Control to manage events more easily and quickly.

“Another great asset for (Supercars Driving Standards Advisor) Craig Baird is now we’ve got the feeds from all the TV cameras, in-car cameras as well,” Schenken said.

“We’ve got those timestamps so when there’s an incident, he can go back to the point of the incident and find all the cameras, what they were showing at that time.

“So, not only do we just have one angle, we could have three or four angles, and an in-car angle.

“Therefore you can make a proper judgement on if there’s a breach of the regulations and apply the penalty.

“Not that we love to apply penalties, but if you’re going to apply a penalty, you want to apply during the race rather than afterwards.”

Schenken looks set to continue as Supercars Race Director for next year, after telling Speedcafe.com last month that he’s no intention of retiring just yet.