Sieders: SuperUtes critics can be won over in time

Sieders: SuperUtes critics can be won over in time 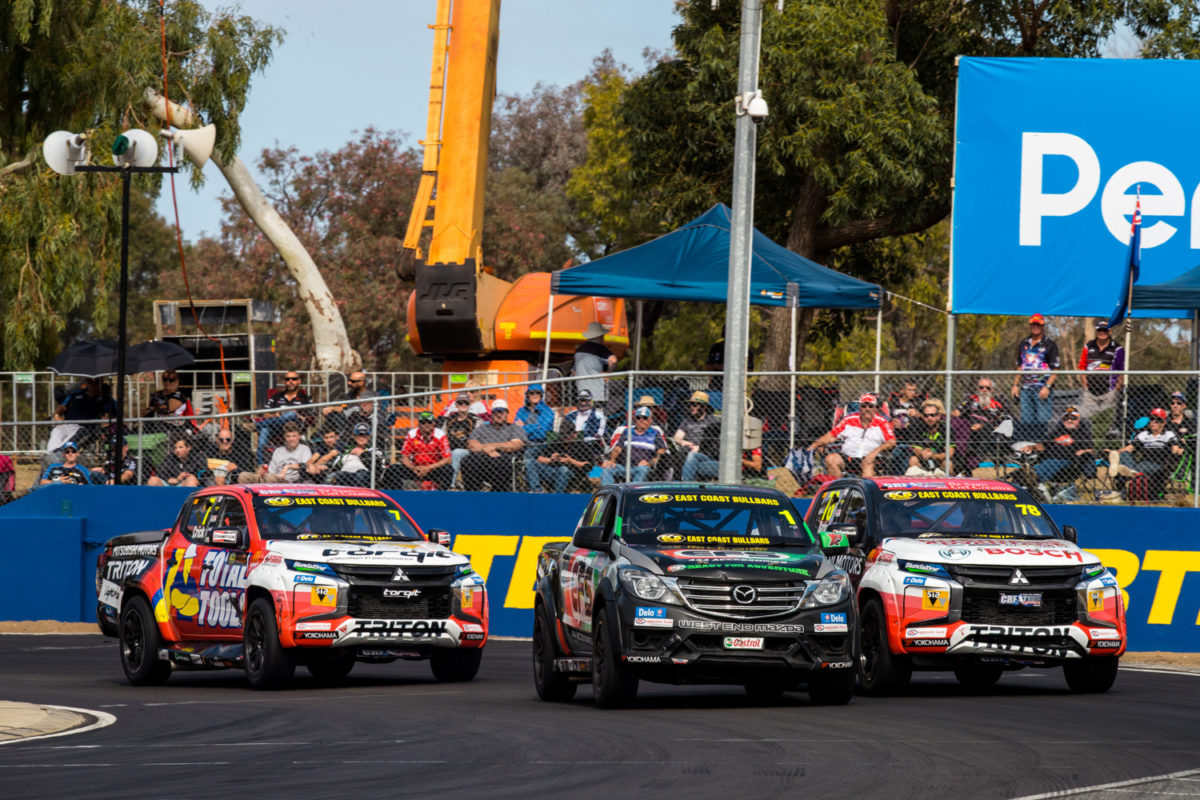 SuperUtes at Wanneroo Raceway in 2019

SuperUtes team owner Luke Sieders believes that critics of the category, which will return next year with V8 power, can be won over in time.

The Sieders Racing Team accounted for around half the field during the initial two years of SuperUtes, when turbo diesel was the standard, and Sieders himself is essentially the leader of the V8 switchover project.

While that move appears to have won favour among some fans, negativity exists towards the decision to install a Chevrolet LS3 engine in all models across the field.

There is still also great affection for the old V8 Utes series comprised of Commodores and Falcons, and some dislike of racing dual cabs generally.

Sieders, who was also part of that era of ute competition, maintains that the category was struggling in its final years and that the V8 SuperUtes will have driver, fan, and commercial appeal.

“The harsh reality was, V8 Utes, we struggled to get 12 or 14 of them at the last Newcastle round (2017), and the numbers that we got were only because it was the last round,” he told Speedcafe.com.

“The reality is, now we can get sponsors for these utes, they’re market relevant, they’re cost-effective, and they’re going to be fun to drive.

“Everyone that’s driven them, even with the diesel, said they’re great fun to drive and they’re keen to look at the whole V8 concept.

“Like anything, give it time. Haters are going to hate but eventually they’ll come around, and they’ll realise that, yes, back in the day we raced VB Commodores and XF Falcons but stuff has to move on and, unfortunately, we can’t buy a Commodore or Falcon any more.”

Christopher Formosa was first to put a SuperUte with its new spec of engine through its paces at Sydney Motorsport Park, in September.

Although he did not drive the Ford Ranger in a race that weekend, as had been tentatively planned, that running would have been out of the way at the back of another category’s field.

The outing is said to have been encouraging, with Formosa already matching the lap times he achieved in his previous generation V8 Ute.

“All reports from Chris, he matched the lap times that he did in his old V8 Ute in the SuperUte, so that’s all positive stuff,” said Sieders.

“Realistically, that’s only scratching the surface. Once he gets used to driving the SuperUte with that engine… he’s already comfortable with the old V8 Ute.

“Once we develop them a bit more, they’ll be a good package.”

Ryal Harris, a series winner in both incarnations of ute racing, had stated early in SuperUtes’ life that the vehicles are much better race cars than the old V8 Utes, but needed more power to win over fans.

Early indications are that the SuperUtes will enjoy 400hp, and will be easier to drive due to steadier power delivery compared to the ultra-torquey diesels.

Sieders also reaffirmed that centre of gravity will drop, addressing another bugbear of the brief turbo diesel era.

“The big thing everyone’s been on about is centre of gravity and ride height,” he added.

“When you open the bonnet now, you’re looking down into the engine bay now to find the engine, but with what we’re doing with Haltech (local engine management company) and the engine swap, we’ve saved between 60 and 80kg on every car on high front axle weight.

“It’s a pretty considerable change that we’re doing to all that sort of stuff.”

Development of the V8 SuperUtes is ongoing.