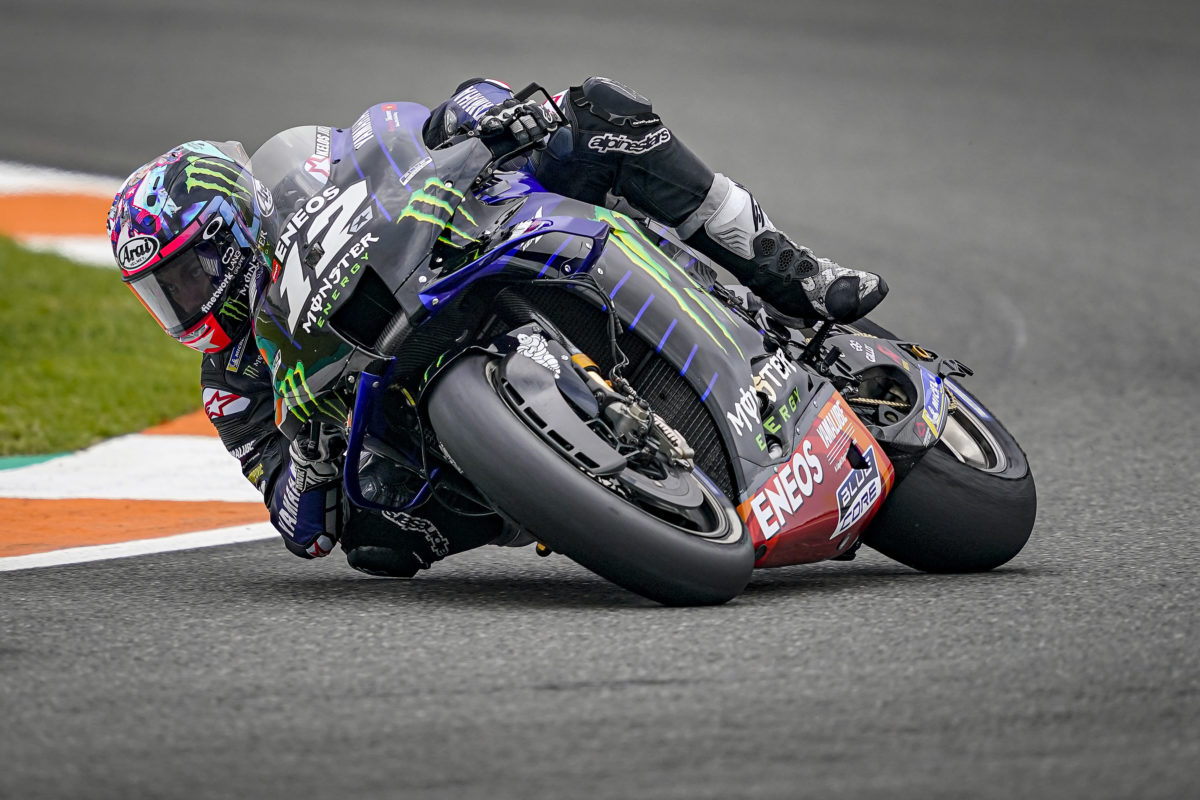 Valentino Rossi will return to the race track for Free Practice 3 at Valencia but five more Yamaha crew members have been put into isolation due to a COVID-19 infection.

Rossi missed the two Aragon rounds and also had to sit out Friday practice at this weekend’s European Grand Prix as he awaited results from a second coronavirus test, per FIM requirements.

While the Italian is back, after Garrett Gerloff took his place in the first two practice sessions, five members of the Monster Energy Yamaha MotoGP squad have had to leave the race track, including Team Director Massimo Meregalli.

According to Yamaha, one of Maverick Viñales’ crew members tested positive, while four others were deemed close contacts and therefore also required to isolate.

They will not be replaced this weekend, while increased PCR (polymerase chain reaction) tests have been scheduled as a precaution.

Although Rossi will get to ride this weekend, he will be hoping for dry conditions in FP3 in order to have a chance of direct passage to Qualifying 2, after rain affected the first session of the round in particular.

The infection is the latest setback for the Japanese marque this weekend, after stewards penalised Yamaha and its teams for use of illegal engines in the season-opener, and again at the Styrian Grand Prix.

Viñales has since incurred a penalty of his own, namely a pit lane start tomorrow, having had to use a sixth engine for the season due to reliability issues and the setting aside of the illegal units.

Jack Miller was fastest in both sessions so far on his Pramac Ducati, while practice continues this evening, followed by qualifying in the early hours of tomorrow morning (AEDT).