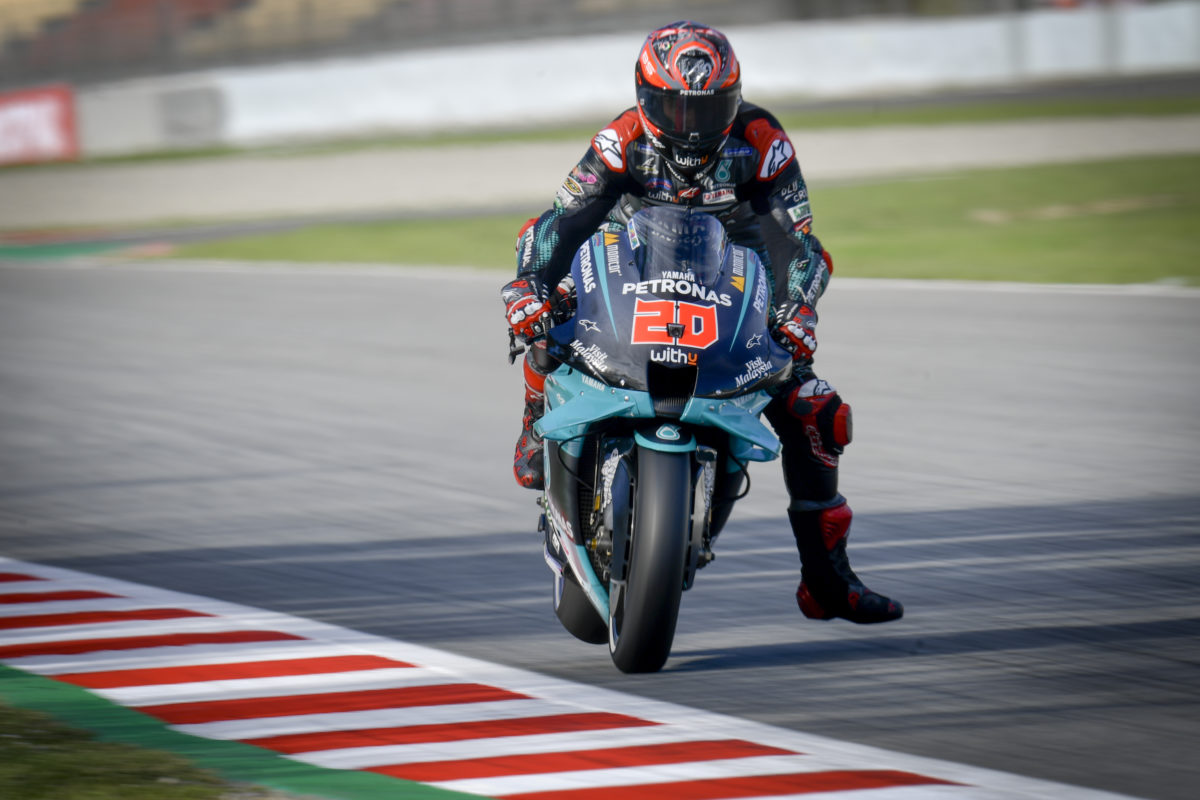 Yamaha as a constructor, as well as its factory team and SRT, have been docked of points due to a breach of technical regulations.

While the riders, including championship contender Fabio Quartararo, are unaffected by the punishment, Yamaha has lost its lead in the Constructor Championship.

The Japanese marque has been relieved of 50 points, with Petronas Yamaha SRT dropping 37 in the Team Championship and Monster Energy Yamaha, 20.

Stewards found that “Yamaha Motor Company due to an internal oversight failed to respect the protocol which requires them to obtain unanimous approval from MSMA for technical changes.”

The Notifications of Sanction which have been publicly distributed are light on detail but the punishment relates to the engines which the M1s used in the season-opening Spanish Grand Prix, and for some sessions at the Styrian Grand Prix, reports Marca.

Yamaha’s four riders are in a precarious position on engine mileage after early season reliability problems which compromised their allowances of five units per entry (noting that a MotoGP entry is two bikes per round).

Factory rider Valentino Rossi failed to finish the Spanish Grand Prix due to an engine problem, as did SRT’s Franco Morbidelli at the second Jerez round, the Andalucian Grand Prix.

Yamaha sent units back to Japan after the Spanish Grand Prix, before lodging a request with the MSMA (manufacturers association) to unseal its engines due to an issue with the valves.

It would withdraw that request, ostensibly due to finding out more about the nature of the drama.

“One week ago we, Yamaha, made a request – not directly to the MSMA, but to the MotoGP Technical Director, because that’s the protocol if you want to open the engines in order to replace some part for a safety issue,” Yamaha Motor Racing’s Managing Director, Lin Jarvis, told MotoGP’s official website from the second Red Bull Ring round in August.

“We made a request to replace some valves in the engines that we had stopped using since the two failures we had in the Grand Prix 1. We were then requested to provide more specific evidence, both from the manufacture of the valves and also the specific properties of the valves.

“During the one week since, we investigated deeply inside the factory and also we are in contact with our vendor and finally we were unable to provide the documents that were required and requested. And also at the same time, we discovered much more about the valve issues that we had.

“So finally we withdrew. It was a very short (second) meeting yesterday in that sense because we formally withdrew our request. What we will do to manage the situation is in the meantime we’ve been able to discover more deeply about the valves themselves, but also about the probable cause of the failures.

“So we will manage the situation. We are completely confident that we can manage without any safety issues on the track. We will do that by a combination of changing engine settings and also managing the rotation of engines throughout the season.

“The conclusion is; we have withdrawn our request, are confident going forward and will start to use some of those original engines from this weekend.”

MotoGP documentation shows that Morbidelli and Maverick Viñales each used an engine from the Spanish Grand Prix during the Styrian round, the former for practice and qualifying and the latter for practice only.

At no other time has any of Yamaha’s four riders used an engine from the first Jerez meeting.

It is also pertinent to note how the points penalties correspond to Monster Energy Yamaha’s and Petronas Yamaha SRT’s results at the Spain and Styria events.

The 20 points taken from the former equals those earned by Viñales for finishing second at ‘Jerez 1’, and the 37 from the latter equals the 25 for Quartararo’s first-up win plus the 11 for Morbidelli’s fifth and the point which the Italian got for coming 15th at ‘Red Bull Ring 2’.

Given there was no sanction applied directly to the riders, Quartararo, Viñales, and Morbidelli remain second through fourth in those standings on 123, 118, and 112 points respectively, behind only Suzuki’s Joan Mir on 137 points.

Yamaha has dropped to third on the Constructor Championship, 13 points behind new leader Ducati.

In the Team Championship, SRT remains second but its deficit to Team Suzuki Ecstar has ballooned to 44 points.

The third-last round of the season, the European Grand Prix, kicks off at Valencia tonight (AEDT).