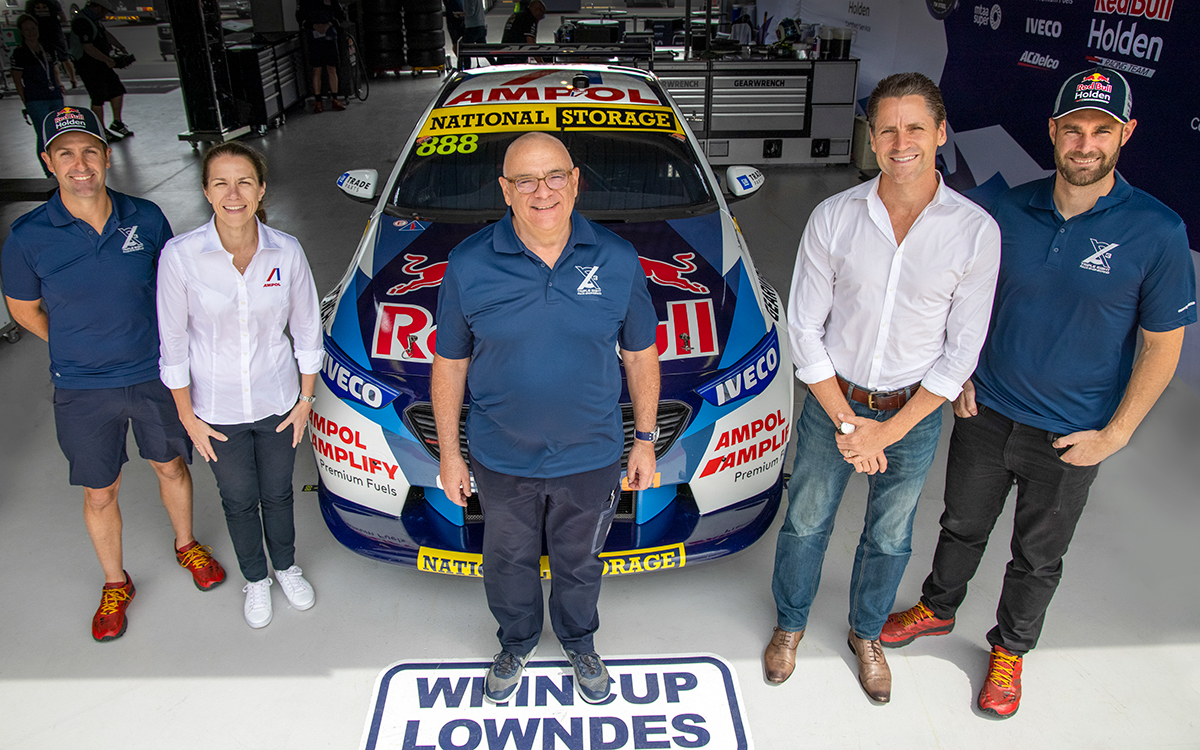 Triple Eight Race Engineering has announced the elevation of Ampol to co-title sponsorship status for the 2021 Supercars Championship, following the retirement of Holden.

It will be known next year as ‘Red Bull Ampol Racing’, having competed as the factory ‘Red Bull Holden Racing Team’ for the past four seasons.

While the iconic name has only just returned to the local fuel market, Ampol is in fact the longest standing partner of Triple Eight with the relationship dating back to 2005, when it was known as Caltex Australia.

It has therefore already been a naming rights sponsor on one of the Banyo outfit’s entries, namely the #888 car driven by Craig Lowndes in 2016 and 2017.

Ampol branding was placed on Jamie Whincup’s and Shane van Gisbergen’s ZB Commodores from August, when it began reappearing at Australian service stations, and will feature more prominently on those cars next year.

“The entire team at Triple Eight are thrilled to welcome Ampol as co-title sponsor for the next two years, joining Red Bull to bring Red Bull Ampol Racing to the Supercars grid in 2021,” said team owner Roland Dane.

“It’s not Ampol’s first time as a naming rights partner with us, having run TeamVortex in 2016 and 2017, and we’ve greatly enjoyed their passion for motorsport every step of the way.

“The relationship between Ampol and Red Bull is already well established and we’re very fortunate to have been able to play a part in their mutual success over the years, which will hopefully only go from strength to strength with Red Bull Ampol Racing.

Triple Eight has enjoyed some form of naming rights sponsorship from Red Bull since 2013, when it became ‘Red Bull Racing Australia’.

Holden was added to the commercial name with the move of factory status from Walkinshaw Racing, and both deals were renewed for two more years in 2019, before General Motors’ decision to retire the lion marque.

“We are excited to continue our nine-year partnership with Triple Eight and welcome Ampol to the team with great anticipation for what will be a strong 2021 season,” said Red Bull Managing Director Miles Wilson.

“Our partnership with Ampol on and off the track over the years has always focused on driving value for our brand and consumers, this is another great example of that partnership.

“We are thrilled to continue this relationship as co-title partners at Red Bull Ampol Racing.”

“Ampol’s knowledge and experience in fuel technology and global sourcing is unparalleled in the Australian market and the partnership with the Triple Eight team captures and celebrates our continued commitment to deliver the world’s best fuels technologies and high performance for all customers.

“Our longstanding connection to motorsport and its fans is a testament to our brand’s values and overall commitment to Australian sport, we want to continue fostering the connection between our brand and fans, and we look forward to continuing our strong relationship with co-title partner Red Bull as we leverage the racing team partnership for joint promotions and consumer activations.”

The company formerly known as Caltex Australia opted to bring the Ampol name back to its home market following American oil company Chevron’s decision to end a licencing agreement between the two parties last year.

The rebranding is to be completed by the end of 2022, while Ampol and Red Bull will continue their joint consumer activations.

Its new look, including liveries, will be fully unveiled in early 2021.