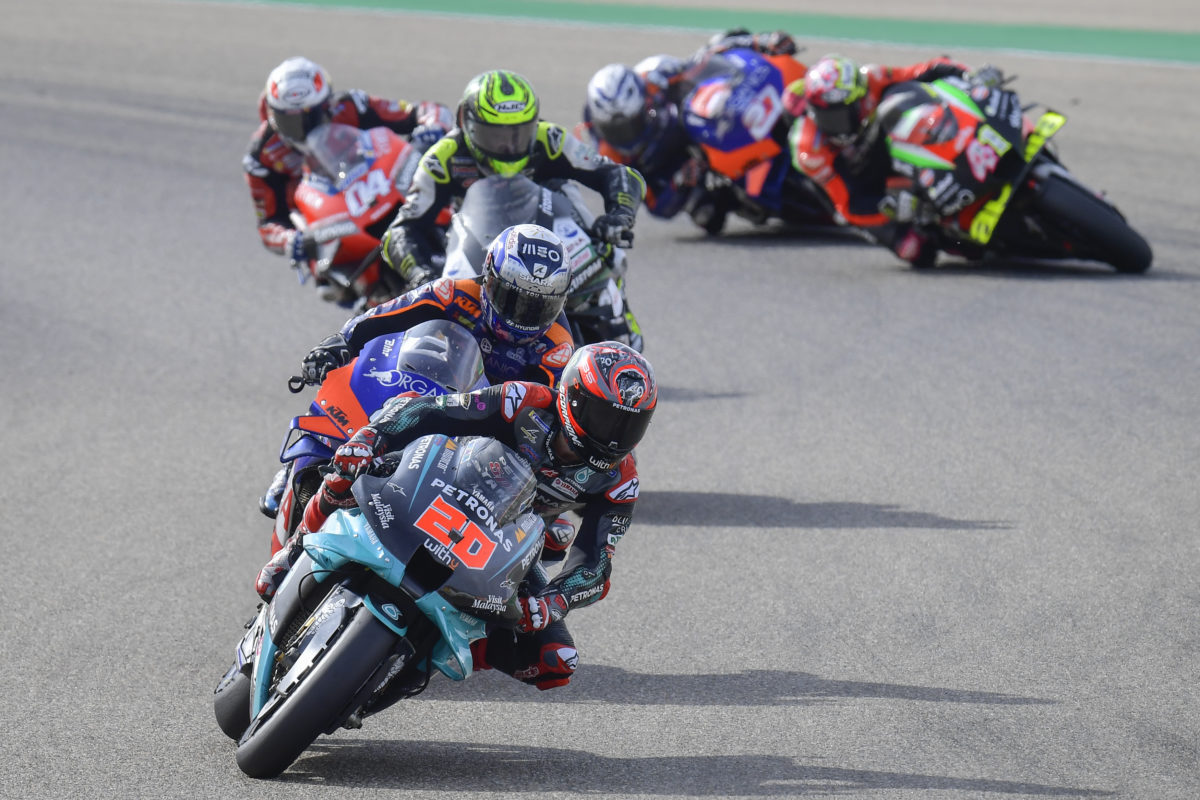 Dorna has released a provisional, 20-round calendar for the 2021 MotoGP season, including the return of Phillip Island.

The calendar has a very similar look and feel to what had come to be the standard for the championship, plus the belated debut of Finland’s KymiRing.

However, Indonesia’s Mandalika street circuit is now only one of three reserve circuits, having initially been set to host MotoGP for the first time next year.

As is now customary, the campaign begins under lights in Qatar before two flyaways in the Americas, and the European backbone of the season.

The four Asia-Pacific rounds, including Australia’s, fall on the first and last two Sundays of October, although Japan is now the first of them instead of Thailand.

Valencia, which plays hosts for the next two weekends, is once again the finale.

The 2020 curtain closer, Portugal’s Portimao, is set down as another reserve, as is Russia’s Igora Drive.

“We try to return to normality, we talked to all the promoters and made the normal calendar because it’s important to block the days and to know exactly on which days there will be the Grands Prix,” explained Dorna CEO Carmelo Ezpeleta.

“We’ll start in Qatar as usual, and finish in Valencia as usual for another year. And in the middle there will be 18 Grands Prix together with the first and the last.

“Obviously there are many things we don’t know yet, that’s why we’ve included three reserve Grands Prix to be allocated wherever it’s possible and also taking into consideration the weather considerations of each place.

“The most important thing for me and the message I want to give is that we will try and maintain the days with a Grand Prix on those days.”

The record 20-round season matches what was planned initially for this year, although one circuit is listed as ‘TBD’.

The grand prix in question would be that of the Czech Republic, pending resurfacing or Brno.

“As you know, there is no Brno on the calendar yet,” noted Ezpeleta.

“We’ve been talking to them for many years and always the requirement for FIM homologation is to have some works done to the circuit, especially re-surfacing, which is compulsory since the last GP.

“During the Safety Commission we decided it was compulsory. Unfortunately due to the changes, the South Moravian government have not been able to confirm this necessity to resurface and do the works needed for the Grand Prix.

“So we decided to not put it on the calendar and wait to see if they can achieve that; if not we will put reserve Grands Prix in that period. Not exactly there, because it depends if we have Brno or not.

“The first idea is that Brno has been on the calendar a long time and it’s an important Grand Prix, but it’s also important that the safety issues, especially resurfacing, is compulsory.

“If we don’t have confirmation, we can’t include it on the calendar. We will see exactly, but we have two reserves in Europe, Portimão and Russia, and Mandalika in Indonesia. It depends where the gap is and we’ll decide if it’s necessary or not to include the Grands Prix on the calendar.

“Franco Uncini (FIM Safety Officer) went to Igora Drive to look at it, it’s a really fantastic venue. We are looking at the possibility for it to be on the calendar.

“Today we have 20 GPs on the calendar and it’s not possible, but in case any of those are not possible, we will try to allocate Igora Drive as second reserve after Portimão.”

This weekend’s European Grand Prix is the 13th round of the season, the 12th for the premier class given its absence in Qatar, with two more planned for the year.

Ezpeleta is pleased with what has been salvaged given the disruption caused by COVID-19.

“This year we tried to compromise between the possibilities and the short time we’ve had given when the pandemic allowed us to re-start,” he explained.

“In Europe it’s not possible to race later than we are doing. We are here in Valencia and the weather is so-so – I hope it will be even better in Portimão!

“Unfortunately, we couldn’t travel outside Europe so we did the maximum we could, during this period from July until now.

“Including Qatar, we have had 15 Grands Prix and we’re very proud; everyone in Dorna, the FIM, IRTA, the teams… we are extremely happy with the result we’ve obtained working together in this difficult year.”