Yamaha puts WSBK rider on standby for Rossi at Valencia

Yamaha puts WSBK rider on standby for Rossi at Valencia 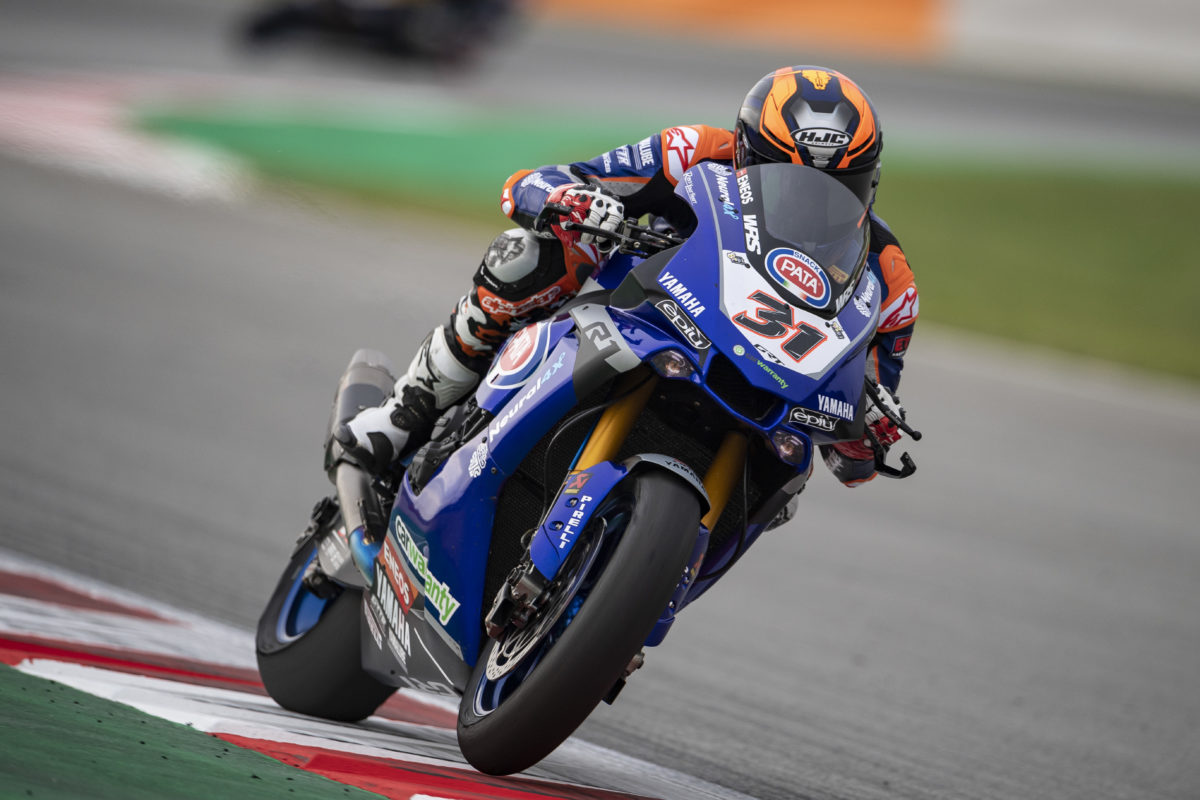 Yamaha has named World Superbike rider Garrett Gerloff, rather than three-time MotoGP champion Jorge Lorenzo, as the standby for the COVID-infected Valentino Rossi for this weekend’s round at Valencia.

Rossi missed the two Aragon rounds and tested positive again for the coronavirus on Tuesday (local time), meaning his participation in the European Grand Prix, the first of two rounds in Valencia, is also in doubt.

Monster Energy Yamaha opted not to field a replacement for the Italian last time around but is required to this time.

However, despite having Lorenzo in its ranks as a test rider, and having planned on running the Spaniard as a wildcard in at least the Catalunya Grand Prix before the pandemic hit, it has called up a rider who was a WSBK rookie in 2020.

Gerloff will ride if Rossi cannot record negative results to two COVID-19 tests, the first of which he was due to take on Wednesday (local time).

The development transpires after Lorenzo confirmed to Spanish media that he is indeed in talks with Aprilia about a test rider role there next year.

The 33-year-old undertook his first test for Yamaha since pre-season at Portimao last month, on a 2019-spec M1, where he was more than a second off the pace of the second-slowest rider.

“I want to continue as a test rider and my first option is still Yamaha,” Lorenzo told AS last week.

“Because I have won with them and I feel very good on the bike, but there are other options as well… The other option is Aprilia, yes.”

On his sluggish testing pace, the Spaniard said, “The reality is that I only did two days of testing in Sepang… And recently I had a day-and-a-half in Portimao.

“In June, when we were in ‘full COVID’ (restrictions), I was informed from Yamaha that there would surely be no more tests (this year) so I lowered my training pace…

“(Then Yamaha) told me that there was this test in Portimao and I started training as best I could. There was little time left and I did not arrive in the best shape, and above all I had not gotten on a MotoGP bike for eight months, which is a super extreme motorcycle.

“You lose your rhythm, your reflexes, your reaction time and to get all that back you need a few days of acclimatisation – whether your name is Lorenzo, Rossi or Marquez.

“If you add to that a circuit as difficult and strange as Portimao, with a team (put together) at the last minute, plus an old motorcycle, it is difficult to be competitive.”

Yamaha remains hopeful that Rossi will pass the necessary tests in what is his final season in the factory team.

“Whilst Valentino has been feeling better, we can‘t be sure that he will be able to ride in Valencia this weekend until he has passed the two PCR (polymerase chain reaction) tests with negative results for COVID-19,” explained Team Director Massimo Meregalli.

“These are strange circumstances: we don‘t know for certain who will be riding the bike this weekend, apart from Maverick (Viñales).

“But this is a situation that‘s beyond our control, so all we can do is make sure we are prepared for every eventuality.

“In any case, we are thankful to Garrett Gerloff that he is willing to take on the challenge of riding the YZR-M1.

“It‘s never an easy task to step in for Vale, these are big shoes to fill, and it‘s especially challenging for Gerloff, having had so little preparation and without any prior MotoGP experience. But that will make the learning experience all the more valuable for him.

“Of course, the team will do anything they can to support him, should he have to replace Valentino this weekend.

“But naturally we are all still hoping that Valentino will be able to ride, so we can finish his final season with the Factory Yamaha team in the best way possible.”

Gerloff finished 11th in his first season in WSBK, for the factory-supported GRT Yamaha squad.