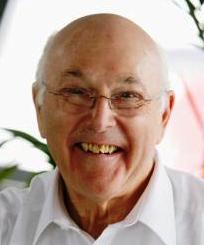 Iconic motor racing commentator Murray Walker says that the decision by the South Australian government to axe the Adelaide 500 from the Supercars calendar is “beyond belief”.

Walker was notified of the demise of the Adelaide 500, by the event’s former Media Manager Mike Drewer, who has been a long-time personal friend.

In reply to his communication, Drewer received the following email from Walker, long regarded as the voice of Formula 1, from his nursing home in England.

“What very sad news. I am grappling with a variety of old man`s complaints in an excellent nursing home and my condition has certainly not been improved by your email.

“To me it is beyond belief that Adelaide should no longer be hosting Supercar events which are, in my view, the best in the world and graced by being held on a magnificent circuit which reeks with exciting memories of brilliant events.

“Due to my physical condition I cannot send you a long email adequately to express my genuine distress at what seems to me to be an ill-judged decision which I earnestly hope can be reversed.”

Drewer, who still lives in Adelaide, said that the reaction from Walker summed up the opinion of national and international fans alike.

“Murray’s connection with Adelaide obviously stems back to the years of the Australian Grand Prix,” Drewer told Speedcafe.com.

“He loved Adelaide and the city’s street course and was delighted when we asked him back down to be a part of the Supercars event.

“Murray has basically been to every major motorsport event in the world and he has always spoken of Adelaide and its motorsports events with a genuine passion.

“Surely, it is hard to ignore a reaction like this from an icon of the sport who has earned the right to speak with such authority.”