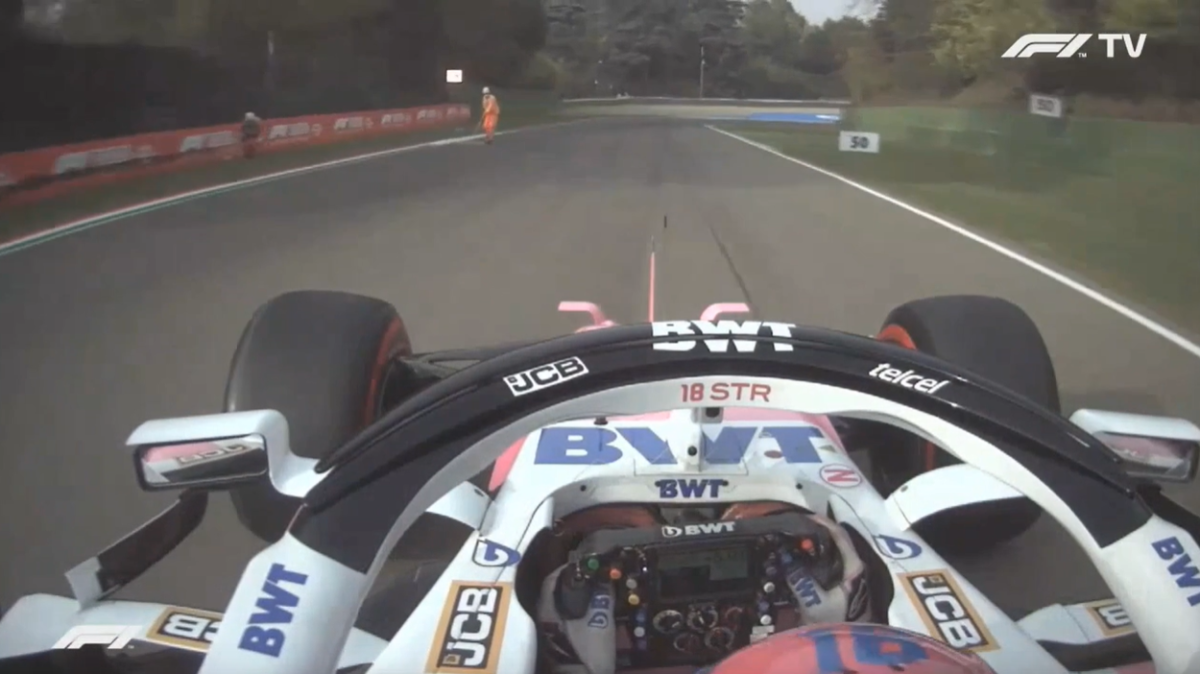 Lance Stroll goes through the scene with a marshal close by pic: F1 TV

Pictures have emerged of Lance Stroll passing marshals at speed while they were still on track after George Russell’s crash during the Emilia Romagna Grand Prix.

The incident in question occurred when lapped cars were released during the late Safety Car period at Imola, triggered initially by Max Verstappen’s tyre failure.

However, as the sextet was sent to catch the train again, four marshals were still on the race track for the clean-up of debris caused by the Williams which Russell had binned between Piratella and Acque Minerali.

Some slowed noticeably but Racing Point’s Stroll, in particular, transited the area at significant speed.

The incident, which was not shown on the world feed broadcast and only came to light on an F1 TV feed, caused great concern among drivers involved.

Kimi Raikkonen was first lapped driver to arrive at the location and slowed obviously, which forced Antonio Giovinazzi, Nicholas Latifi, and Romain Grosjean to do likewise behind him.

Giovinazzi and Grosjean had been warned about debris but the latter still told his Haas team, “OK, it’s a bit dangerous to leave marshals on.”

Sebastian Vettel was next through the area and appeared to reduce his speed, before saying on his radio, “Tell them to watch out, that marshals are on the track.

The Ferrari driver added, “It’s very, very dangerous. Tell the marshals to get out of the track.”

Stroll was the final lapped driver to arrive on the scene and looked to have slowed only slightly.

The Canadian initially hesitated in clearing the queue which had formed behind the Safety Car due to mistakenly believing that the Ferrari in front of him was Vettel’s and not Charles Leclerc’s.

Once he did so, he was told to “push to catch”, but was given no warning about debris, marshals, or the double-waved yellow flags being displayed at the site.

Formula 1’s sporting regulations require drivers to “proceed around the track at an appropriate speed” when they are unlapping themselves under Safety Car, although no penalties were dished out in this case.

A Racing Point car was also involved in a marshal incident last year in Monaco.

On that occasion, Sergio Perez nearly hit two marshals who ran across the track as he exited pit lane under a Safety Car.

The latest drama could yet be discussed in the drivers’ briefing at the next grand prix, which will be held in Turkey on November 13-15. 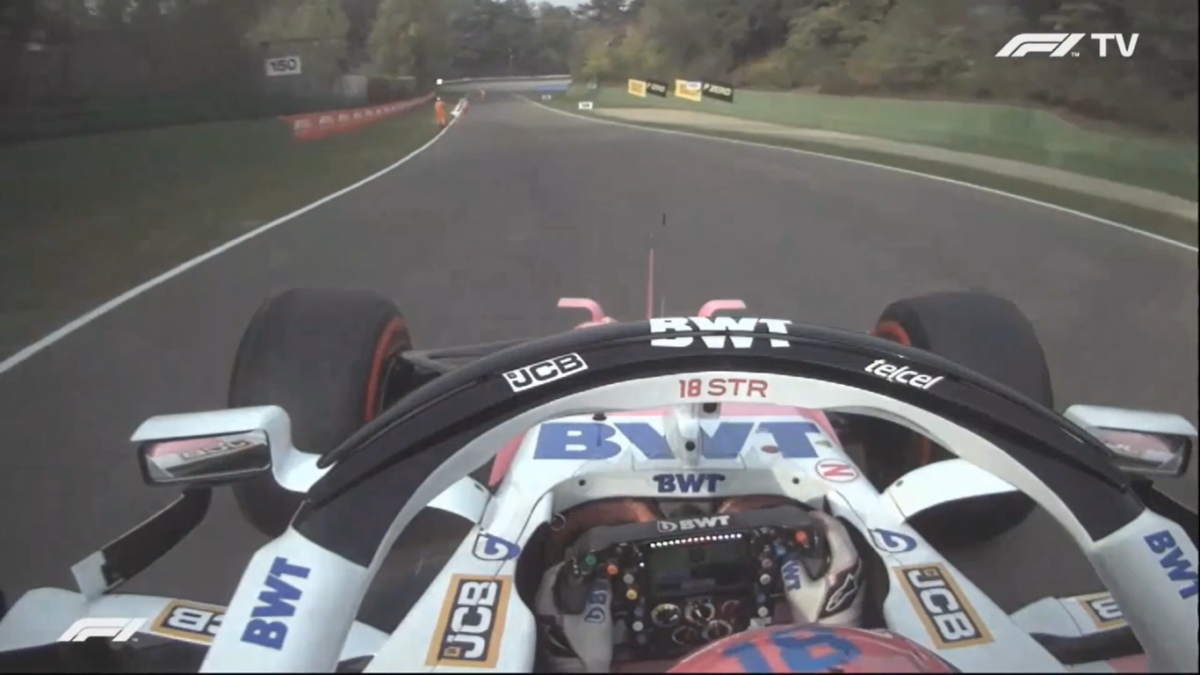 Stroll heads down off the crest and into the crash scene