Brawn: Ricciardo would be championship contender with Mercedes

Brawn: Ricciardo would be championship contender with Mercedes 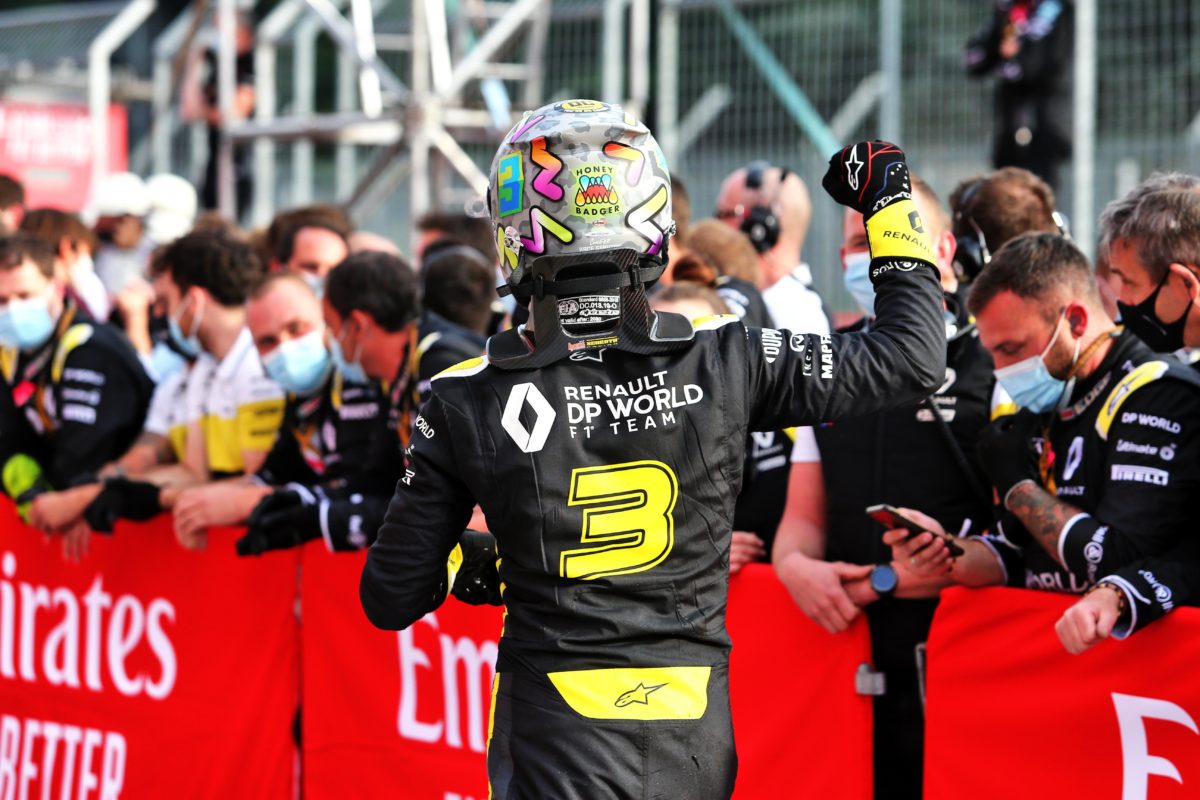 Formula 1 sporting boss Ross Brawn believes that Daniel Ricciardo would be a world championship contender with Mercedes, after his latest podium for Renault.

The seven-time grand prix winner finished third last time out in the Emilia Romagna Grand Prix, two races after he reached the rostrum with the Anglo-French team for the first time.

The result meant that Ricciardo consolidated fourth position in the drivers’ championship, behind only the two Mercedes drivers and former Red Bull team-mate Max Verstappen.

According to Brawn, the West Australian’s impending move from Renault to McLaren is still a loss for the former, despite his replacement being a two-time champion.

“Daniel Ricciardo is a brilliant driver, and one of the very best in Formula 1,” declared Brawn, Formula 1 Managing Director, Motorsport, in his regular post-round column for the category’s official website.

“His drive to another podium was very impressive. If he had a Mercedes, that’s absolutely no doubt in my mind he would taking race wins and pole positions and challenging for the World Championship.

“He’s doing a fantastic job right now and Renault will be sad to lose him, even if Fernando Alonso is the man who’ll be stepping in.

“I hope McLaren can give Daniel a car he deserves next season. He’s a great member of the F1 fraternity.”

Ricciardo inherited third position at Imola when Verstappen spun and Racing Point saw fit to call Sergio Perez into the pits under the Safety Car which ensued.

While the podium was therefore a function of good fortune, in part, Team Principal Cyril Abiteboul still heaped praise on the Australian’s efforts from the driver’s seat.

“Once again, the race went our way: it looked like we were up for P5 as Perez could benefit from his start on medium tyres and we were going to settle for that, but Verstappen’s retirement opened things up,” recounted Abiteboul.

“Our strategy team made the bold decision not to stop again, assuming that we had enough life and pace to contain the threat from behind.

“It was very brave, but it paid off thanks to a fantastic drive from Daniel.

“With his engineers he managed to keep the exact tyre temperature required during the long safety car and then managed an amazing last few laps to get to the end and give us another podium.

“We are now third in the Championship and need to own it and focus on the weekends that will come very quickly.”

The Renault F1 Team is in fact a single point up on both McLaren and Racing Point in the battle for third in the constructors’ championship ahead of the Turkish Grand Prix on November 13-15.

McLaren is currently a Renault engine customer but will switch to Mercedes power next year.