Wolff has identified his potential replacement

Wolff has identified his potential replacement 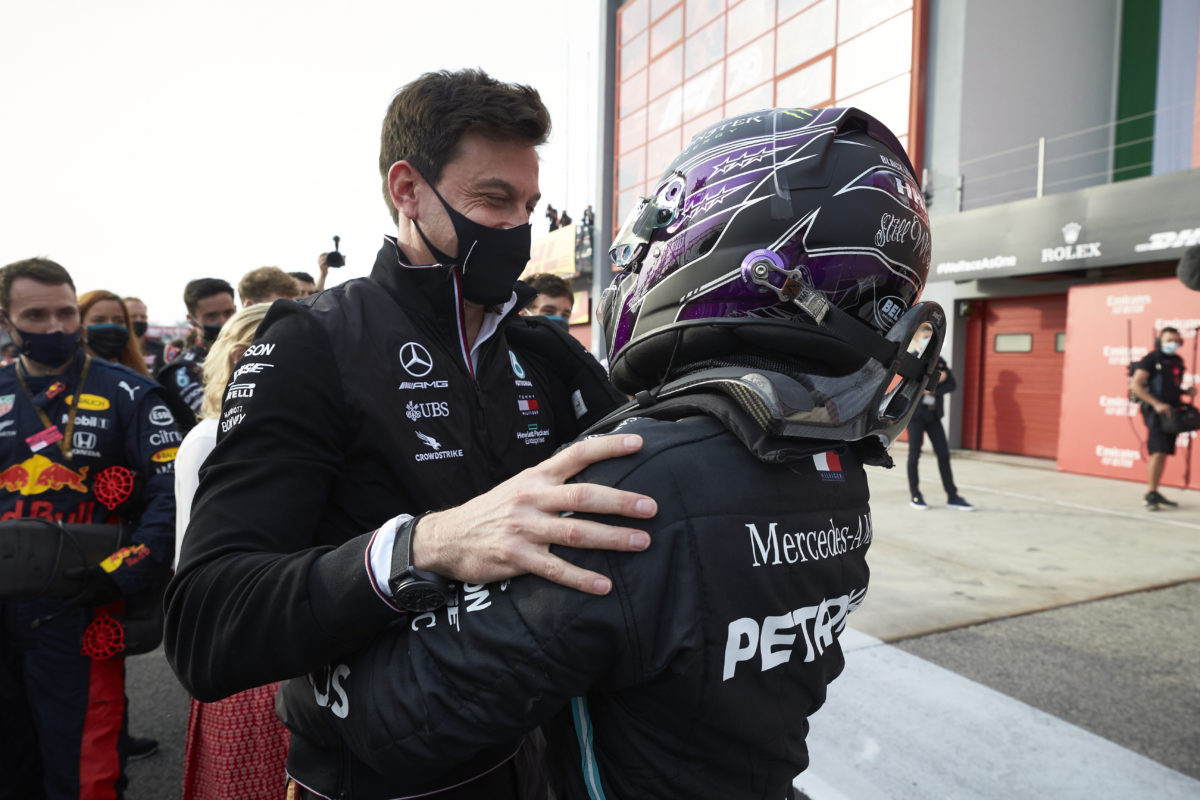 Toto Wolff has identified his potential replacement as he mulls over a transition away from the role of Mercedes Team Principal.

Wolff’s future has been the subject of speculation for some months, and he has admitted that his time with the championship-winning squad has “take(n) a toll”.

The Austrian is a shareholder in the Mercedes-AMG F1 Team and has signalled that he will stay on in some capacity, nominating alternate roles such as CEO or chairman which he might take up.

Speaking after the Anglo-German outfit wrapped up a seventh straight constructors’ championship, Wolff told Sky Sports F1, “My situation is a little bit different, because I’m a co-owner with Mercedes of the team, so I’m never going to abandon it, because it’s just what I love to do.

“What I said is that I believe everybody has a shelf life in a role. I haven’t come to the end of mine, I think I can still contribute.

“But I need to think about the future also going forward. Bringing somebody up, developing him doing this role, is something that is a fantastic challenge for me that will be one of the next chapters. But you will see me around for a while.”

When asked if he had identified a potential replacement, Wolff confirmed, “I have, but I can’t tell you.”

Lewis Hamilton, who has declared himself “no guarantee” of continuing for another season, is confident that Wolff will select a suitable successor.

“I can definitely understand wanting to pull back and give more time to family and those things,” said the Briton after winning the Emilia Romagna Grand Prix.

“I don’t know who he would replace (himself with) but again, he’s a leader.

“That’s why we have the success we have; we’ve found the right people and put them in the position to be able to shine as bright as possible.

“He’s just empowered every single person in the team, to be the best they can be, so he will find somebody that’s able to take on and continue.

“But you know, it’s not one person. The team is not about one person, it’s a collective of a lot of people. Toto doesn’t build the car, it’s a real team effort.

“But I’m supportive of him, whatever he wants to do, moving forwards.”

Hamilton’s win at Imola saw him extend his championship lead to 85 points over team-mate Valtteri Bottas, with four races remaining.

The next of those is the Turkish Grand Prix on November 13-15.