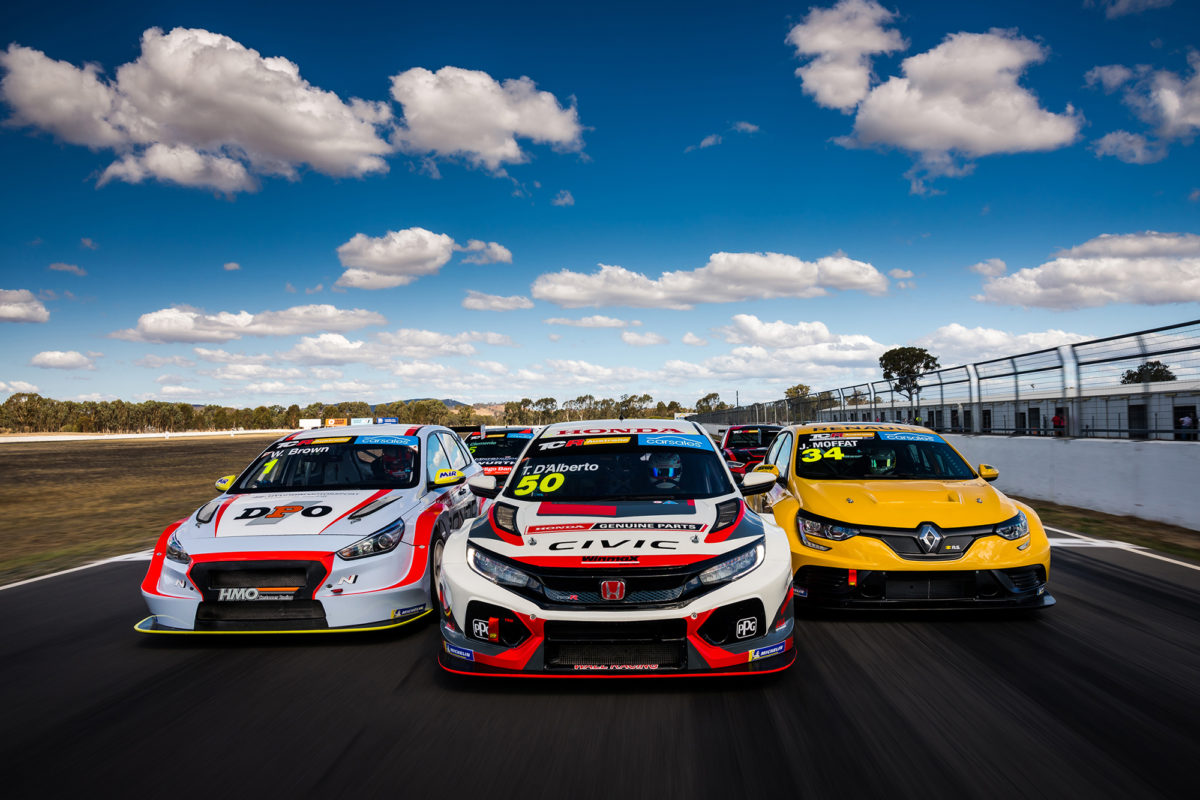 The Australian Racing Group has unveiled an eight-round calendar for the 2021 TCR season, including the inaugural Bathurst International.

That much-vaunted ‘fifth event’ at Mount Panorama was to have been run for the first time on November 12-15 this year before it was called off due to internal border closures, and is set to be held in November or December next year.

ARG’s other Mount Panorama outing, the Bathurst 6 Hour, will make its return on its customary Easter slot, which falls on April 2-4 in 2020.

With no TCR Australia racing having yet taken place this calendar year, January’s Symmons Plains round has become the 2021 season-opener, instead of the penultimate round of a 2020/21 season.

That meeting will take place from Sunday, January 24 to the Australia Day Tuesday before TCR’s Tasmanian roadshow heads to the state’s south for an Invitational round at Hobart’s Baskerville Raceway on the following weekend.

The latter five points-paying rounds will be held on the Shannons Motorsport Australia Championships platform, with Round 2 at Phillip Island on an otherwise unconfirmed date in February, before the hot hatch category supports the Bathurst 6 Hour.

Round 4 is set to unfold back on the other side of the Blue Mountains, at Sydney Motorsport Park on April 30-May 2, before a trip into the Sunshine State to race at Warwick’s Morgan Park on June 25-27.

The TCR Australia series will be decided at Melbourne’s Sandown on September 10-12, before the season as a whole wraps up with the Bathurst International.

The latter would have been headlined by a 500km, two-driver TCR enduro in 2020 before the COVID-19 pandemic hit, with organisers promising “key feature races” for TCR, Touring Car Masters, and the National Trans Am Series at the event next year.

All rounds, including the Bathurst 6 Hour and Bathurst International, will be broadcast live on the Seven Network and streamed on the 7plus platform.

“ARG is pleased to move forward with our racing plans and schedule for 2021 after what can only be described as a difficult and challenging 2020,” said ARG CEO Matt Braid.

“Our competitors have remained patient and resilient during this time, and I know that everyone is really excited to get back behind the wheel, entertaining the fans at the track and TV viewers around Australia.

“The circuits on our calendar offer our competitors a great mix of our best race tracks, including ARG’s first trip to Symmons Plains in Tasmania.

“We have also built in a number of contingency plans into our 2021 dates and venues, considering how quickly the world can change. This will keep us flexible and agile in these uncertain times.

“Despite the fact that our TCR cars and drivers have been parked for almost a year, the desire of teams to get back out and showcase this fantastic international touring car formula is second to none. We know they are going to produce a great show when they hit the track.

“We saw some of the best Trans Am action at the Adelaide street circuit earlier this year, and some of the competitors have been keeping match fit in other events during the COVID break, so there’s a lot of anticipation to again see these drivers come back together and compete for their first national series.”

The National Trans Am Series will enjoy the same calendar as TCR, while calendars for the S5000 Australian Drivers’ Championship, TCM, and V8 Touring Cars, are to be unveiled shortly.

The opening rounds of S5000 and TCM have, however, been announced as taking place at Symmons Plains in January, with S5000 also set for demonstration laps at Baskerville.

That pair of events has been billed by organisers as ‘Race Tasmania’, for which limited tickets are now on sale through Ticketmaster.

They represent the first national level competition in Tasmania since April 2019, and could well be the first in Australia of 2021.