Supercars ready to work with Labor to reinstate Adelaide 500

Supercars ready to work with Labor to reinstate Adelaide 500 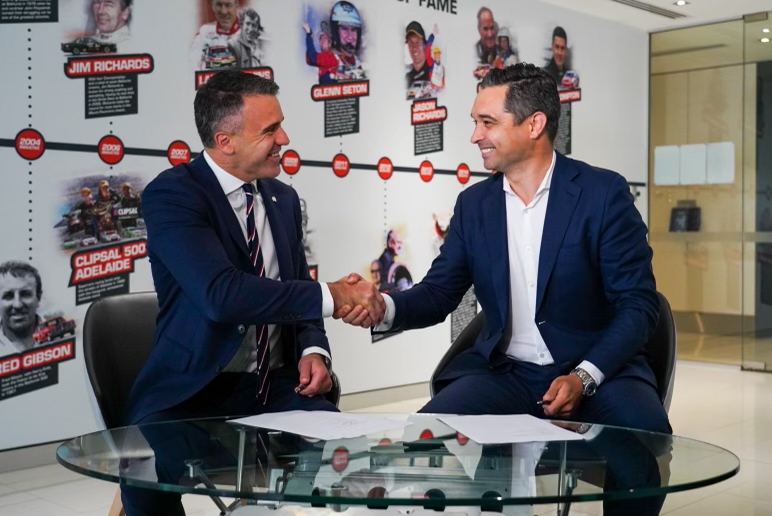 Supercars CEO Sean Seamer says he is ready to work with the South Australian Labor Party towards reinstating the Adelaide 500 should the opposition be elected.

Party leader Peter Malinauskas flew from Adelaide to Sydney for crisis talks with Seamer today after the sudden axing of the Adelaide 500.

Last week South Australian Premier Steven Marshal of the Liberal Party announced it would no longer back the street events, closing the curtain on the Adelaide 500 for the foreseeable future.

Today a memorandum of understanding was signed between Malinauskas and Seamer that confirms the South Australian Labor Party would support the reinstatement of the event.

However, that would only happen if they win the election, which is scheduled for March 2022.

“We are encouraged and grateful for this display of support from the South Australian Labor Party and the wider community that would like to see the Adelaide 500 return in the future,” said Seamer.

“Should the Labor Party win the South Australian election, we are ready to work with them on the re-establishment of the event as outlined in the memorandum of understanding signed today.”

Malinauskas said he was surprised to learn the Adelaide 500 had been cancelled and believes it remains an important part of the South Australian economy.

“I am proud to commit Labor to bringing back the Adelaide 500,” he said.

“This race has become a vital part of our social and economic fabric over the past two
decades.

“When I first learned of this shock announcement from Steven Marshall, my team and I got to work exploring how we could bring this great race back to Adelaide.

“I want to thank Supercars CEO Sean Seamer for meeting with me today and signing this Memorandum of Understanding.

“This is so much more than a car race. This is an event which brings in tens of millions of dollars, thousands of visitors and creates hundreds of jobs.

“I am confident we can bring back the Adelaide 500 and make it bigger and better than ever.”

Shadow Treasurer Stephen Mullighan added, “The COVID-19 pandemic has had a devastating impact on our economy, with the tourism and hospitality sector hit particularly hard.

“Steven Marshall’s decision to axe the Adelaide 500 kicks many local businesses while they’re down.

“Instead of axing events, the government should be looking at ways to grow events to stimulate more economic activity.

“Bringing back the Adelaide 500 will create jobs and help many local businesses which are doing it tough.”