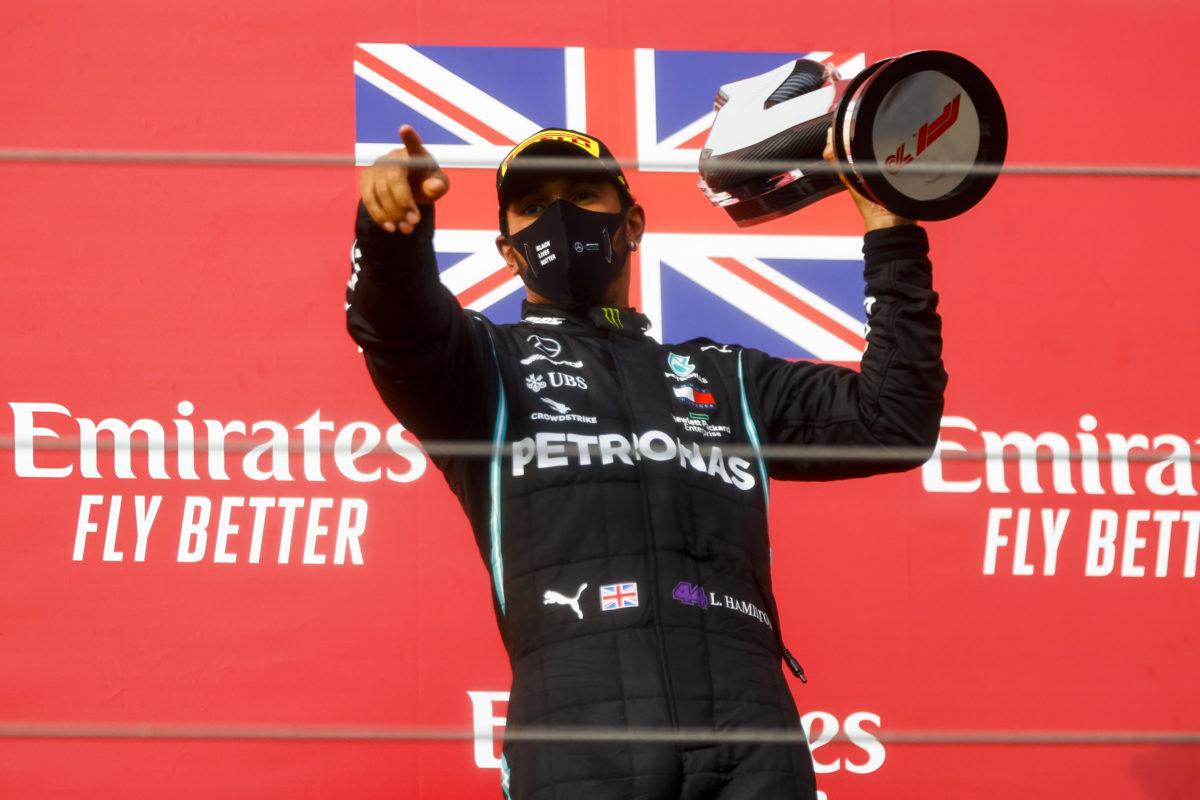 Lewis Hamilton has stated that there is “no guarantee” that he will continue to race in Formula 1 beyond his current contract, which expires this season.

The Briton achieved his 72nd win for Mercedes in the Emilia Romagna Grand Prix, extending his career tally to 93 victories in total.

With team-mate Valtteri Bottas getting home in second, Mercedes has now wrapped up a seventh straight constructors’ championship, while Hamilton could seal a record-equalling seventh drivers’ title next time out in Turkey.

However, he may not seek a potential eighth, based on comments made post-race at Imola.

Asked about how a possible Toto Wolff departure from the position of Team Principal at Mercedes might affect the squad’s competitiveness, Hamilton cast doubt on his own future.

“I don’t even know if I’m going to be here next year, so it’s not really a concern for me at the moment,” said the 35-year-old.

“We have a lot of deep conversations, Toto and I, so I’m very aware of where he is mentally, and we share a lot of and carry a lot of the weight together, I think.

“I’ve been here a long, long time. I can definitely understand wanting to pull back a little bit and giving more time to family and those sort of things.”

Asked to clarify if that meant there is a realistic chance he will not renew with Mercedes, as had widely been expected, Hamilton was hardly unequivocal.

“Well, we’re in November and I’m still… it’s crazy that Christmas isn’t that far away,” he remarked.

“Naturally, I feel great, I still feel very strong, I feel like I could keep going for plenty of months.

“But you know, you mentioned about Toto and shelf life so there’s multiple things that do stay on the top of my mind but I would like to be here next year but there’s no guarantee of that, for sure.

“There’s a lot that excites me of the after life (after F1) so time will tell.”

While Wolff has advised that he would not completely step away from the Mercedes-AMG F1 Team, of which he is a shareholder, he has expressed a willingness to transition away from the Team Principal role sooner rather than later.

However, he doubts that Hamilton will leave his own position at season’s end.

“I guess if he were to decide to step out of Formula 1, which I don’t think it’s going to happen, and I hope it’s not going to happen, then I think we’re going to have a pretty frantic driver market out there,” observed the Austrian.

“But I think it’s the moment, it’s the emotions. We are all happy, but very tired also.

“It’s the same for me. I completely relate to his feeling, that you question yourself, that you think about all the other things that matter, and when you switch on the news in the morning, and switch them off in the evening, it’s all about the struggles that we all face.

“We are here in our little happy place, but we try to bring some entertainment into households. But then you’re back in the more difficult reality the next day.

“All of that is something that affects us. And in that respect, it’s normal for somebody who’s empathetic to have these feelings.”

Hamilton’s lead in the drivers’ championship is 85 points over Bottas, with four races and therefore 104 more points (including bonuses for fastest laps) on offer.

The next grand prix takes place at Istanbul Park on November 13-15.