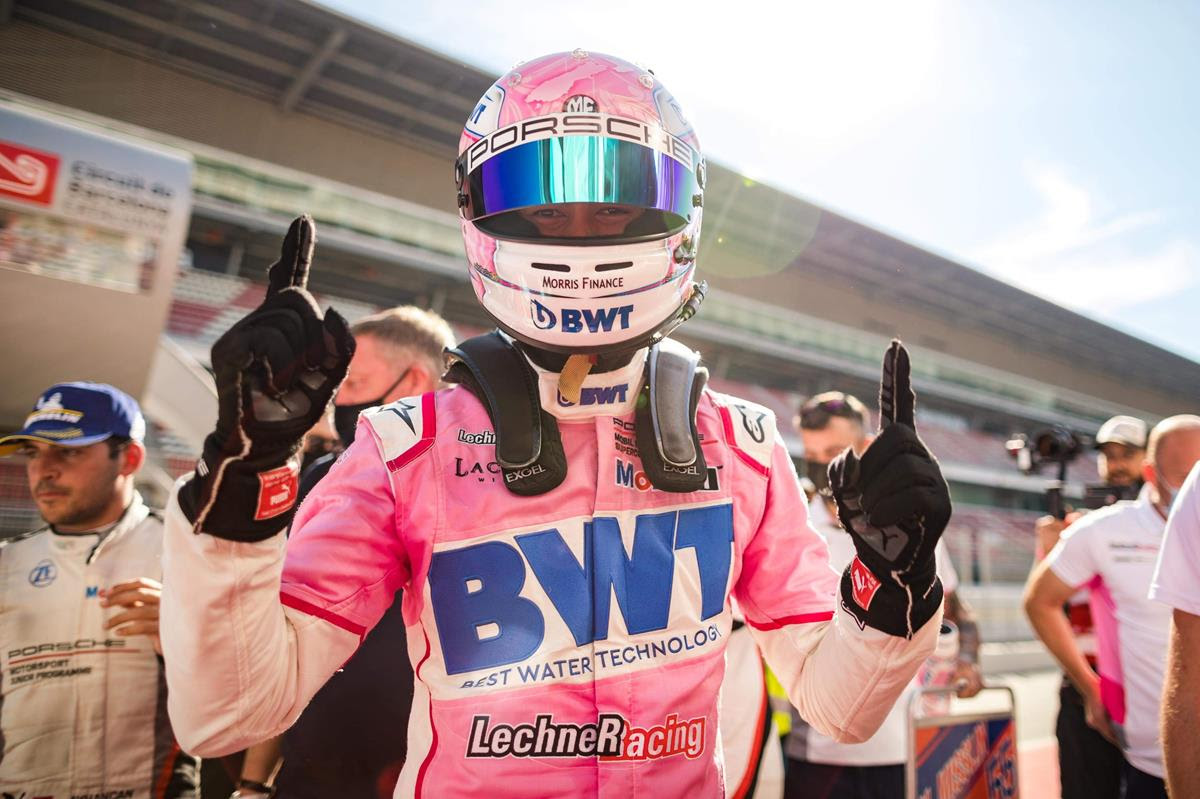 Jaxon Evans is now a Carrera Cup title winner in two countries after taking out the French championship.

The 2018 Porsche Carrera Cup Australia series winner sealed another crown with his first two race wins in the French version, at Barcelona.

Evans got the jump at the start of Race 2 of the weekend and picked up where he left off after a long Safety Car period due to a first corner crash.

That victory not only clinched an individual title, but also the Team championship for his BWT Lechner Racing squad.

“I knew I had to keep my act together, make no mistake and bring the title home. I am so glad it worked out,” said Evans.

“After I had a really bad start into the weekend with all my gear stolen from my rental car, it now couldn´t have ended any better than winning the championship.”

Saturday’s encounter was less straightforward but the New Zealander fought back from a lowly position to be first to the chequered flag.

“I had a terrible getaway and there was also some chaos in the first corner, so I dropped back to P8,” recalled Evans, who had started third.

“But from then on I had a really good race and could fight my way back through the field.”