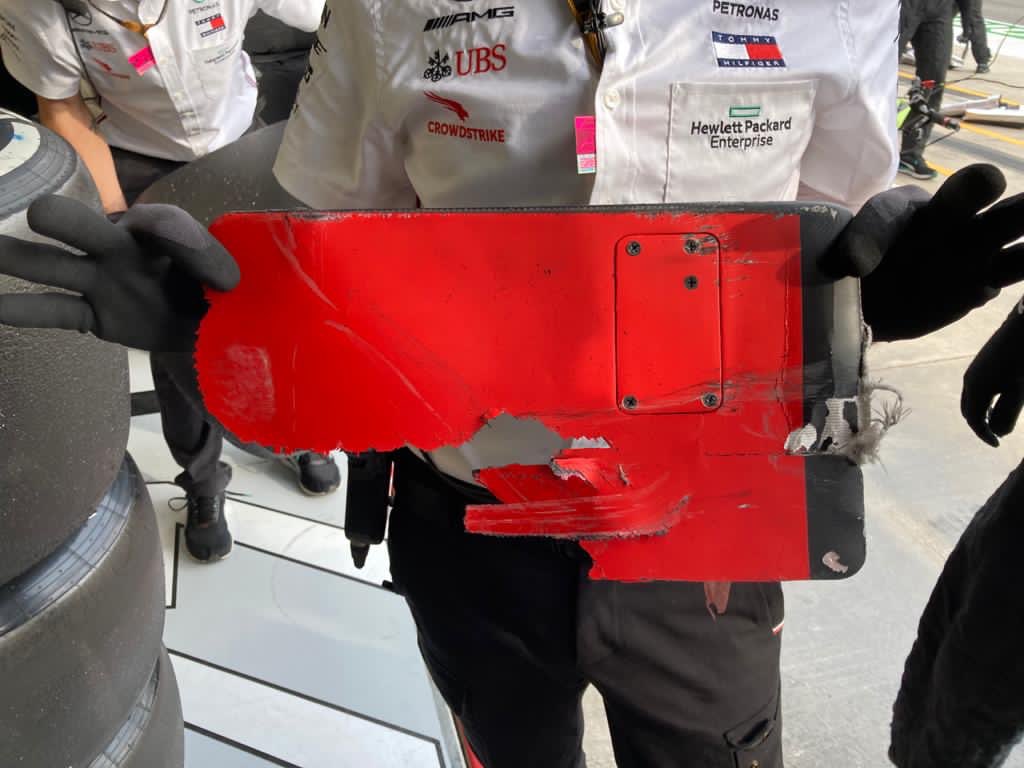 Valtteri Bottas says damage to his floor due to debris had ‘quite a big impact’ on his chances of winning the Emilia Romagna Grand Prix.

Bottas picked up a piece of debris on Lap 2 of the race while leading and suffered a loss of downforce.

The Finnish driver twice ran wide at Rivazza and on the second occasion lost out to Verstappen, which dropped him to the final place on the podium.

The Mercedes driver finished runner-up to team-mate Lewis Hamilton but would have finished lower had Red Bull Racing’s Max Verstappen not suffered a puncture late in the 63-lap race.

Bottas said the damage impacted his chances of winning.

“I think that made quite a big effect today,” he said.

“The start was good, that was one of the main things to get right today. On Lap 2, suddenly, out of Turn 7 (Tosa) there was debris.

“I didn’t have time to avoid it. I saw it, so I aimed in the middle of the car, so at least I wouldn’t run over it with the tyres but obviously it caused me some damage or something which made the car quite quickly tricky to drive.”

Having lost the lead to Hamilton after a Virtual Safety Car, the 31-year-old said he was overdriving his Mercedes in an effort to keep Verstappen at bay.

“I was really pushing hard to try and avoid Max getting through,” Bottas said.

“I had to push over all of my limits and that led to mistakes. So, unlucky.”

Never has a driver from Finland won a Formula 1 race in Italy.