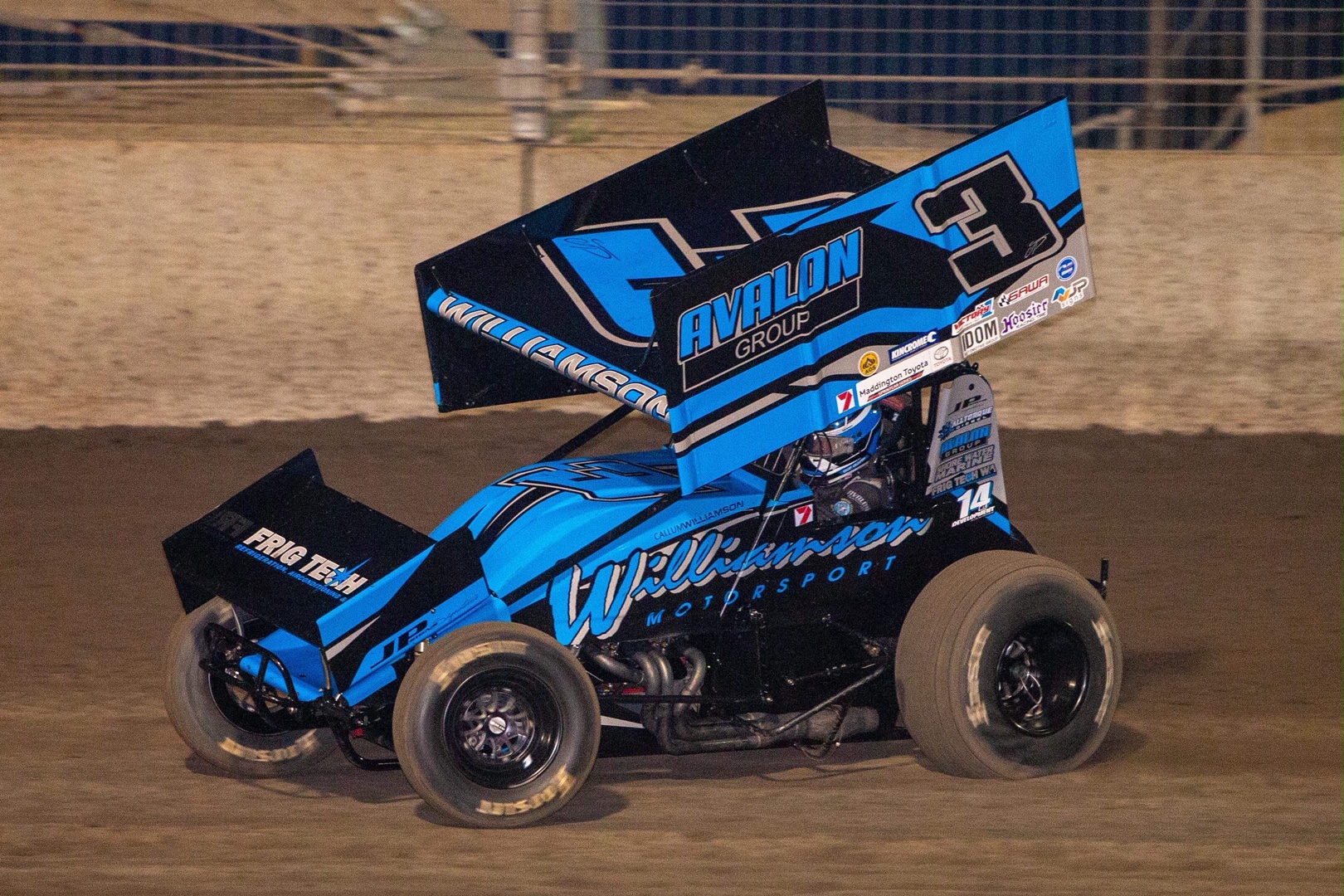 Callum Williamson, Brad Blake, and Tom Payet scored victory in the respective Sprintcar, Late Model, and Speedcar main events on opening night of the 2020/21 season at The Perth Motorplex.

For Williamson, it was a repeat performance of his victory on the same night in 2019 with the Geraldton speedster capping off a workmanlike evening behind the wheel.

Setting the second-quickest time in qualifying behind Daniel Harding’s slick 13.422s rotation, Williamson would go on to win his heat race and begin the A-Main alongside dual SEG series winner Brad Maiolo.

Victory was sealed by a narrow 0.926s over the fast-finishing Jason Kendrick who had stormed from the fifth row of the grid to finish ahead of Kaidon Manders, who was returning to full-time competition after a season away from the sport.

Kalgoorlie’s Taylor Milling was in great touch, ripping from as far back as 17th position at one point to finish fourth.

Ironically, Callum Williamson will not be able to shoot for back-to-back victories in a fortnight’s time due to a date clash – his wedding.

Uncertain of the way the 2020 season would pan, Williamson and his fiancé mapped out November 14 as the day to walk down the aisle.

Gritty Bunbury veteran Brad Blake was victorious in the Late Model A-Main and in the process equalled the record for the winningest driver at The Perth Motorplex with 37 trips to victory lane.

Tom Payet picked up the Speedcar honours mirroring his victory on the final night of the 2019/2020 season, this time leading home Keenan Fleming and Rob Golding.

Payet was fastest in qualifying with a 16.539s lap, then carved out the heat win and began the 20-lap A-Main from pole.

The speedway event was part of the Shannon’s Power Palooza that mixes dirt racing and drag racing opening nights and was a welcome return to some form of normality for Australian and WA speedway fans.