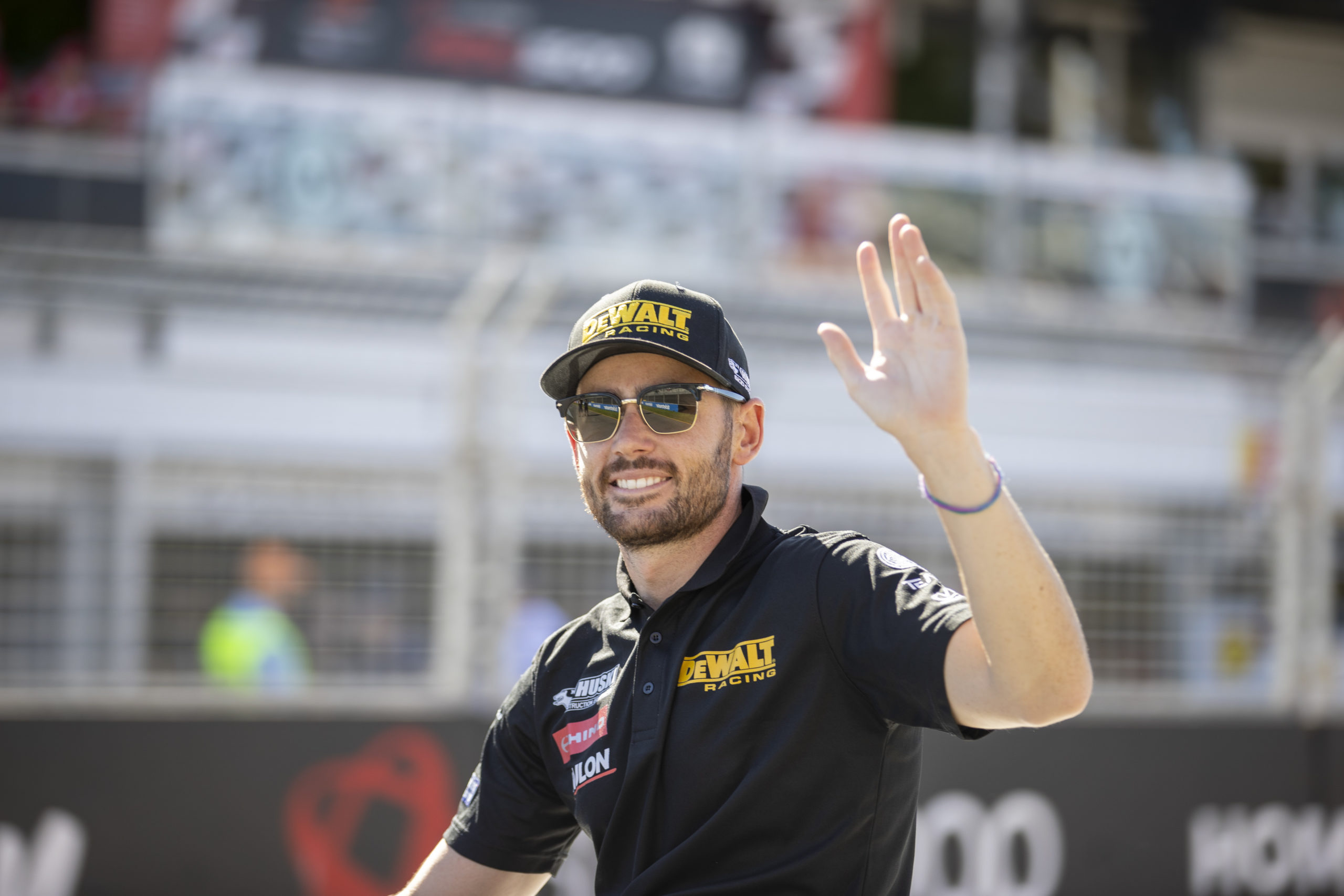 South Australian born driver Scott Pye has paid tribute to fans of the Adelaide 500 in the wake of the event’s axing.

The 30-year-old is one of three full-time drivers in the Virgin Australia Supercars Championship who hail from Adelaide.

Like Brad Jones Racing duo Nick Percat and Todd Hazelwood, the event meant a great deal to Pye who grew up watching the event before going on to compete in it.

The Team 18 driver said he wanted to pay tribute to all the fans who have attended the event since it began in 1985.

“Every moment I got to race on that track and it was made special by the fans,” Pye told Speedcafe.com.

“The fact that I’ve got two real highlights stick with me. One of those wasn’t actually driving around the track, it was standing on the grid appreciating the atmosphere and the people was, that’s what made that event special.

“That’s what made it stand out to me, was the atmosphere. It’s very special. There needs to be a huge thank you to the fans who supported that event and made it what it was.

“I think, for me, I’d just like to make sure that SA fans and those that attended the event throughout Australia and South Australia get a thank you, I appreciate it.”

Pye said he’s gutted the event won’t return in years to come, but hopes it might be revived in the future.

Now based out of Melbourne, Pye said he’s been encouraged by the outpouring of support the event has received since the announcement.

“Personally, it’s tough and it’s a bitter pill to swallow,” he said.

“I think it’s unfortunately not a decision that’s in our hands, but at the same time, I think part of remaining quiet about how we feel about it won’t change it.

“I hope that what they’re seeing at the moment is just how popular this event is and maybe in the end, maybe things can change.

“I think it shows the importance of the event to South Australia, but we’ll see what happens in the future. The thought of it being permanent, you couldn’t do that. It’s a real part of the category.”

Should the Adelaide 500 never return, Pye will at least have some of his fondest memories from the event.

One of those includes taking pole position for the then known DJR Team Penske in 2016 for the Supercars Championship season opener.

He said the support that followed that achievement was overwhelming.

“Walking out of the hotel in the morning and seeing my ugly mug on the front page of my local newspaper, that was a surprise and I think that really highlighted the fact that it’s a home event,” he said.

“I’m an Adelaide boy. That event they got so behind all the South Australians. There were only a few of us on the grid.

“I would have loved to have won that race and have my name on the trophy, but I think the pole position there really stands out, and the support I got off the back of that really goes to show how much they get behind their own.”