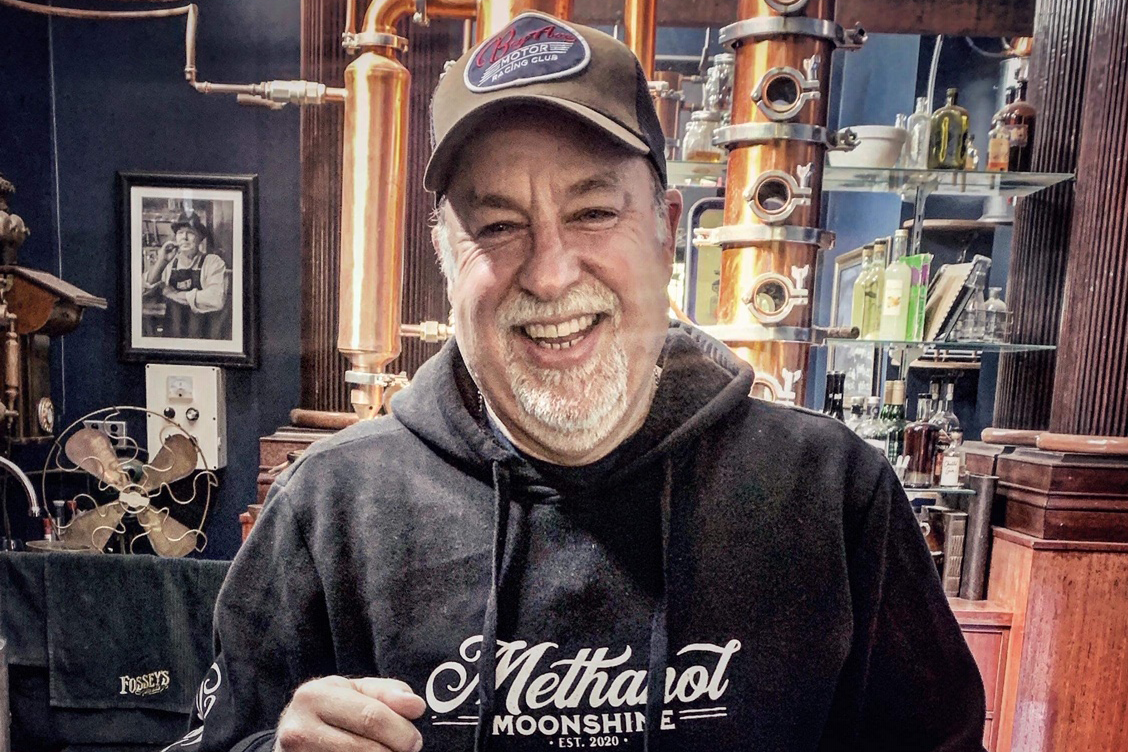 In March of this year Wade Aunger, like hundreds of thousands of other Australians, watched his working world crumble down around him.

The global pandemic brought an abrupt and premature end to the Australian Speedway season and threw much of his ‘off-season’ work commitments into significant doubt.

“I was no different to anyone else in the sporting sector,” Aunger told Networkcafe.com.au.

“Suddenly all of the events that I was involved in, and in many cases had been for years, just disappeared off the radar. It was like a tsunami wiped out my commentary coastline.”

With the Speedway season cut short he was also impacted by the cancellation of the many interstate emcee duties for presentation nights and winter announcing duties such as the Aeroflow Nitro Funny Car Series and Hattah Desert race just to name two.

“It was pretty surreal,” admitted Aunger.

“Even my annual commitments at the Knoxville Nationals Sprintcar event in the USA were cancelled, I literally had no income left on the table.”

After a couple of weeks trying to figure out his options Aunger began a Facebook Live Series spotlighting legends of Australian Speedway and other walks of life to keep the interest in motorsport alive.

“It all happened pretty naturally, I just wanted to stay connected to the sport I love and keep people’s passion for the same. I just wanted, and needed, to stay afloat,” he said.

As the interest in Aunger’s Facebook live show skyrocketed a mate with a Gin Distillery – Steve Timmis – reached out to him with a proposal for Wade to link his audience to Timmis’ new Vodka product.

“He basically offered me a percentage of sales if I promoted his Vodka brand,” explained Aunger.

“And after a day or so thinking about it I asked him if he’d be interested in us producing Moonshine instead of Vodka.

“I know that Moonshine has a motorsport connection that dates back to the formative days of NASCAR so it has a romantic connection to racing.

“I said ‘let’s call it Methanol Moonshine and name it after our racing fuel.”

Timmis and Aunger agreed that a release date would be around late July, giving them about four months to perfect the product and come up with a marketing campaign.

Instead, they launched the first bottle on their birthday (yes, same birthdays) on June 8.

The bottle featured the restored Garry Rush HM Headers Sprintcar inside the label and was an instant hit with Speedway fans.

“I think Moonshine itself has a naughtiness and an air of mystery about it so it’s instantly got an appeal on its own,” said Aunger.

“The Speedway themed bottle was the icing on the cake.

“Thank God Steve did a great job crafting a really smooth and very drinkable blend and then it was up to me to link the motorsport community to what we were doing.”

The range now includes a ‘Masters Series’ bottle each month that tributes an iconic Sprintcar team or driver and also a ‘Legends’ Series that will feature non-Sprintcar specific stars of Australian Speedway.

“We have some icons of other forms of motorsport about to be released with their own bottles in the next month so it’s not just Speedway we are targeting,” said Aunger.

“We’ve also released and developed our own range of merchandise that is selling really well here in Australia and also now in the USA through our manufacturer Logodaddy in Missouri.

“I have to keep reminding myself that we’ve only been doing this since June 8 – basically four months. The speed at which the Moonshine and the apparel has grown is amazing. I’m very grateful for the way the motorsport industry has received it and supported me.

“There’s no doubt in my mind, had COVID not struck, I wouldn’t have had time to even think about a product like this, let alone have it be my principal source of income and have my every waking thought be directed at,” said Aunger.

“As they say, necessity breeds invention and I guess that is how Networkcafe.com.au came about after the Speedcafe.com team set out to develop something to help everyone linked to the industry during the COVID-19 period.

“Life can be pretty random. If you’d asked me would I one day be involved in the liquor and merchandise game I’d have said it was unlikely at best. It’s ironic, or maybe even fitting, that the turbulence of 2020 has forced me to shine in a completely different way.

“Being a part of Networkcafe.com.au is helping us do just that and I think every member is grateful for the network that has been created and the relationships that are being formed as a result.”