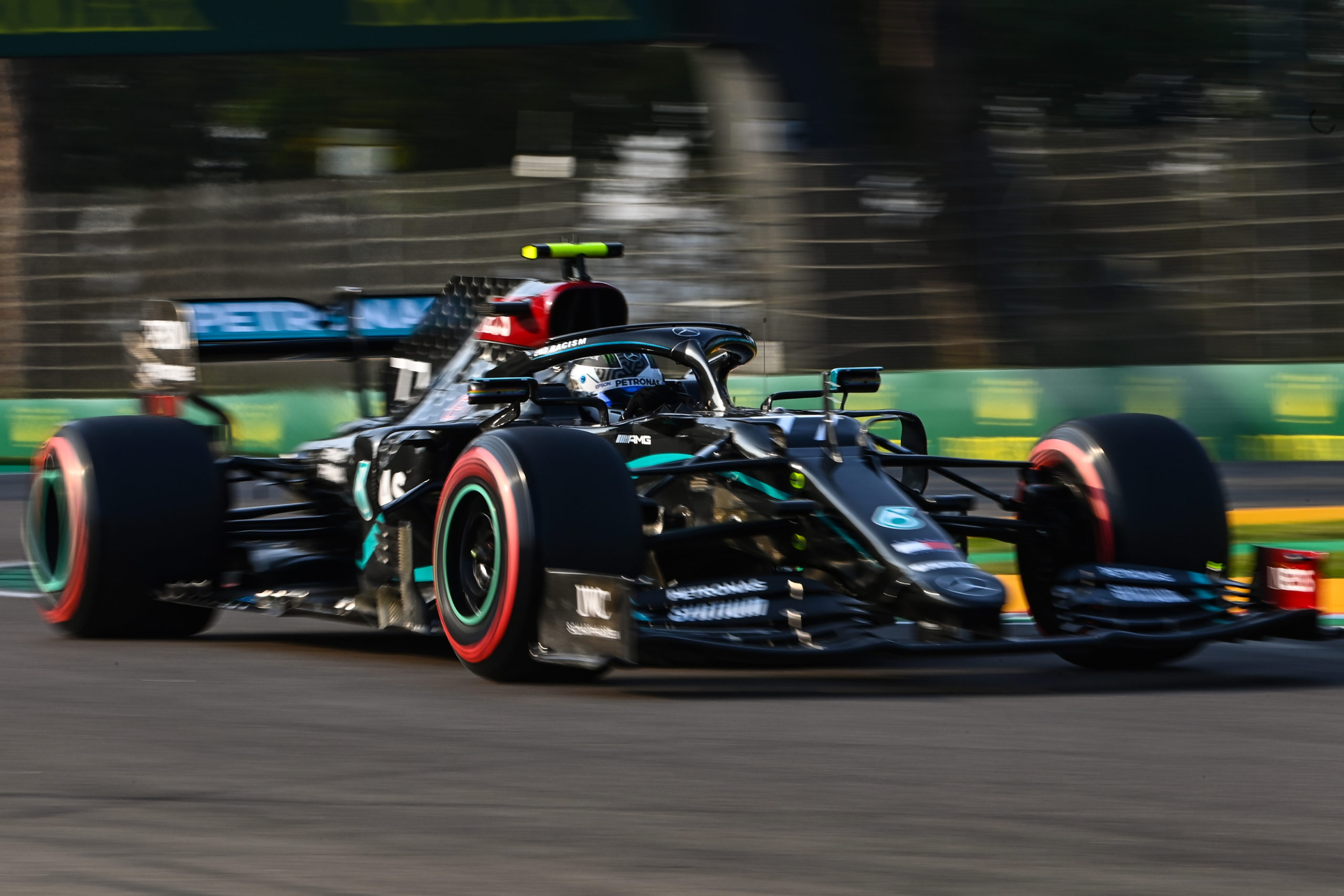 The six-time world champion was pipped to pole position by Mercedes team-mate Valtteri Bottas, the pair split by just 0.097s.

Hamilton had been the quickest in the opening minutes of Q3, but was beaten by Bottas at the death.

“Valtteri did a great job and that was a pretty piss poor lap from myself,” Hamilton said.

“But these things happen – you can’t always get it perfect.

“Valtteri did a great job today, so ultimately in Q3… both laps weren’t that great to be honest.

“The first lap was okay, the second one was pretty poor, so to only have been that far away considering is not so bad. We live to fight another day tomorrow.”

Hamilton has been otherwise dominant in qualifying this year, with nine to his name versus Bottas’ four.

It’s the 15th time the Finnish driver has claimed pole position in Formula 1.

Asked if he was impressed by his team-mate’s recent performances, Hamilton replied, “I don’t think I really need to say much.

“I mean, jeez, he just got pole position, he’s ahead of me, and I have more poles than anyone here, so it’s not like I’m a slow-poke.

“He’s doing an amazing job, I think his results speak for (themselves), I don’t really need to say much more, he does his talking on the track.

“That’s the great thing about Valtteri. I don’t think there’s many people that can do what he’s doing if I’m really honest. I’ve got a huge amount of respect for him.”

The six-time world champion said winning the 63-lap race may be a tough task with very few overtaking opportunities in his mind.

“It’s going to be a challenge for people following,” he said.

“But the DRS will hopefully give some overtaking opportunities for people.

“For us, you see we’re within half a tenth of each other, so to have an opportunity to overtake I think you need to have something like a gain of two seconds.

“Nonetheless I’m going to give it everything I’ve got tomorrow and fingers crossed.”