How motorsport came to the streets of Adelaide

How motorsport came to the streets of Adelaide 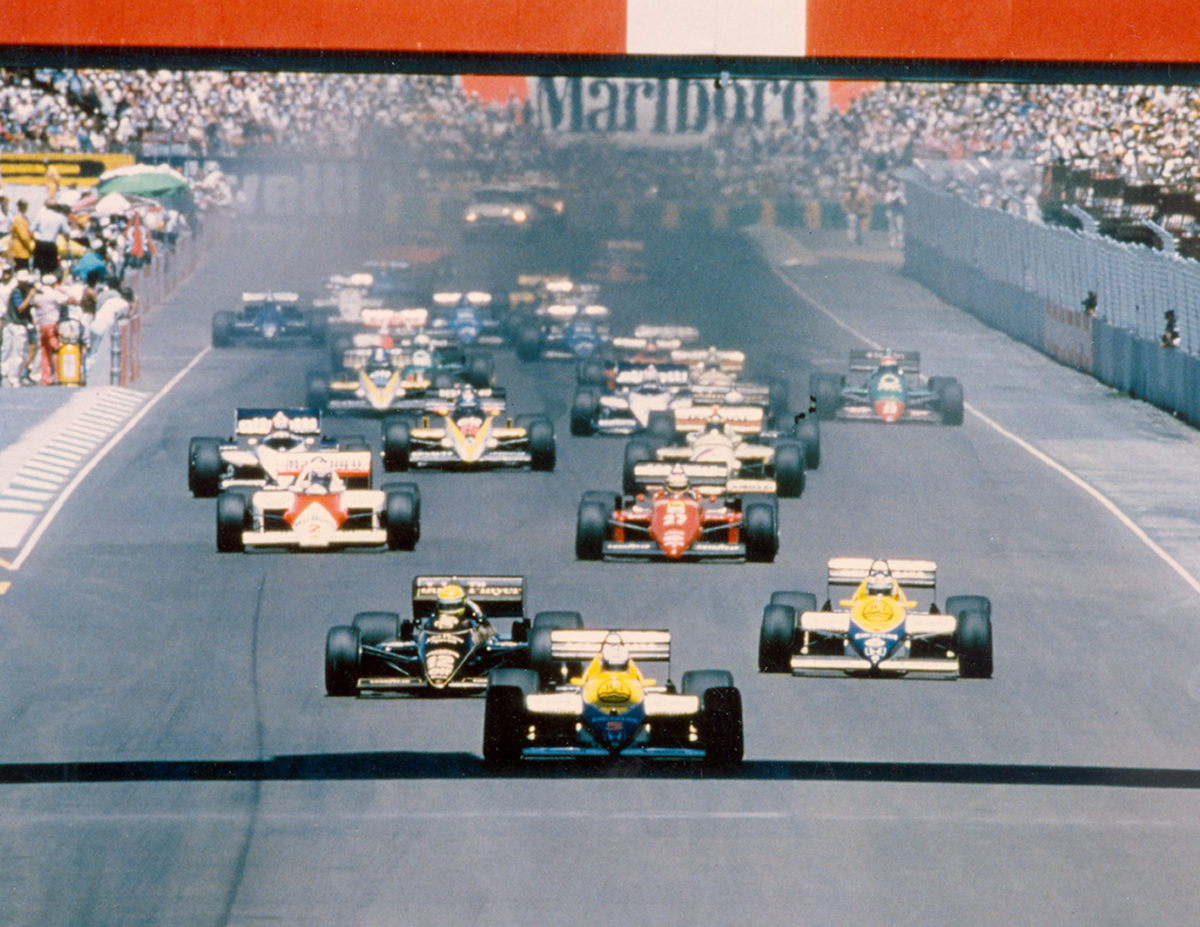 The start of the 1985 Australian Grand Prix

For the better part of 35 years the streets of Adelaide offered drivers one of the most extreme and rewarding challenges on the calendar.

From Formula 1 to Supercars, it was a circuit famed for its challenge and popular among competitors as a result.

Coupled with a laid back attitude from the locals and typically fine weather, it made the annual jaunt to the South Australian capital a hugely positive experience.

Sadly, that will be no more following news that the South Australian Government has elected to wave the chequered flag.

But while we mourn the loss of one of the world’s great street circuits, let Speedcafe.com take you for a journey back to where, and how, it all started.

Adelaide as a city was founded in 1836, and as it approached is sesquicentenary in 1986 there was plans for a major event to mark the milestone.

That began in March 1980 with the foundation of the South Australia Jubilee 150 Board, which was charged with planning out a year of festivities.

It had speedway promoter Kym Bonython appointed as chairman and given a budget of $8 million.

There were all sorts of activities planned, with a number of sporting events set to hold their national titles in South Australia that year.

A world roller skating championship event was mooted, as was an air race, though that was kyboshed amid insurance concerns.

It wasn’t until 1982 that the idea of attracting Formula 1 to the city materialised.

A conversation between travel agent Bill O’Gorman and Wendy Chapman. Both were members of the South Australian Touring Commission, with Chapman also on the Jubilee Committee.

“As an interested South Australian proud of our international status and the need to promote our City worldwide, I feel Adelaide would be a perfect venue for a round of the 1986 World Drivers Championship for Formula 1 Grand Prix cars,” O’Gorman wrote.

“Australia is on the shortlist for a World Championship event but a venue seems to be the hold up so may I suggest Adelaide be forthright and open discussions with the governing bodies of the sport with a view to holding the 1986 event.” 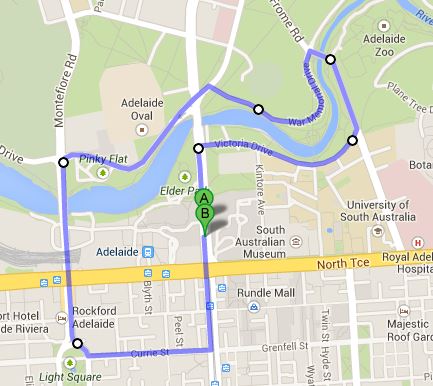 O’Gorman also suggested a circuit, which took in King William Road at the city’s heart before racing towards Montefiore Hill.

It was a 4.7km layout, which he reasoned would mean cars would complete 68 laps.

O’Gorman’s letter was forwarded to Bonython, who received it enthusiastically.

“I personally would be delighted if such an event could take place,” Bonython responded on January 21, 1983.

“Accordingly I am referring it to our Sporting Committee as all such decisions have to first be recommended to the Board by the appropriate Committee.”

By August the Jubilee had founded the Grand Prix Committee, with O’Gorman appointed its chairman. South Australia as a state, and Adelaide City Council, were onboard.

The plan was made public on August 15 during a lunch celebrating Vern Schuppan’s victory at the 24 Hours of Le Mans.

“This is a case where money can be spent to generate a bigger return,” Premier Bannon said.

“The figures will have to be worked through but the Government would have to provide some assistance.”

By the time of the announcement plans for the event had been submitted to FISA (an autonomous body within the FIA at the time) and the Formula One Constructors Association.

The response from F1 supremo Bernie Ecclestone wasn’t positive as he preferred an event in Sydney or Melbourne.

Around this time, Calder Park fell out of the running, and gave its support to the South Australian project.

It was also around this time that a circuit more recognisable to what we have come to know was drafted.

Helping Adelaide’s cause was 1980 world champion Alan Jones who said: “This is the first sensible proposal for an Australian Grand Prix and importantly has local council and government backing.”

The grand prix winner surveyed the proposed venue, and posed for photos. 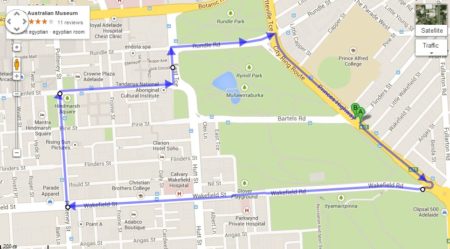 A month later, a circuit design was approved by the FIA, and in march 1984 Derek Ongaro visited the site, which still did not include plans to use the parklands.

“The circuit looks as if it will be terrific from the spectators view; it will be fast, and I like some of the sweeps and curves,” said the FIA circuit inspector.

A decisive moment came in May 1984 when O’Gorman and a small contingent of representatives from Adelaide attended the French Grand Prix as guests of Ecclestone.

From France, Formula 1 carried on to the United States where it hosted a disastrous race in Detroit.

It offered the opening Adelaide needed, and when O’Gorman crossed Ecclestone in the paddock at Brands Hatch three weeks later the race was all but sealed.

A frantic phone call back to Bannon that night resulted in Adelaide accepting Ecclestone’s offer.

On July 27, 1984, it was made public. Adelaide would host the 1985 Australian Grand Prix, though at that point it had not been confirmed formally by Ecclestone – the calendar wouldn’t be released until October.

Circuit design work had been progressing, and the use of the Parklands had begun to be floated as a possibility.

In September it was confirmed that part of the circuit would use the Parklands and in October the final design was settled.

In October, Schuppan took to the streets of Adelaide in a Formula 5000 car, offering a driver’s eye view of the circuit for a television programme.

There was late drama however as negotiations on specifics of the contact with Ecclestone had broken down.

Without an appointment to meet with the F1 boss, Premier Bannon boarded a plane for London and effectively doorstepped the Englishman.

On October 28, final confirmation was given. Adelaide had a three-year contract starting from October 1984 worth between $3 and $4 million annually.

It was a handshake agreement, and a critical moment in developing the relationship between Ecclestone and Bannon.

Work then began on writing and enacting legislation that would allow the necessities of the race to take place; road closures, the use of Parklands.

Federal government funding and high early ticket sales meant the event was almost guaranteed to be a success well before it was run.

The circuit itself was laid in September 1985 by engineering consortium Pak Poy/McMahon.

It was soon after inspected and touted as the best street circuit in the world by Alan Jones, Niki Lauda, and Keke Rosberg.

And so, from humble beginnings, and the potential of a roller skating world championship, grew the foundations of motorsport on the streets of Adelaide.

Now, almost four decades on from those first water-cooler conversations, the streets of the South Australian capital look set to fall silent once more.

We can only hope it’s not forever. But, if it is, there is no doubt that motor racing brought Adelaide Alive.