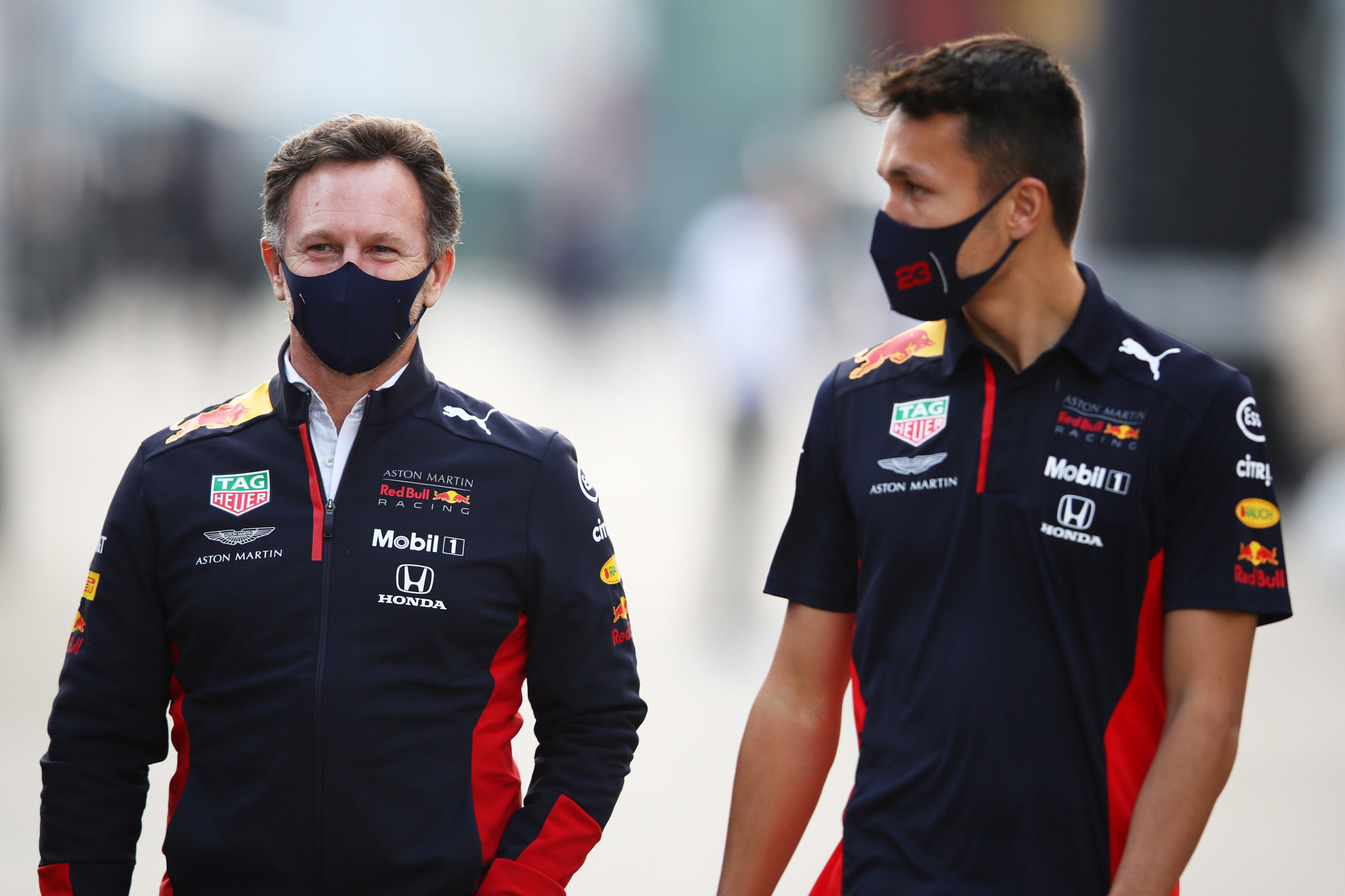 Red Bull Racing Team Principal Christian Horner has given the strongest hint yet of what the future might hold for Alexander Albon at the Formula 1 team.

In what is only his second season in the championship, doubt has been cast over the 24-year-old’s place at Red Bull.

The Thai driver joined the team midway through the 2019 season to replace Frenchman Pierre Gasly.

However, Albon has struggled to match team-mate Max Verstappen, the Dutch driver standing on the podium in every race that he has finished this year.

Albon, meanwhile, has just one podium to his name this year at the Tuscan Grand Prix.

In recent weeks speculation has ramped up with outgoing Racing Point driver Sergio Perez linked to the team.

Horner says the team is still working to ‘Plan A’ and suggested Albon may keep his place at the team for 2021.

“He’s got his bum in the car and everyone wants to see him retain that seat. I think he has to block out the outside noise, get his head down, just have a good weekend.

“Well we’re fully focused on Plan A and making sure that Plan A happens,” he added when asked if the team had a ‘Plan B’.

“So at the moment I think we will just put all our attention into that.”

Horner said the Milton Keynes outfit was starting to gain a greater understanding of its RB16 package.

The team boss admitted the complex characteristics of the car had made “life difficult” for Albon to date.

“I think that a fast car is sometimes a difficult car and of course, the way we try and generate lap times is on corner entry,” said Horner.

“And the car has had its complexities this year, more so than even last year, I would say, and so that has made life difficult.

“We’re all working hard to create a more rounded package that doesn’t have these peculiarities. So it’s something that everybody in the team is very much focused on.”

The Emilia Romagna Grand Prix gets underway with Practice at 19:00 AEDT.