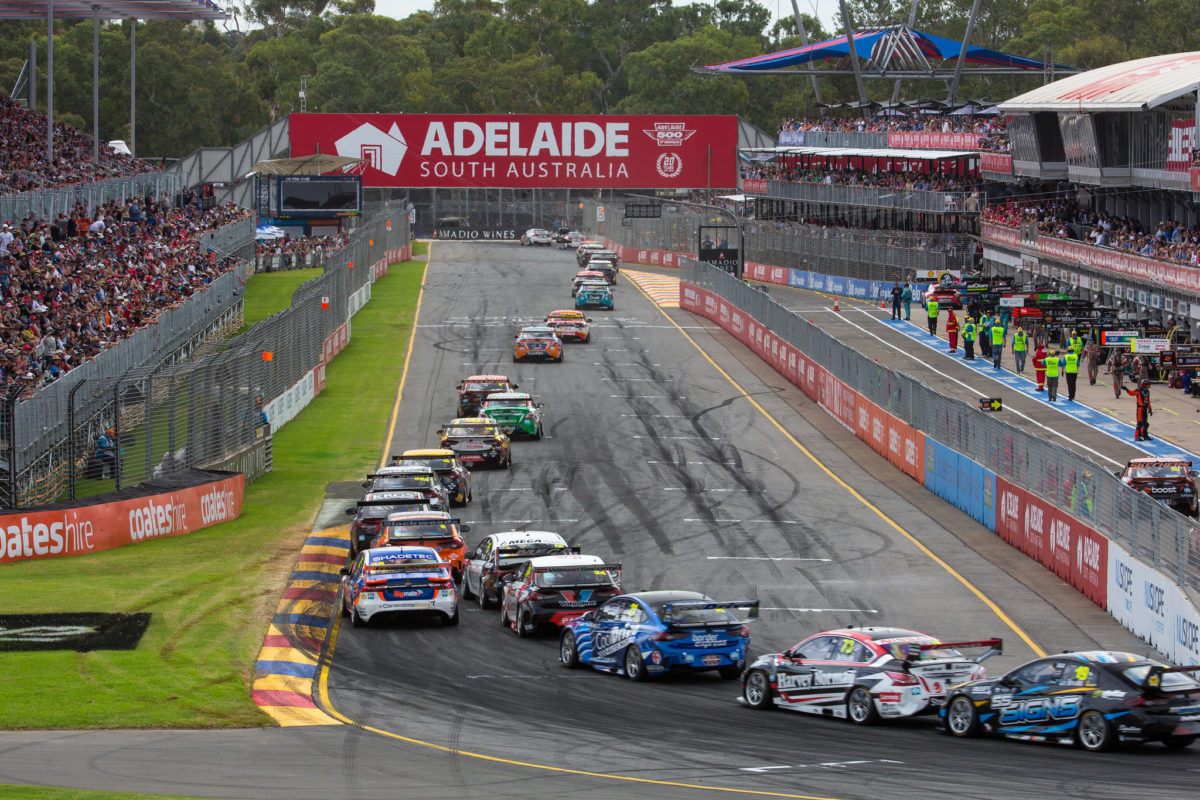 The Adelaide 500 has become “unviable”

Rising costs, falling attendance, and the challenges posed by COVID-19 have been cited as reasons for the demise of the Adelaide 500.

It was yesterday announced that Adelaide would no longer play host to Supercars racing on its streets, ending an event that started life in 1999.

Following that announcement, South Australian Premier, Steven Marshall, this morning explained that the event was “unviable” in the Government’s opinion.

“The Superloop Adelaide 500 has been an iconic event for South Australia for an extended period of time,” Premier Marshall said.

“We know that this has been an event that has brought much money and many visitors into our state in the past, but what we have seen in recent years is a reduction in the number of people who have been attending this event.

“We’ve seen an increase in costs, we’ve seen a reduction in the amount of corporate support. Then when we layer over the top of that the implications of living in this COVID environment, this event has become unviable.

“We made a decision that we wouldn’t be holding the event as scheduled for the early part of next year.

“We were hoping that it could be held later in the year as the final race in the current contract that exists, but as we learn more about COVID-19 and the way that we can manage COVID-19 events, we realised very quickly that this would be unviable for 2021 and quite frankly unviable going forward.

Premier Marshall emphasised a need for the South Australian Government to invest in smaller scale events that are in-keeping with the current restrictions and uncertainties posed by the pandemic.

“The SATC made a recommendation to the Government advising that we should re-purpose that money to support the events sector, which is a sector which has been doing it extraordinarily tough,” Premier Marshall explained.

“We looked at that decision. It wasn’t a decision which was taken lightly, in fact a huge amount of effort went into the analysis for this recommendation.

“I asked the SATC questions about this, we queried the assumptions that were made, but ultimately we are supporting the recommendation of the SATC.

“They’re an independent statuary authority, they’re charged with the responsibility of administering the money that the tax payers provide to increase visitors and to increase spending, create jobs in South Australia.

“That equation was becoming less viable,” he added.

“Costs were going up, crowds were going down, we saw the commercial support was reducing and COVID made it even more difficult going forward.

“After 2021 of course we were up for renegotiating that contract, and yesterday we advised Supercars that we would not be continuing with the 2021 race and we would not be participating in a street circuit beyond 2021.”

Premier Marshall also stated that it was unlikely that motorsport would return to the Adelaide streets in the near future, seemingly bringing the flag down on 35 years of racing in the South Australian capital.

“We regret that the South Australian Government has decided to cease holding this event,” it said in a statement.

“Supercars is looking forward to providing our fans with an exciting 2021 Championship across Australia and New Zealand.

“If, at any time in the future, the South Australian Government decides to recommence the Adelaide 500, Supercars would be delighted to be there.”