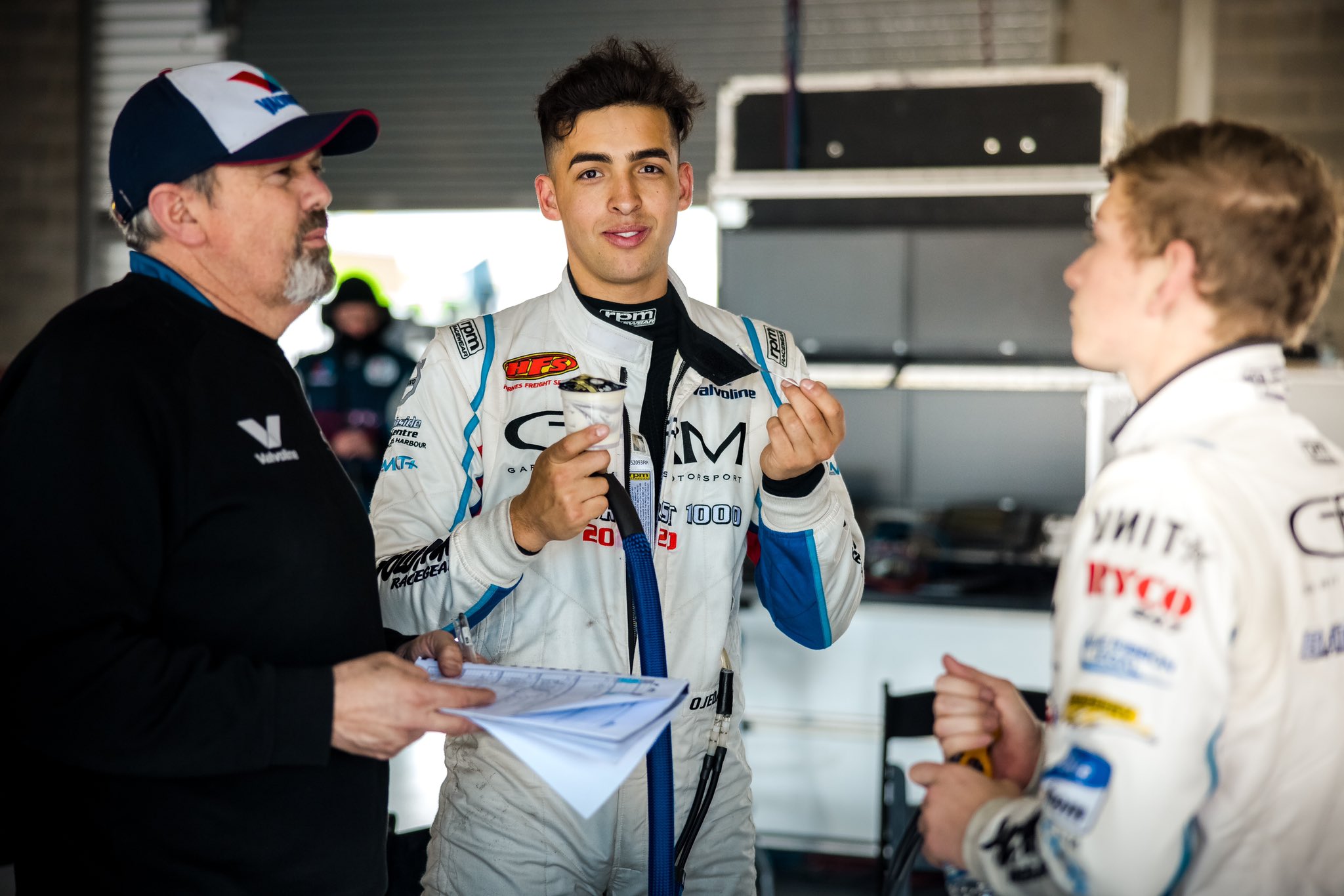 Jayden Ojeda says he needs another season in the Super2 Series before seriously looking at a full-time move to the Supercars Championship.

The 21-year-old has had a meteoric rise on the way to his Supercheap Auto Bathurst 1000 debut.

In 2018 he won the Australian Formula 4 Championship, winning 14 of 21 races before graduating to the Super3 Series the following year.

There he won four races, claimed six podiums, and finished runner-up to Broc Feeney who also made his Supercars Championship debut at the Bathurst 1000 this year.

Ojeda’s maiden season in a truncated Super2 Series saw him finish as the highest placed rookie and fourth overall with three podium finishes from seven races in 2020.

The Sydneysider was a late call-up to this year’s Great Race, filling in for Nathan Herne who was unable to acquire a Superlicence dispensation from Motorsport Australia.

Paired with Tyler Everingham, the pair finished 19th in their first outing, blighted by a crash two thirds into the race.

Speaking with Speedcafe.com, Ojeda was upbeat about his performance but said he’s aware he needs more time to develop.

“I think I need another year in Super2,” said Ojeda when asked if the Supercars Championship was on his radar.

“That was the plan coming into the weekend and it’s no different leaving the weekend.

“Bathurst highlighted that I’ve got pace and I’m very quick, it’s just about managing that pace and execution out there to get the results and put races away and get consistency, which is what I’m lacking a little bit now.

Ojeda’s maiden appearance in Supercars machinery at Mount Panorama wasn’t without its share of troubles.

He crashed the #40 Holden ZB Commodore in Friday’s co-driver practice session at The Cutting and later in the weekend had a similar incident in his #31 Nissan Altima in qualifying for the Super2 Series.

Ojeda said that did play on his mind heading into the Great Race.

“I haven’t had a crash for the past three years and to have three in one weekend definitely knocked my confidence a fair bit,” he said.

“On Friday I had the crash in the GRM car, then I had to jump straight into qualifying for Super2, so I couldn’t let it play on my mind too much. By the end of Friday, it was definitely playing on my mind coming into Saturday.

“Everyone says it’s not about how you react when you win, it’s when you lose or DNF and how you come back from that.

“To come back on Saturday and get P2 in Super2 was a really good recovery and we were really stoked with that considering the misfortune I had on Friday.

“Maybe after this weekend, who knows what’s around the corner for us.”

Despite crashing during Sunday’s main event, Ojeda described the weekend as a win and was encouraged by his in-race pace

“It’s our first taste in the main game, so to be only a few seconds off the pace in practice and to be racing around those guys on the same pace as them, which is not easy to do, is a credit to both Tyler and myself,” he said.

“We took our time, we built up to it, and we ended up with a decent fast car. We had the pace, which is good to know we weren’t that far away.

“The amount of times I said ‘cool’ was probably the most amount of times in my life. I came out of the first stint today saying, ‘this was amazing, this is the best thing ever’.

“Definitely such a cool experience. Definitely one I’ll remember for the rest of my life.”