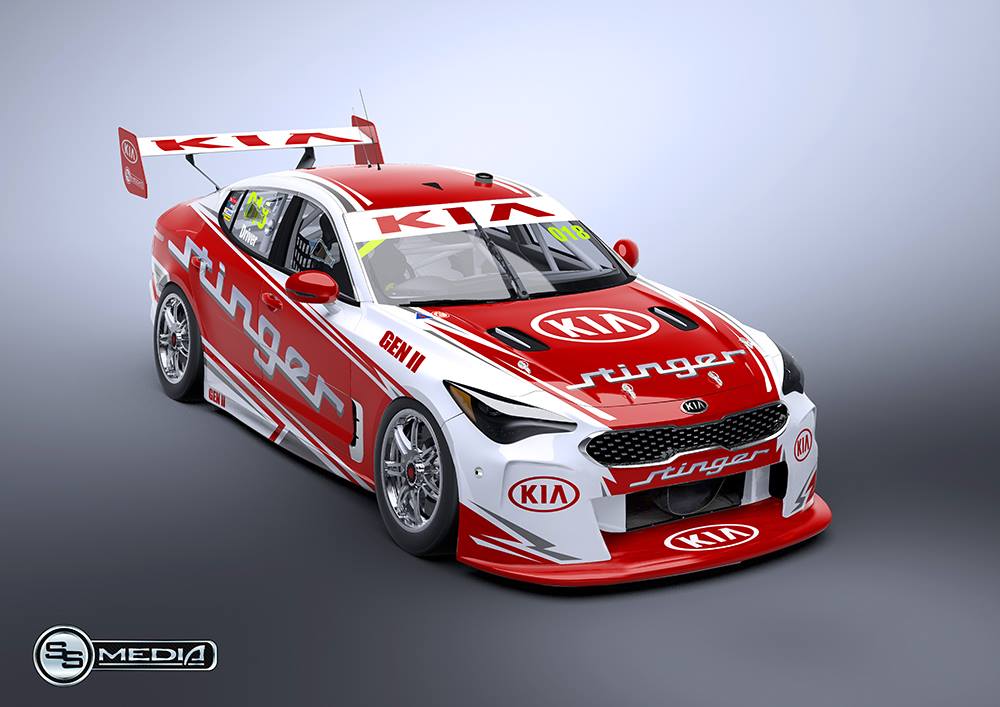 An artist’s impression of a Kia Stinger under Gen2 pic: SS Media

Kia Australia has ruled out any chance of the Stinger featuring in the Supercars Championship in 2022 under the new Gen3 regulations.

Speaking with Speedcafe.com, Kia Australia Chief Operating Officer, Damien Meredith, has dismissed any chance the company would allow its Stinger to join the championship.

Supercars is hoping to attract new brands to its championship by lowering the cost of entry and even developing the race versions of the road cars at no cost to the manufacturers.

That would see Supercars acquire the intellectual property from manufacturers to then develop the silhouettes inhouse.

However, that’s not enough to entice Kia, with Meredith stating that motorsport simply doesn’t fit with the brand’s local plans.

“It wouldn’t make sense for what we’re trying to do as a brand at this point in time,” Meredith told Speedcafe.com.

Despite Supercars’ attempts to make it easier for brands to get involved without having to fund factory-backed outfits, Meredith was adamant that Kia would want to have a level of control over any racing programme.

“We haven’t got the set-up to be involved in racing in Australia.

“I’m of the mindset that if you’re going to go motor racing you want to win, and there’s no guarantee of that.”

Kia has enjoyed significant sales growth in recent years, rising from a lowly 14th on the sales charts to a comfortable sixth, and closing on Ford in fifth place.

However, it has largely done so selling small cars and SUVs and will enter 2021 with plans to introduce a new, more premium branding and logo.

Plans are also afoot for the brand to launch its first electrified models; the Sorento SUV with both regular hybrid and plug-in hybrid powertrains.

While the Stinger has been positioned as a hero model for the brand, it is its lowest selling model by volume.

Meredith said undertaking an expensive racing programme with it does not make sense.

“It just doesn’t meet our overall strategy,” he said.

Another issue is cost, because even with Supercars targeting a 30 to 40 percent reduction in costs to build cars, Meredith said Kia would need to invest significantly in sponsorships and marketing to leverage its involvement.

“There’s still a tremendous amount of ancillary cost to be involved,” he explained.

Kia will launch a mid-life update for the Stinger before the end of 2020 but has yet to confirm if a second-generation model will get the green light when a replacement is due in 2024.

However, sources at Kia have suggested the current model’s lifespan could be extended if sales remain steady around the world; allowing the company to retain its hero model without investing in an all-new platform.