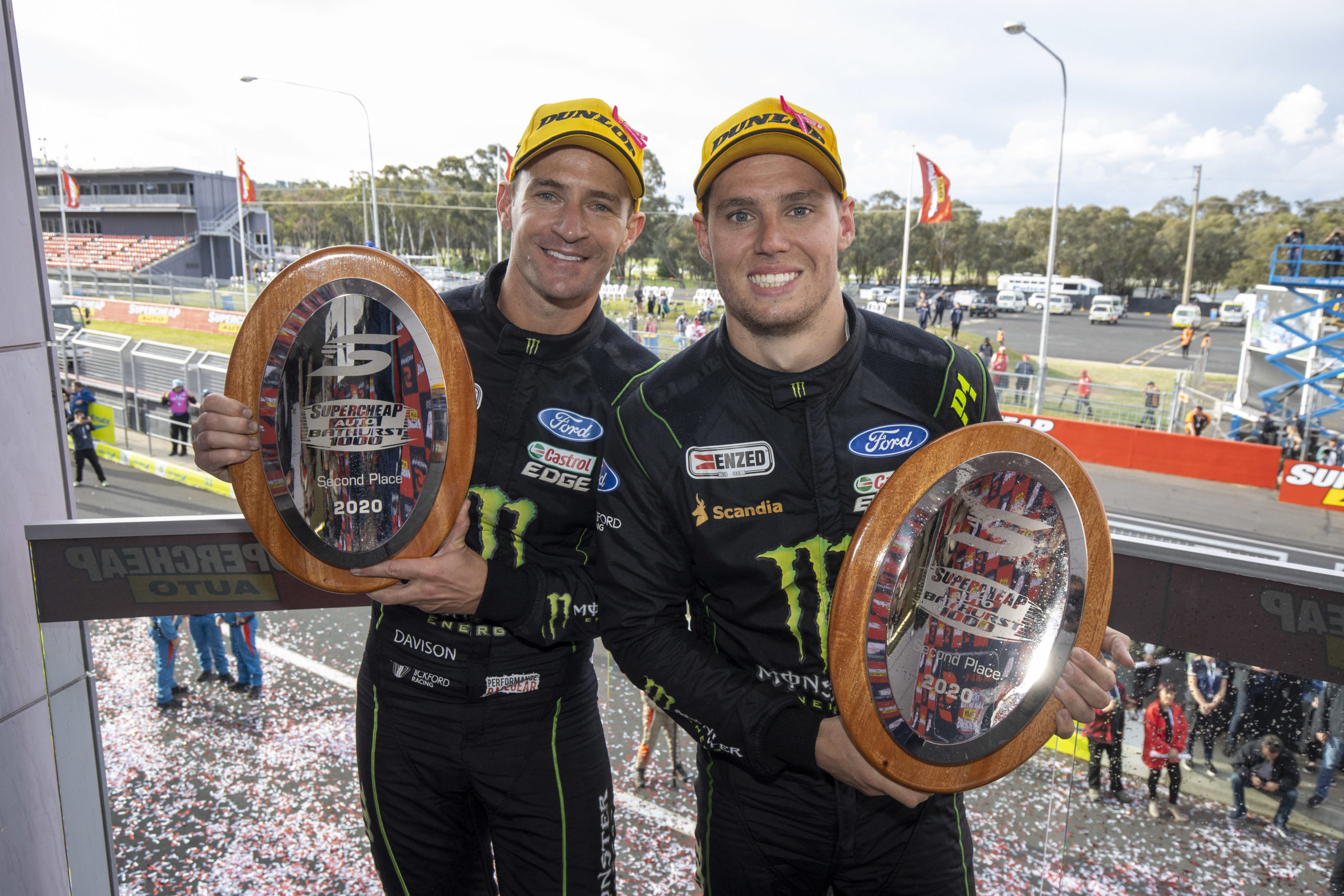 Will Davison (left) and Cameron Waters

Tim Edwards says Cameron Waters’ Supercheap Auto Bathurst 1000 shootout lap is evidence he has the speed to be a Supercars Championship contender next year.

Paired with Will Davison in this year’s Great Race, the Monster Energy Racing driver qualified fourth on Friday in a session hit by rain late in the piece.

Despite not being the last on track, a position usually favourable in the Top 10 Shootout, Waters set a 2:03.5592s on the Mount Panorama course come Saturday.

Asked by Speedcafe.com whether Edwards thought Waters would be a championship contender, the Tickford Racing Team Principal replied, “100 percent. Definitely.

“You look at his qualifying lap in the shootout, that was just outstanding. That’s the kind of lap that you see that Scotty’s become famous for doing.

“It was him that delivered it to the rest of the field. I had my other drivers all sitting there going, ‘How on earth did he get through The Dipper?’

“Their jaws were dropped because that’s not possible, but he did it, and he did it without losing any time, in fact, he was still punching out purples.”

It’s been 10 years since Waters made his debut in the Supercars Championship in what was a wildcard effort with Grant Denyer and Kelly Racing.

After his first appearance in 2011, the then 17-year-old went on to win the Australian Formula Ford Championship that year.

The following year he went full-time in the Supercars Championship and in only his second full season won at the Sandown 500 alongside Richie Stanaway.

This year Waters claimed his first win as a solo driver in the penultimate race of the season at The Bend Motorsport Park.

Edwards believes 2020 has been a breakout year for the 26-year-old.

“If you look at all those guys, it doesn’t happen instantly. It took him three or four years in the Super2 Series and that’s quite consistent with a lot of other drivers.

“(I’d) say he’s about that same point in his main series career, as well as when he really came of age in his final year of Super2.

“He just gave everybody a pasting and he had people like Paul Dumbrell in the championship then. It was a very strong championship.

“So he’s just been chipping away and doing everything he possibly can.

“It’s as much about him getting better and better, and more experienced, as it is us making sure that we give him the best widget to go and do it with.”