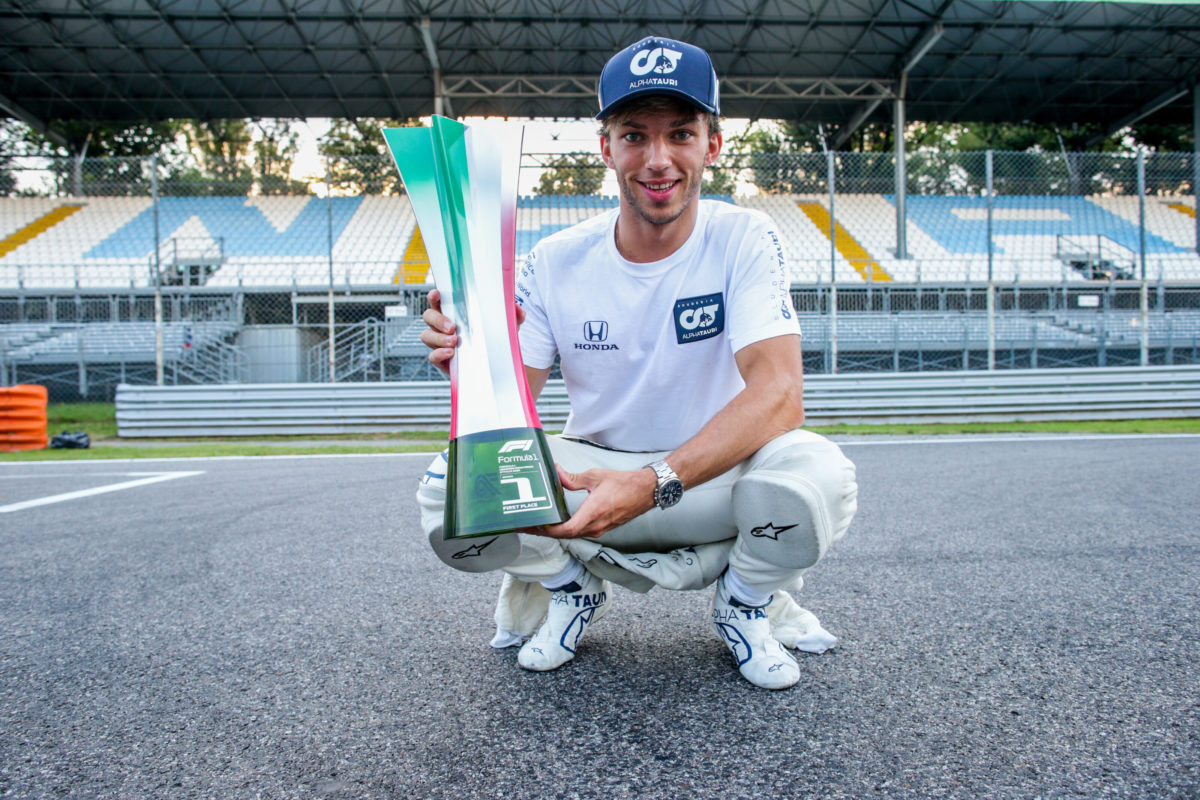 The Frenchman rejoined Red Bull’s junior team midway through the 2019 campaign before emerging as one of the leading lights in 2020.

His promise was highlighted by an opportunist victory in Monza, which was predated by a podium result at the Brazilian Grand Prix at the tail end of last year.

“I’m extremely happy to continue with Scuderia AlphaTauri for another season,” Gasly said.

“This year is going very well, and we are on track to have our most successful season in the team’s history.

“I feel we have a very strong relationship, we have managed to take every opportunity that’s come our way, the best one at the Italian Grand Prix.

“Winning my first Formula 1 race in Monza was a very special moment for me, and it was made extra sweet to deliver a second win in the team’s history, so I’m very proud of that.

“I’ll do my maximum to push the team and take all my responsibility to bring it as far forward as I can.

“I’m looking forward to next year’s challenge and continuing with AlphaTauri both as a premium fashion brand and a racing team, to keep performing as much as I can to achieve even more success in the future.”

AlphaTauri Team Principal, Franz Tost, added: “I’m delighted that Pierre will remain with us for the 2021 season.

“He has been part of the Red Bull driver pool for many years and I hope he will remain in the Red Bull family for many seasons ahead.

“Since he came back to the team last year, he consistently showed extremely good performances achieving two podiums, with a second place in Brazil in 2019 and a win at the team’s home race at this year’s Italian Grand Prix.

“Pierre has proven to be highly competitive also thanks to his great race craft, extracting the car’s potential at every race and giving valuable feedback to his engineers.

“He is mentally very strong, he is always motivated and when he sets a goal he gives it his all to achieve it.

“I’m looking forward to extending this cooperation and having a successful 2021 season together.”

Despite Gasly’s strong performances since rejoining AlphaTauri, and the apparent appetite for a new driver alongside Max Verstappen at the senior Red Bull team, the Frenchman has not been heavily linked with the seat.

Instead, the likes of Sergio Perez and Nico Hulkenberg have been touted a potential replacements for Alex Albon should the Thai driver’s performances not meet expectations.

“Pierre has done a super job, he’s driving very well in that environment with AlphaTauri, he’s comfortable in that car, with perhaps the less pressure that goes with that environment as well, and less expectation,” explained Red Bull team boss Christian Horner.

“And I think that obviously their aspirations as a team are different, as it was as Toro Rosso. So it makes sense that the fit works well in both directions with Pierre and the AlphaTauri team.”

Confirmation of Gasly adds another piece to the 2021 driver puzzle.

The identity of his team-mate has not been confirmed, with suggestions it will be Yuki Tsunoda.

Competing in Formula 2, the Japanese driver does not currently have the points needed for a Superlicence, though stands to gain them at the end of the year based on performances to date.

That would likely spell the end for Daniil Kvyat within the Red Bull programme, though seats remain open at Haas and Alfa Romeo, though the latter is tipped to retain Kimi Raikkonen and Antonio Giovinazzi.

Previous Story VIDEO: Ricciardo talks about life and how he stays race fit