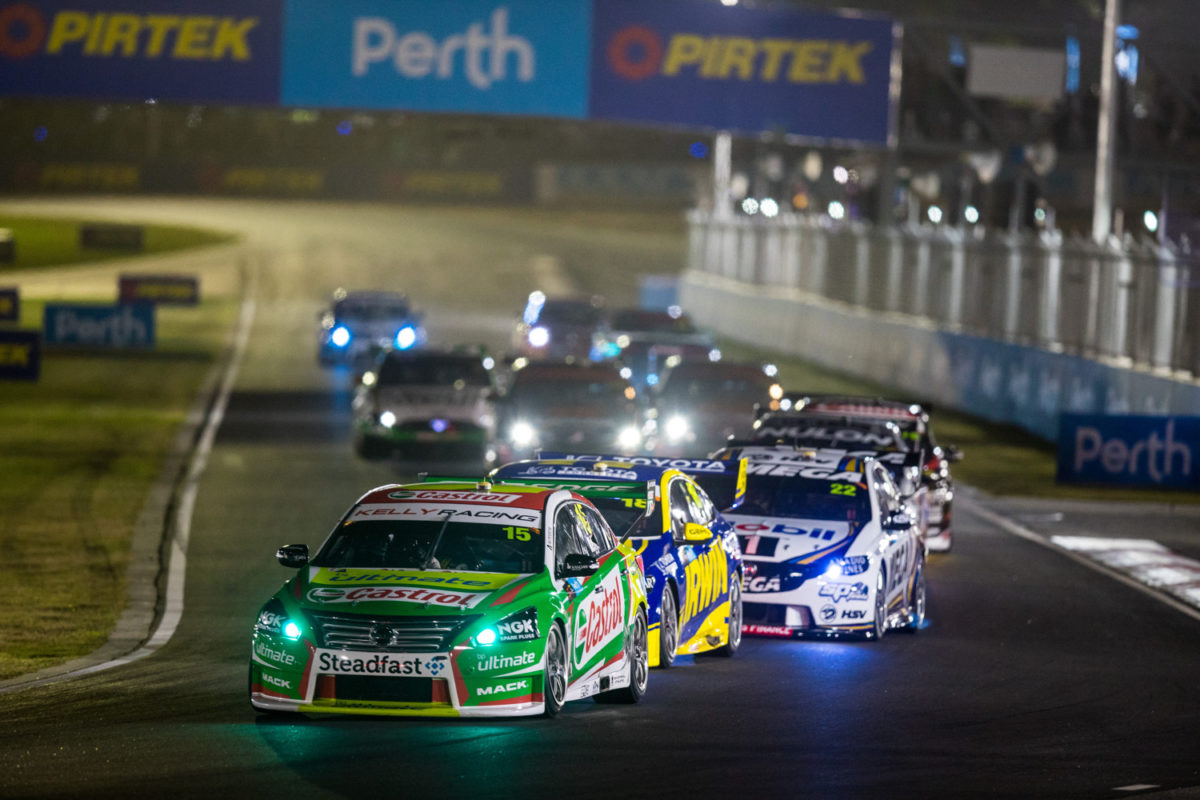 Supercars Management of Perth’s Wanneroo Raceway is working to facilitate the return of Supercars next year in either of two windows, amid the COVID-19 pandemic and Western Australia’s current border closure.

WA’s hard border closure shows little sign of abating before its state election next year on March 13, with the recently handed down Federal Budget including an assumption that it will persist until April.

As such, there is a chance that Supercars will have to find a new date for its Wanneroo (nee: Barbagallo) event, which has been held at some point from April 29 to May 18 since its last year off the calendar of 2010.

Even then, this year’s Pirtek Perth SuperNight, which was to have taken place on May 15-17, would have been unusually late given only one other West Australian event had gone beyond May 8 in the last decade.

The West Australian Sporting Car Club (WASCC), which operates Wanneroo Raceway and promotes its local Supercars weekend, is therefore working with the championship on two broad sets of dates for 2021 but is also open to “many others”.

“What we recognise is that, for 2021, we’re going to have to be flexible and agile,” WASCC General Manager Andrew Stachewicz told Speedcafe.com.

“So, that’s what we do, we build that into our planning and processes.

“We have built in a couple of windows where this is going to be possible and Supercars is not just a function of the raceway and Supercars.

“There are many other stakeholders and players involved, and it would be naive to think that two groups could get together and decide on the outcome notwithstanding the uncertainties of pandemic control and politics and so on and so forth, so we have to be that flexible and agile.

“Our initial planning; now, we’re in close contact with Supercars and we exchange plans about what we do, but I’m not silly enough to go asking them for certainty in their calendar preparations because that would be idiotic and it would be utterly unreasonable given the circumstances, and they can’t ask us for that either, so we just work on the premise that we will facilitate their return here.

“They’re thinking of a couple of potential windows where they would come. A lot of that will depend on pandemic control and the various politics around that, and we know when that is.

“All I can say is that those windows work for us extremely well and there won’t be a problem, whichever way they go, and we have enough flexibility in our programme to be able to change quickly if that be the case.”

Asked if that meant WASCC is confident of hosting Supercars next year, Stachewicz replied, “Oh, there’s more than a confidence.

“We’re actually planning for that to occur, yes, so if everything stays the same, then I would be very confident that it was coming back.”

Speedcafe.com understands that work on the 2021 Supercars Championship calendar is ongoing.

The season-opener is locked in for New South Wales, at a circuit as yet unconfirmed but highly likely to be Mount Panorama.

The NSW Government’s announcement of the former piece of news also confirmed the return of the Sydney SuperNight in 2021 and sponsorship of the Bathurst 1000 for the next five years.

Events South Australia gave up its contractual entitlement to kick off the season, with the Superloop Adelaide 500 to be held at a later date due to uncertainty over mass gatherings and the significant construction requirements of the city’s street circuit.

The Formula 1 Australian Grand Prix, which Supercars is set to support with points-paying races at Albert Park, is expected to be confirmed for a March 18-21 date next week.

After a suspension of activity due to the Australian outbreak of COVID-19, Wanneroo has been hosting motor racing since June.