Ricciardo hopes Portimao lessons can be applied to Barcelona

Ricciardo hopes Portimao lessons can be applied to Barcelona 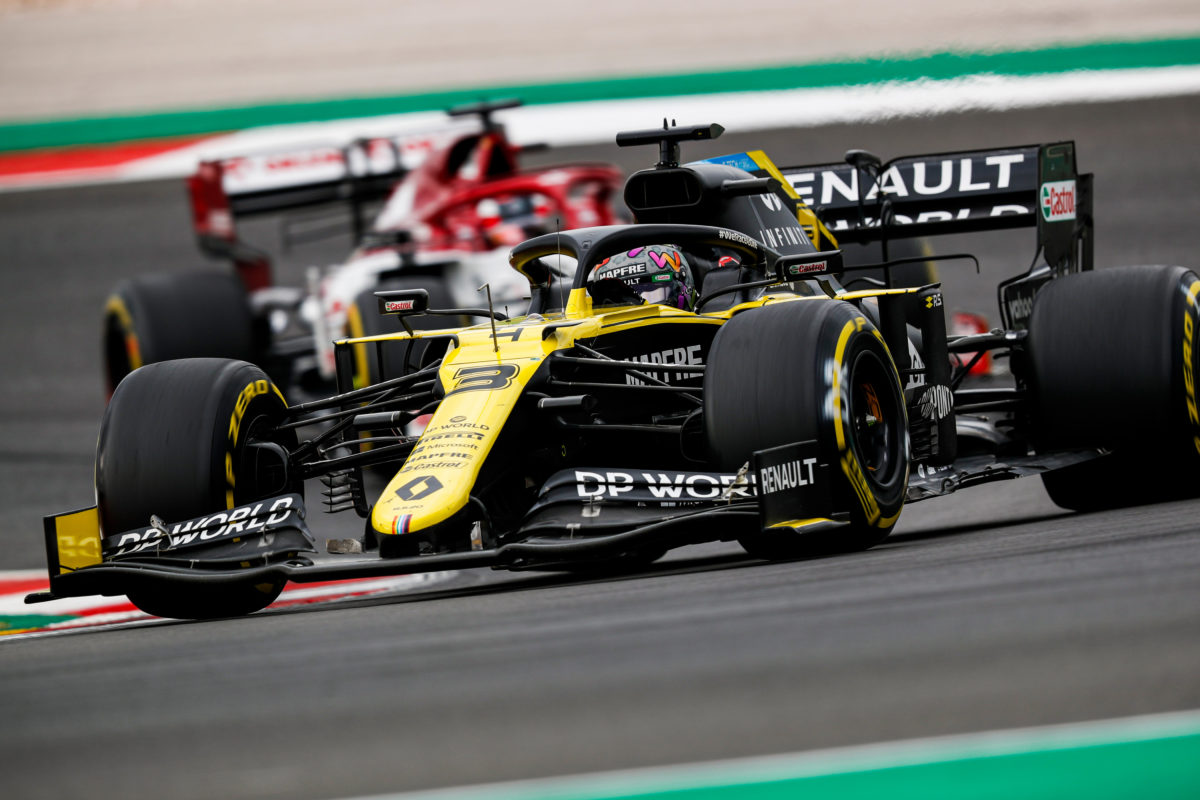 Daniel Ricciardo hopes lessons learned over the Portuguese Grand Prix can be used to improve the racing spectacle at the Spanish Grand Prix.

Portimao had previously only been used for testing and evaluation purposes prior to last weekend’s event.

While Lewis Hamilton dominated proceedings for much of the 66-lap encounter, it was punctuated at points with wheel to wheel racing.

Heading into the weekend it was feared the circuit would not promote overtaking, though in practice it offered opportunities for drivers to do battle.

That was in addition to the use of DRS down the front straight, which proved somewhat overpowered and allowed the following driver the ability to breeze by their competitor.

However, Ricciardo suggests the run on to that front straight was a key catalyst in the way the racing unfolded.

“I would say one of the trends is a high speed last corner,” said the Australian.

“It really gives you a chance to catch the tow from early on. It’s a bit like Mugello.

“It’s quite a fast last corner and you can catch the tow a lot earlier.

The Circuit de Catalunya-Barcelona has been home to the Spanish Grand Prix since 1991, and is often used for pre-season testing.

It’s regarded as an ideal testing venue courtesy of its blend of high-, medium-, and low- speed corners, not to mention its typically mild climate during the European winter.

Changes to the circuit in 2007 saw the introduction of a chicane prior to the final corner, slowing cars for the run on to the front straight.

It was thought that, slowing cars onto the front straight, would allow them greater ability to follow more closely.

The logic followed that lower speeds through the final corner would reduce the impact of aerodynamic turbulence through what was otherwise a fast right-hander.

Ricciardo suggests that chicane is now hurting the racing spectacle at the venue, which has historically produced little in the way of overtaking.

“When you look at Barcelona, and you accelerate out of a slow chicane, there’s that concertina effect where you know the car’s already gapped from traction,” he said.

“By the time you pick up a tow it’s halfway down the straight, it’s too late.

“So, I think a high speed corner onto the straight helps a lot because you can pick up the tow and that helps overtaking.

“Then, I think as well, just this (Portimao) track surface being so slippery; there were mistakes and it was easy, if you basically kept a clean line, and the other car didn’t, to pick up a tow or pick up an opportunity.

“I would love to go back to the old (Barcelona) circuit with that old last sector,” he added.

“I think overtaking would change dramatically around that track, so hopefully we can make that happen.”

Ricciardo finished ninth in Portugal, one spot behind his Renault team-mate, Esteban Ocon.