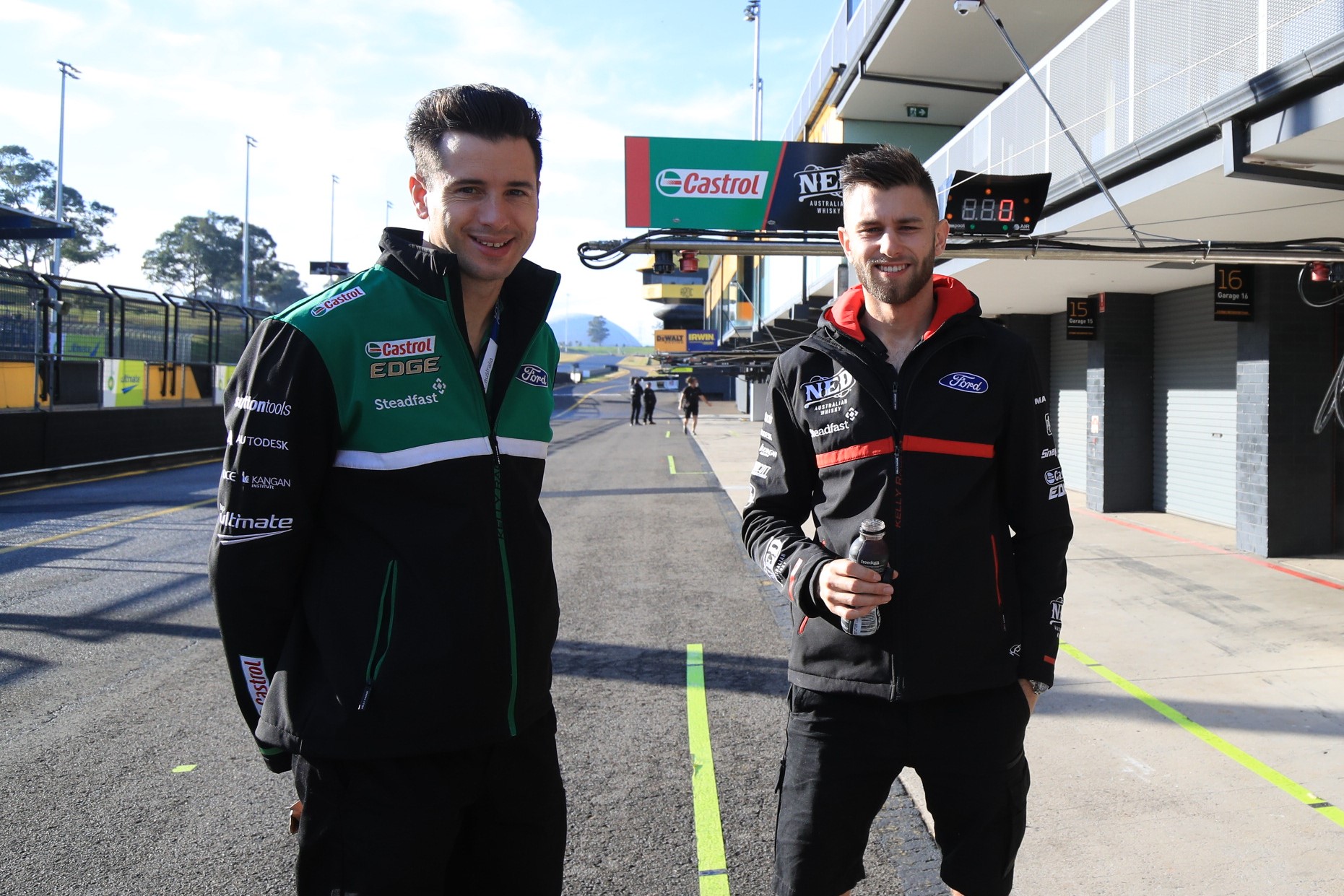 After competing for Tickford Racing satellite Super Black Racing in 2015 and then Lucas Dumbrell Motorsport in 2016, Heimgartner was sidelined for 2017.

Whilst focused on a Porsche Carrera Cup Australia programme, a chance came that year to join then Brad Jones Racing driver Tim Slade in the Supercheap Auto Bathurst 1000 and Gold Coast 600 after Ash Walsh was injured in a crash at Phillip Island.

It was in the latter event that he impressed the most. Having led much of the opening stint of the first Gold Coast 600 race, Heimgartner and Slade fell to third after the air jack found a hole in the pit lane surface and resulted in a slow pit stop.

From that performance, Kelly Racing boss Todd Kelly approached Heimgartner to offer him a full-time drive with the team, taking the place of Todd who retired at the end of that year.

Since then, Heimgartner has been a staple of the team alongside Rick Kelly.

Heimgartner said he’s grateful that Rick and Todd have kept him onboard, allowing him to mature and develop to a new level.

“It’s hard to find teams and people that sort of stick by you because obviously with what’s going on now, a lot of times it’s about money, it’s about this, it’s about that,” Heimgartner told Speedcafe.com.

“But I think the Kelly boys, Todd and Rick, understand the future. I was lucky enough when I came along, Todd stepped aside so I could have a go.

“They wanted someone to try I guess mentor and build up to go forward with the team into the future, thinking more long-term.

“And I learned a lot off of Todd, but obviously more so off of Rick being with him in the A-trailer.

“You’re with him a lot of the time when you’re away, you travel in cars everywhere, you fly everywhere together, you stay in the same hotels, everything like that.

“I guess Rick has had a much bigger effect on me than anyone else. And I guess you grow to your environment and you rise to that level. Having someone of his level definitely helped me.”

After three seasons as his team-mate, Heimgartner said it will be strange to race next year without Kelly alongside him.

“It’s going to be very strange,” he said.

“It’s something that’s become a new normal for me having him around. You don’t want it to sound too pathetic or anything but obviously you get used to your surroundings.

“So definitely it will have a big impact on the vibe of the team. He’s obviously a big part and what we do and how we go racing.

“I’m not sure if he’ll be there in any other capacity, but him not being there as a driver adds a very different flavour to it.

“It will be very weird I’m guessing for the first few rounds with having whoever else is going to replace him.

“I’m not a very emotional person and you don’t want to make it sound strange, but the team is Kelly Racing.

“Now that both Kelly brothers have retired that I’ve grown up watching for, I guess most of my younger years, it’s a very strange dynamic.

“Kelly Racing has always been the Kelly brothers and to sort of see Todd go and now Rick, it’s a bit of a strange feeling for everyone.”

Heimgartner said that while Kelly’s departure from driving duties will be felt throughout the team, he’s optimistic about its future.

Nevertheless, the Kiwi is keen to have him in his corner on co-driver duties should the opportunity arise.

“Someone who’s won Bathurst twice and of his calibre, I’d love to have a co-driver,” said Heimgartner.