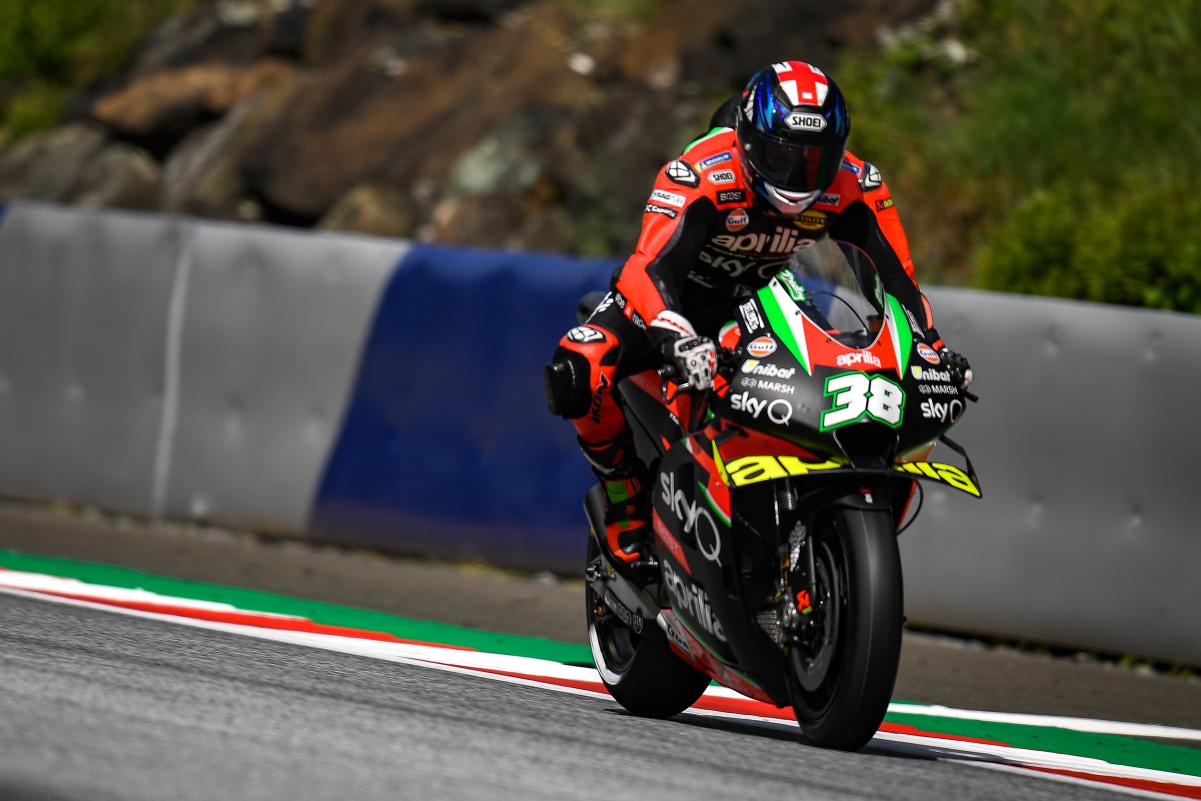 Aprilia has replaced Bradley Smith with Lorenzo Savadori for the remainder of the MotoGP season.

The move follows a recent Court of Arbitration (CAS) for Sport hearing into Andrea Iannone’s doping ban, a suspension which has seen Smith contest every grand prix so far this year.

However, the final three races of 2020 will be contested by Savadori, Aprilia’s other test rider.

The Italian won his domestic CIV Superbike Championship this year on an RSV4 and also spent three years in the Superbike World Championship with Aprilia.

“First and foremost, I wish to thank Bradley for his efforts this season,” said Aprilia Racing CEO, Massimo Rivola.

“He took on the unexpected role of factory rider with great dignity and outstanding performance, and his contribution was extremely valuable.

“Now we are excitedly awaiting Lorenzo’s debut. This promotion is certainly a reward for his great season as a CIV rider, dominating the Superbike category.

“But it is also a step of growth for a rider who will be a tester for our RS-GP in 2021 as well. Riding our fledgling project in the race as well will certainly be a step forward for Lorenzo and, therefore, for all of Aprilia Racing.”

Savadori added, “To say I’m happy would be an understatement and I wish to thank Aprilia Racing straight away for this great opportunity.

“I will be arriving prepared for the event, thanks both to the work done during the tests on the RS-GP and to the CIV season that just ended.

“It was a challenging Championship that demanded top form and maximum concentration from me.

“Now I need to reorganise my thoughts, glean from the kilometres I’ve ridden astride the RS-GP and make sure I’m ready and focused for the first practice session.”

Both Iannone and the World Anti-Doping Agency appealed against the Italian’s 18-month suspension for using a banned substance.

The former sought to have it dropped entirely having established that he consumed the steroid through contaminated meat, while the latter wanted it extended to four years.

The CAS heard the matter earlier this month and is set to hand down a decision in mid-November.

“The Court of Arbitration for Sport (CAS) hearing in the appeal arbitration procedures filed by the Italian MotoGP rider Andrea Iannone and the World Anti-Doping Agency (WADA) took place on 15 October 2020,” read a statement from the court after that hearing.

“The panel of arbitrators will now deliberate and finalise the Arbitral Award containing their decision.

“It is expected to be notified by mid-November 2020. The final award will be announced on the CAS website.

“The proceedings concern the decision taken by the Fédération Internationale de Motocyclisme (FIM) International Disciplinary Court decision dated 31 March 2020 (the Challenged Decision) in which Andrea Iannone was found to have committed an anti-doping rule violation and an 18-month period of ineligibility was imposed on him.

Aprilia’s lead rider, Aleix Espargaro, is currently 18th in the championship on 27 points while Smith amassed 12, which has him 21st after 11 premier class rounds.