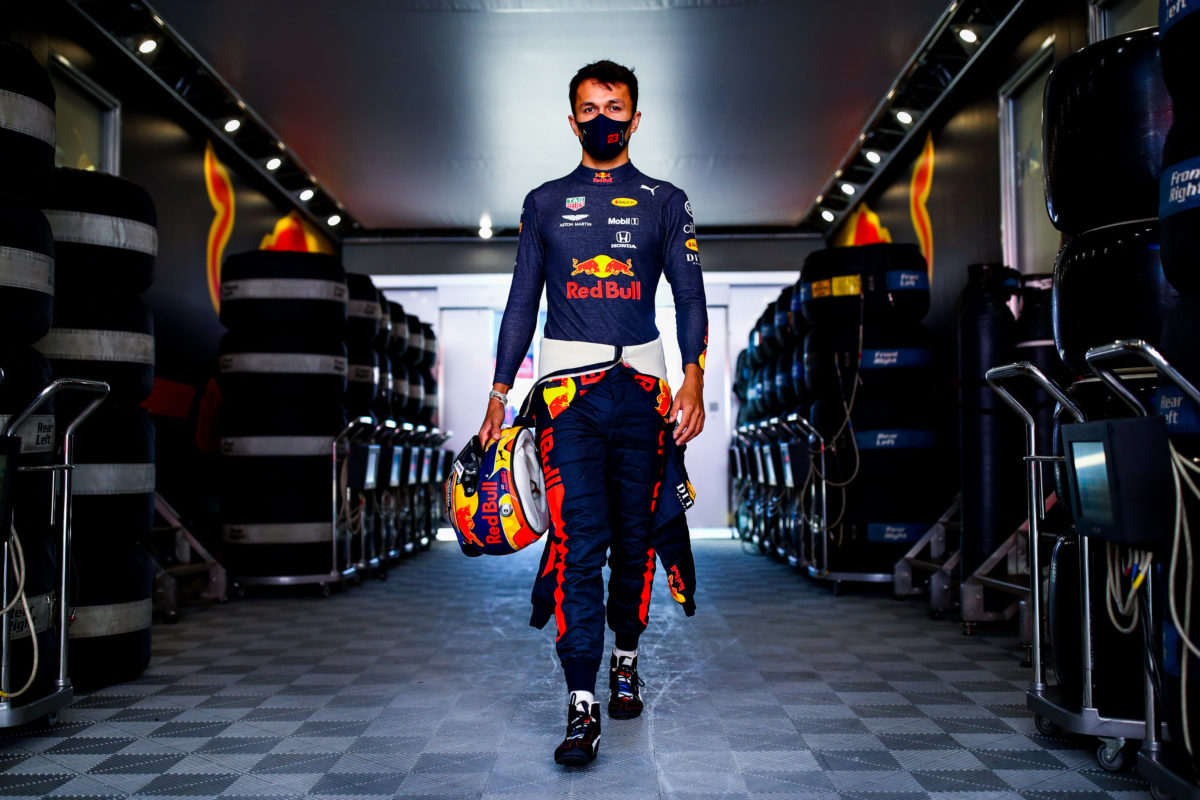 Alex Albon will retain his Red Bull Racing seat for the remainder of the 2020 Formula 1 season according to team boss Christian Horner.

Albon’s future has been one of the leading silly season storylines as the makeup of next season’s grid begins to take shape.

The Thai driver was promoted to the senior Red Bull team prior to last year’s Belgian Grand Prix in place of Pierre Gasly.

Throughout the 2020 campaign he’s struggled to match Max Verstappen and has just one podium to his name.

Horner has reaffirmed that his squad is committed to the 24-year-old but acknowledged he has rivals for the drive next season.

“The reality is there’s not so many races left in the season,” he explained.

“It’s getting to that time of year where we need to start thinking about next year obviously, so I think within the next few weeks, we’re going to have to make a decision.

“I think that you’ve got to look at all of the options,” he added.

“I don’t think we’d be doing our job if we didn’t look at the situation within F1, in that there are obviously drivers that have got significant experience and ability, and that is a very unusual situation, that could be available.”

One of those linked to the drive is Sergio Perez, the Mexican having been dumped by Racing Point in favour of Sebastian Vettel.

Perez has been linked with a move to Williams, in place of George Russell, with those rumours gathering steam over the Portuguese Grand Prix last weekend.

“I think all of this speculation has probably been fed by the Perez camp, who are trying to apply pressure on other teams further down the grid, potentially (for) a Red Bull seat,” suggested Russell.

“That’s my view on it. I’ve got a contract, I’ve got nothing to worry about, and I’m just here focusing on my job.”

In a similar boat is Nico Hulkenberg, who is currently a free agent but has had three outings with Racing Point as a substitute during the course of the current season.

According to Horner, his first preference is to retain Albon and is unperturbed by the prospect of Perez negotiating with Williams.

“Well, I think any of those drivers would obviously put Red Bull as a priority over any other seats, so I would imagine that they would wait to see what decision is,” he said.

“We’re committed to Alex for this year,” he added.

“Everybody in the team wants him to lay claim to the seat next year. He’s a great guy. We believe he does have talent.

Formula 1 heads to Imola this weekend for a two-day event, with the sole 90-minute practice session at 20:00 AEDT on Saturday.

Qualifying then follows at midnight with Sunday’s race set for a 23:10 AEDT start.