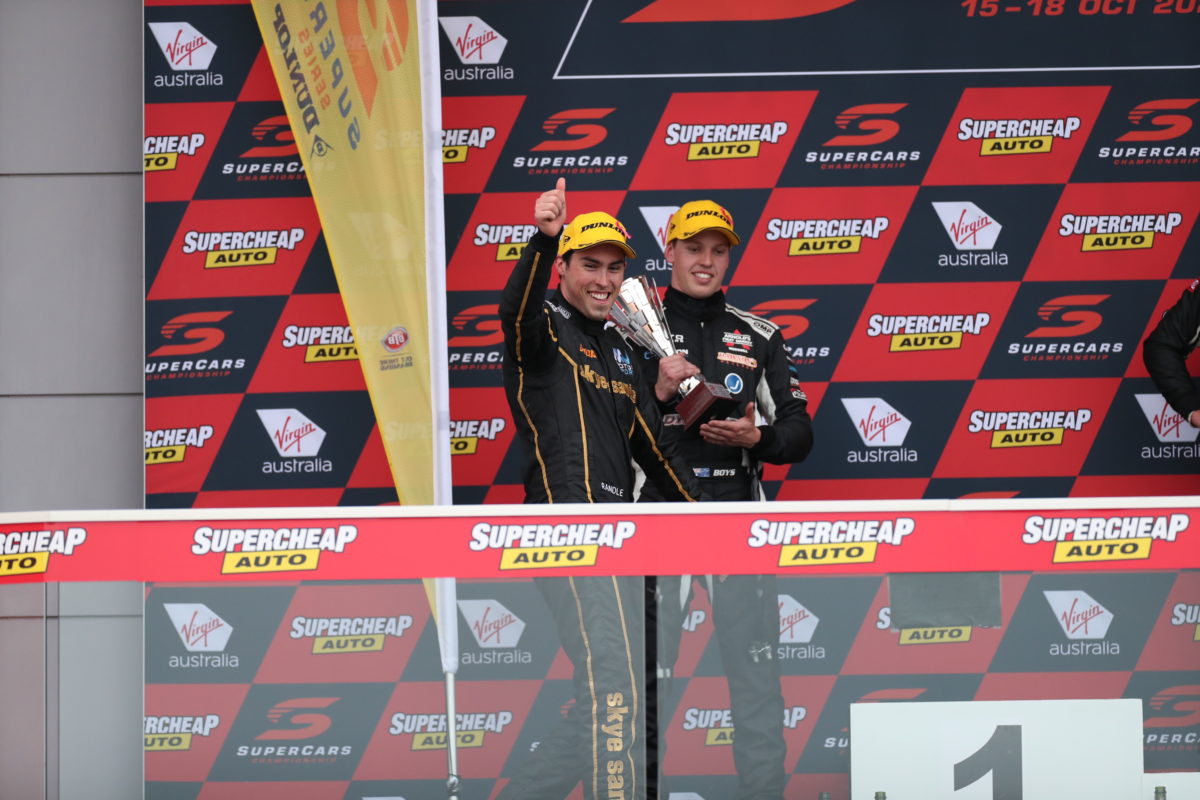 Thomas Randle has described his Super2 triumph in a year in which he was diagnosed with testicular cancer as “pretty special”.

Randle was officially declared the series winner just over a week after it supported the Supercheap Auto Bathurst 1000, which Supercars has now confirmed as the final Dunlop Super2 event of 2020.

The then-23-year-old revealed his diagnosis after undergoing surgery in January but still lined up on the grid in Adelaide in the following month.

There, he put an MW Motorsport (MWM) Altima on pole and won Race 3 of the weekend, after which he described the race track as “my therapy”.

Asked what it is like to win the Super2 Series as he manages cancer, Randle told Speedcafe.com, “It’s pretty special.

“I was very lucky with my diagnosis that it was a type of cancer that is highly curable.

“We’re obviously still monitoring it at the moment because that’s what you’ve got to do (but) if you’re going to get a cancer, it’s the best one to get.

“I said to myself before my surgery in January, I just want to be on that grid in Adelaide.

“I’d worked enormously hard and after I got that news early January, I rang up Matt White (team owner) and said, ‘Hey, this is the go,’ and the whole time he was fully supportive and understanding of what I was going through.

“It was really encouraging to know that he wasn’t trying to just go look for someone else at the time to fill that seat for the grid, and he was very patient. He said, ‘Yep, just let us know how you’re feeling.’

“We ended up delaying our testing because, physically, I wasn’t ready. I was still struggling to walk at the time, but we made it to Adelaide and stuck it on pole in the first (qualifying) session, which was pretty phenomenal.

“Then, to get the double pole at Sydney was fantastic, and we got a race win, and at Adelaide I should probably have had two wins there, but threw it away in the first race.

“Yeah, it’s been a challenging year.”

Randle did, of course, also have to contend with the additional disruption caused by COVID-19.

Being Victorian-based, like MWM, he was part of the dash across the border ahead of Super2’s second round at Sydney Motorsport Park in July, then spent months in Queensland with the family of fellow racer Liam McAdam in order to ensure he could take his place at the Bathurst 1000 with Brad Jones Racing.

“It was an interesting year and I also have to give credit to Supercars for getting us running again,” he said.

“The fact that we got to be racing was just a true testament to the whole championship. They could have easily just said ‘Nope, no racing, that’s it,’ but they got us another two rounds and I think it was just fantastic.

“It’s going to be awesome having that trophy sitting here at the workshop.

“I obviously have to thank Matt; my family as well, my mum and dad, (who have) been a huge support of mine over the last 24 years of my life.

“I’d also like to thank Dave and Leeanne McAdam for letting me stay at their house up in Queensland when I was there for a hundred-and-something days.

“There has been a huge group of people that have helped make this happen.”

While he extended his series lead with a fighting second place and a race win in the Bathurst round, the circumstances in which Randle finally found out he was the series winner were fittingly unusual.

“It’s an interesting way to win the championship,” he remarked.

“I didn’t really know what to expect, because I guess we were all waiting on an answer from Supercars as to what the plans were.

The series win is the second in a row for MWM after Bryce Fullwood took the 2019 title in the same chassis, while Image Racing’s Will Brown and Jordan Boys finished 2020 in second and third respectively.