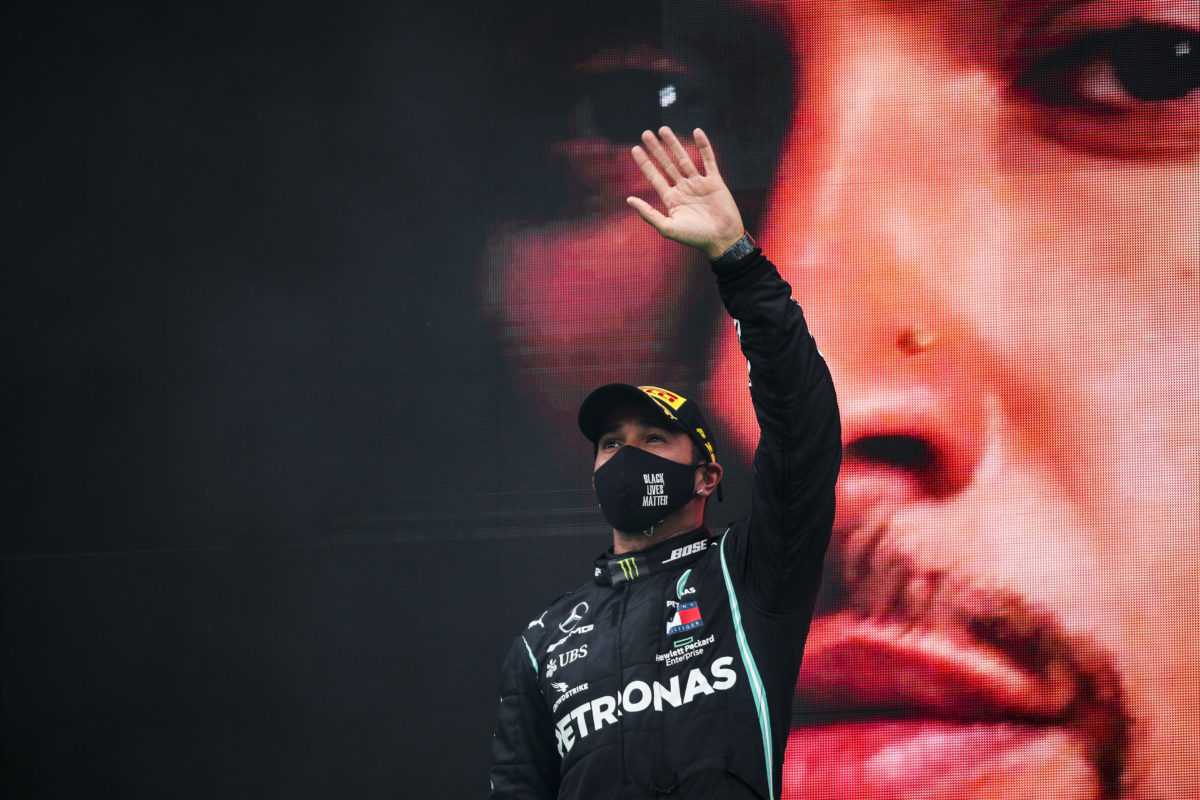 Lewis Hamilton has opened up following his record-breaking victory in the Formula 1 Portuguese Grand Prix.

The 35-year-old scored the 92nd grand prix win of his career, surpassing the marker laid down by Michael Schumacher.

It leaves him as the winningest driver in the world championship’s seven decade history, and later this year he could draw level with Schumacher’s seven titles.

Hamilton won the first of his crowns with McLaren in 2008, and has added five more since joining Mercedes in 2013.

That’s coincided with a period of unprecedented dominance of the sport by the Anglo-German squad, which has claimed ever drivers’ and constructors’ title since the current hybrid formula began in 2014.

“I knew that we would win championships,” Hamilton said of his decision to join Mercedes.

“It is a phenomenal time for us and the great thing is that it’s not just me that is living with the history, it’s the whole team and I think everyone acknowledges and realises how much they are part of it, so I feel incredibly grateful to my team-mates.”

Hamilton is currently without a contract beyond the end of the 2021 season, though is expected to ink a new deal with Mercedes in the coming weeks.

That could see him remain in the sport for at least another three years, offering the potential of 10 world championships by the end of that deal.

“I don’t believe in the saying the sky’s the limit, it’s just a saying,” he ventured.

“Every race feels like the first one. I don’t know how that’s possible after all these races but for me it does, just as challenging as the first, and I think there is a lot more for us to do.

“I still feel physically strong but you still wonder when is it going to tip over and lose performance but showing by (Sunday), it’s not yet.”

Hamilton could wrap up the 2020 drivers’ title at the Bahrain Grand Prix in three events’ time.