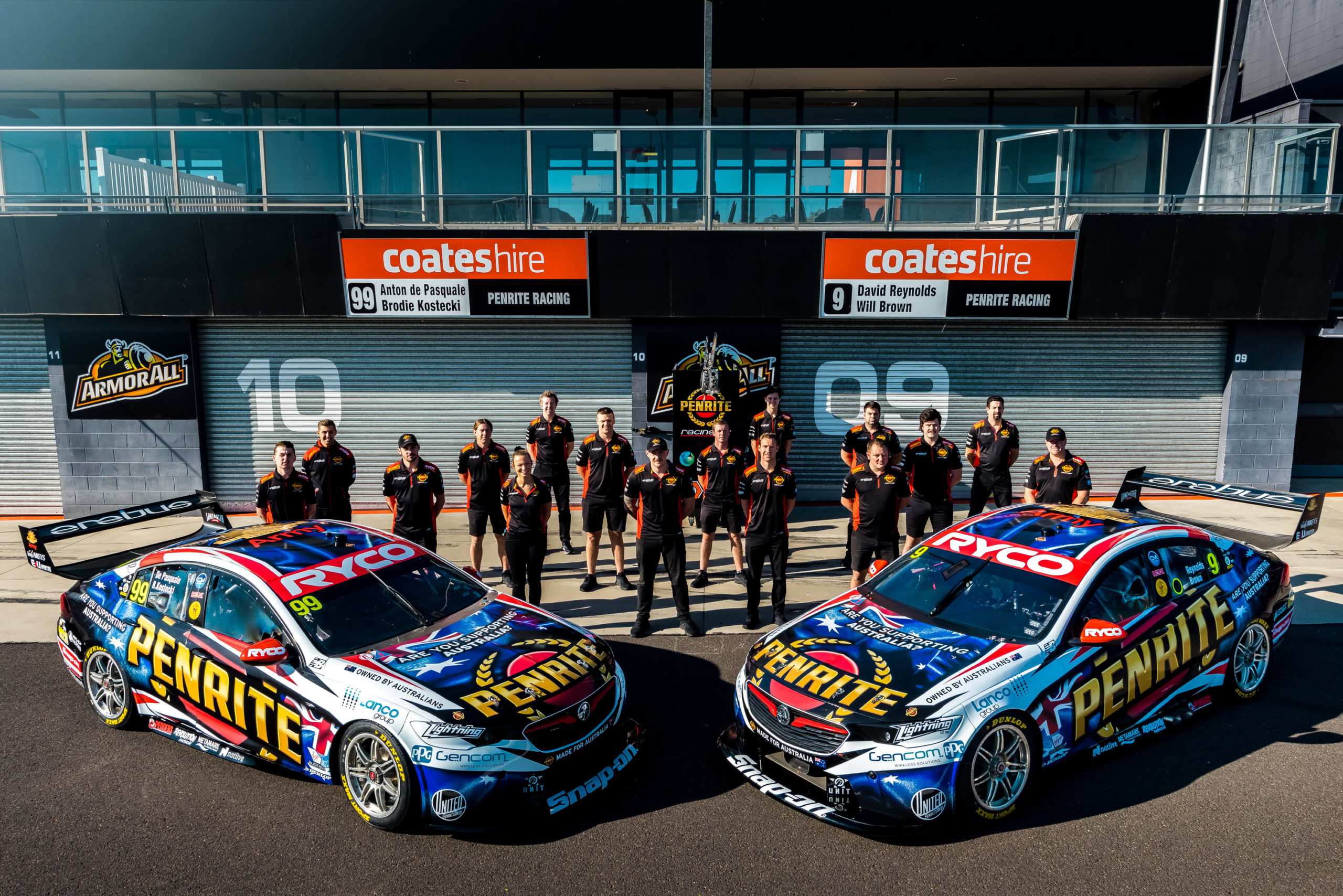 The Dandenong-based outfit has been subject to intense speculation amid rumours De Pasquale will move to the new look Dick Johnson Racing team.

The Stapylton team, Dick Johnson Racing, has indicated it will reveal its new line-up in the coming weeks, which is expected to at least feature Will Davison.

Erebus Motorsport currently has two drivers contracted for next year in Reynolds and this year’s Super2 Series runner-up Will Brown.

Reynolds is one year into a 10-year contract, but rumours have surfaced that the 2017 Bathurst 1000 winner may part company with the team.

De Pasquale declined to comment on his plans for 2021 when approached by Speedcafe.com while Reynolds couldn’t be reached for comment.

Speaking with Speedcafe.com, Ryan said it’s status quo with his driver line-up unless they tell him otherwise.

“At the moment, the rumour mill is involving us, but we don’t know anything more than you might know, and anything we do know we can’t really comment on – there’s not much to say,” he said.

“There’s more rumours about what Anton’s doing and what Dave is doing. Until they tell me, I don’t know anything. I haven’t got anything to say.

“They obviously know what they want to do. If it’s different to what we want to do then they need to tell us.

“We just want to go racing with the two best drivers. If it’s Anton and Dave, that’s great. If it’s not, then we’ll figure out what we’re going to do.

“We’ve got Will (Brown) already contracted. Hopefully in the next few weeks we’ll know what’s going on.”

“All drivers are pretty guarded with what they say,” he added.

“Anton’s situation, we spoke just before Bathurst and said, ‘let’s just get through Bathurst and forget what might happen’. The conversation we’ve had with Anton is that we’ll talk soon.

“As far as I’m concerned he (Reynolds) is contracted for another nine years. If he’s looking around, good luck to him, but I don’t know how he’s going to go somewhere else.”

Late last year the team announced it had signed Brown on a multi-year deal.

At the time, the team stated that the 22-year-old’s signing would position him to graduate from the Super2 Series to the Supercars Championship in 2021.

Asked whether Brown was still in line to make the step up, Ryan said he wouldn’t go into specifics of the deal.

“I don’t want to talk about his contract,” said Ryan.

“Obviously this year with COVID it’s been a lot different to what he was contracted to do this year.

“We just need to take a breath and make sure what we do is the right thing for the team.

“The team put in a massive effort to put the show on the road, so we’ve just got to make sure we do the right thing.”

Among the drivers rumoured to make the step into the Erebus Motorsport fold full time is Super2 Series race winner Brodie Kostecki.

The 22-year-old this year drove with De Pasquale in the Supercheap Auto Bathurst 1000, finishing ninth in the #99 Holden ZB Commodore.

Speaking with Speedcafe.com at this year’s Great Race, Kostecki said he hoped to know by Christmas whether he would be able to make the step up to the Supercars Championship.

Ryan said the Perth-born driver is an attractive option.

“After Bathurst, he’ll be at the back of a lot of people’s minds,” he said.

“I love the way he is as a person and a driver.

“Worst case scenario we’ll have him as a co-driver, for sure, if he doesn’t get a full-time gig.

“He’s the sort of guy someone is going to grab one day. He’s got the ability.”

Ryan said finalising the team’s line-up needed to happen “sooner rather than later” so that sponsors can be finalised.