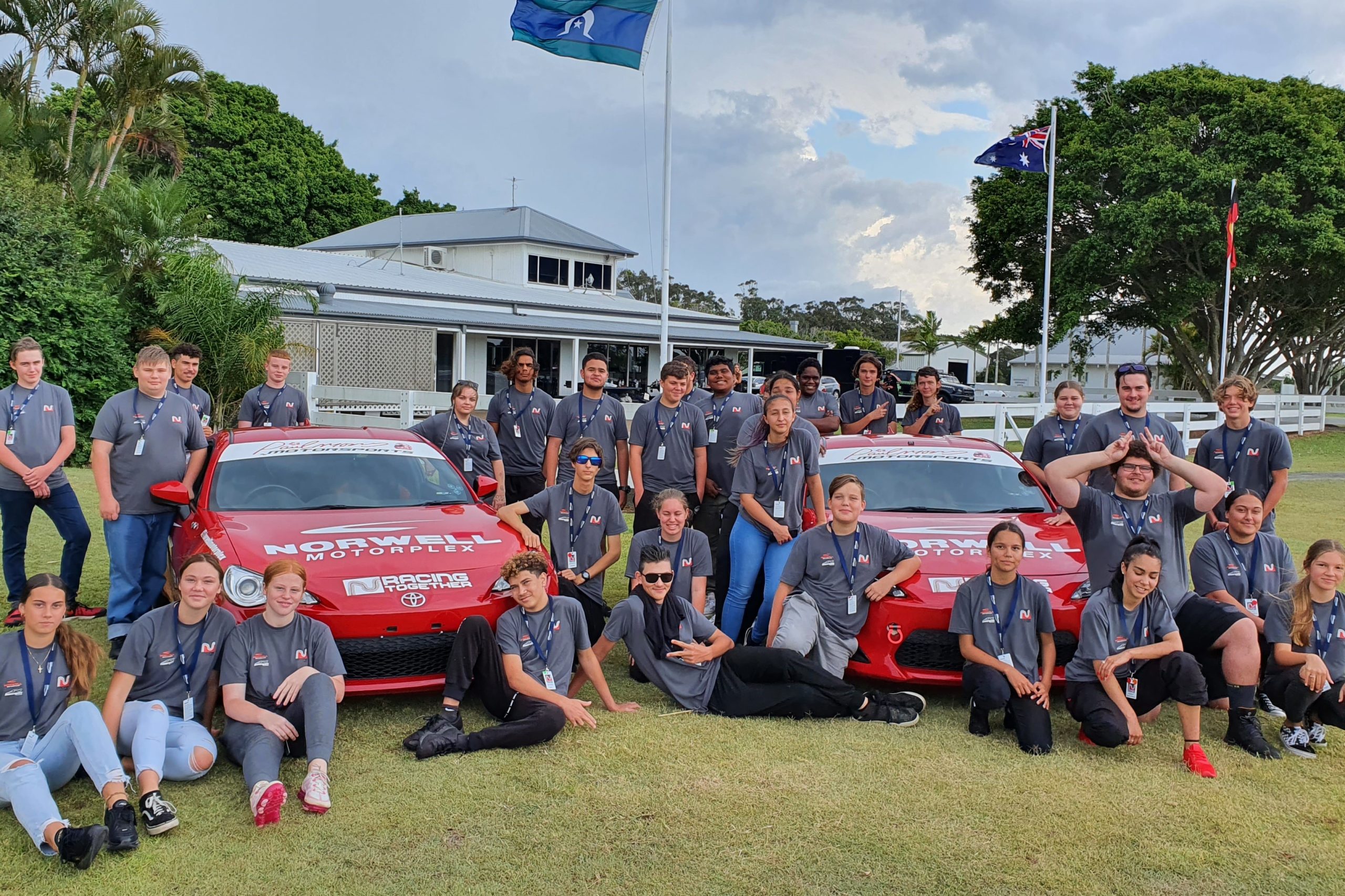 Racing Together candidates gathered for their final run at-Norwell Motorplex

A total of 11 Queenslanders have been selected to build and drive a car as part of the new Racing Together indigenous motor racing team.

The group from Logan, south of Brisbane, was chosen from more than 30 Aboriginal and Torres Strait Islander youngsters who undertook a series of assessments, including driving and mechanical aptitude, at the Norwell Motorplex driving centre.

The team will now plan the build of their Hyundai Excel racer under the guidance of Racing Together founders Garry and Monique Connelly, Norwell Motorplex operator and Supercheap Auto Bathurst 1000 winner Paul Morris and Gunya Meta Indigenous Mentor, Michael Orcher.

The car will be entered in the 2021 X3 Circuit Excel Racing Series, giving members of Australia’s first indigenous racing team a chance to develop in the sport as professional or recreational competitors.

“There is currently no representation of our indigenous people in motorsport in Australia,” said Garry Connelly, a senior international motorsport official and Formula 1 race steward.

“A few months ago we decided to do something about it and we decided to sponsor a pilot program to bring kids 12 to 16, boys and girls, into motorsport.”

The Racing Together project, which follows the diversity principles of the world motorsport body, the Federation Internationale de l’Automobile (FIA), and is supported by Motorsport Australia, hopes eventually to expand into a national program with the goal of putting an indigenous driver into the prestigious Ferrari Academy (Asia Pacific).

Connelly said the programme at Norwell was a great success.

“The enthusiasm of the participants was high at the start but grew by the hour as they drove a number of track activities in dry and wet conditions, plus did classroom sessions on road safety, car construction and design, first aid, personal health and conditioning and learning also about how to become an official,” he said.

Braedyn Cidoni, 16, and Karlai Warner, 14, were chosen as drivers within the 11, but others also may get a turn at the wheel.

“We’ll see how they all develop. Some of them also have excellent mechanical abilities,” said Connelly.

“The next step will be to start building a Hyundai Excel to compete next year. We may use different drivers at different events. While the build is occurring, the drivers will do intensive training under Paul Morris and his team at Norwell.”