Morbidelli wins as Miller crashes out of Teruel MotoGP

Morbidelli wins as Miller crashes out of Teruel MotoGP 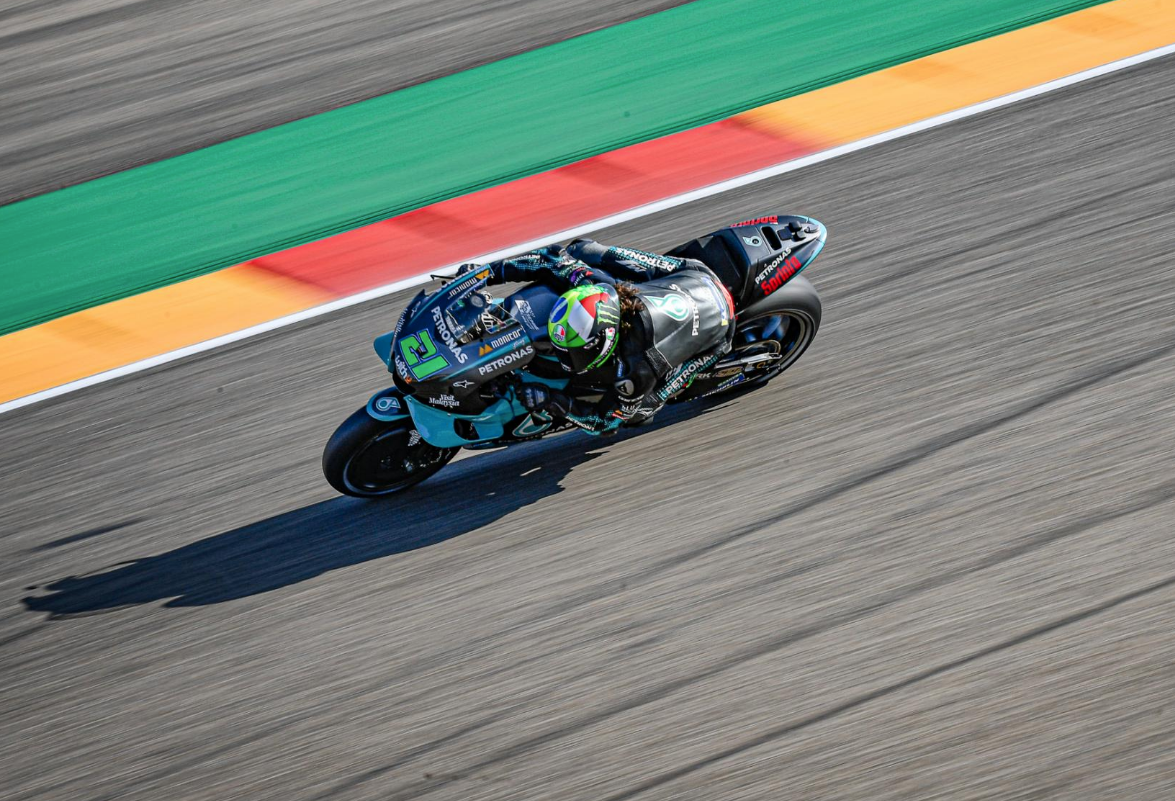 Franco Morbidelli has won his second MotoGP race from Alex Rins and Joan Mir at the Teruel Grand Prix in Spain.

The result came as pole-sitter Takaaki Nakagami crashed out while leading on the opening lap, with Jack Miller was also an early retirement.

The demise of the Japanese rider paved the way for Morbidelli to assume the lead from Rins.

Miller was involved in a crash at Turn 2 on the opening lap which also accounted for Brad Binder for which the South African was sanctioned post-race.

That will see the KTM rider serve a long lap penalty at the Grand Prix of Europe next time out after he was “found to be riding in an irresponsible manner causing a crash”.

Morbidelli and Rins opened a margin out front ahead of Johann Zarco in third, extending it to more than half a second after four laps of the Aragon circuit.

Between the front two a similar gap, though slightly smaller, had emerged as Rins struggled to keep pace with the race leader.

Strong progress in the early stages saw Mir move forward, the Spaniard climbing to fifth on the opening lap after starting 12th.

The 23-year-old moved into the podium places on Lap 11, but was by then out of touch with the two runners ahead.

The final margin between the Italian and Rins in second at the flag was 2.2s, the Suzuki rider’s spirit having been broken in the closing laps.

Championship contender Andrea Dovizioso crossed the line 13th, a result which leaves him 28 points behind Mir in the points standings.

The MotoGP season next heads to Circuit Ricardo Tormo in Valencia on November 8 for the Grand Prix of Europe, the first of two successive events at the venue.