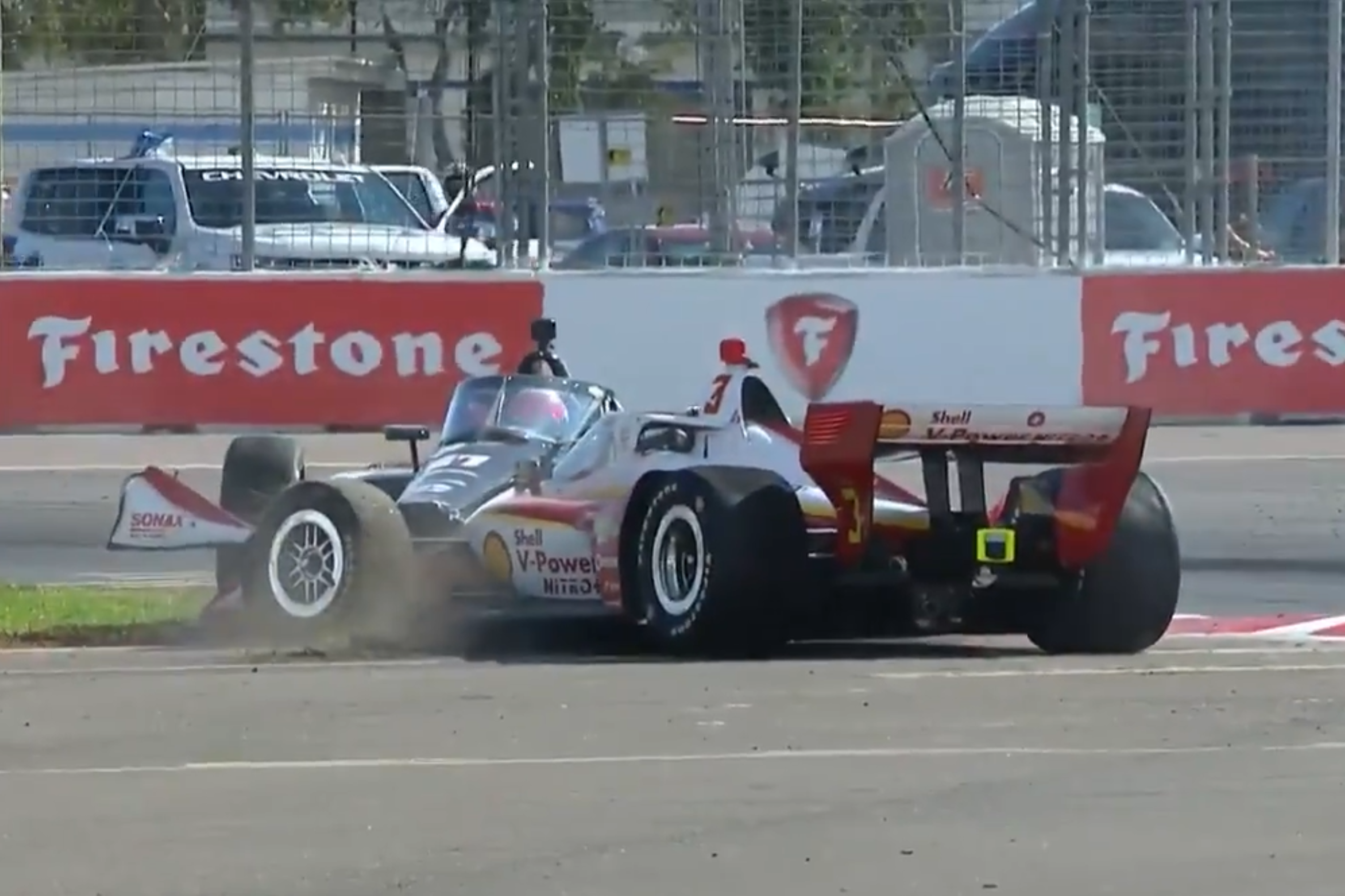 Scott McLaughlin has labelled his IndyCar Series debut the “best day of my life, bar my wedding” despite crashing out at St Petersburg.

After the third Safety Car intervention in the 100-lap race, 16th placed McLaughlin sought to overtake Marco Andretti at Turn 1 on Lap 47 as the green flag flew.

However, the Kiwi made contact with the Andretti Herta Autosport driver.

That sent McLaughlin into a spin, who was subsequently collected by fellow series rookie Rinus VeeKay.

The Dutch driver ended up parked on the nose of McLaughlin’s car.

While VeeKay was able to get restarted and continue on, the Shell V-Power Nitro+ Racing driver was forced to retire.

Despite the crash, McLaughlin was upbeat.

“It was awesome, far out,” said McLaughlin.

“It was the best day of my life, bar my wedding.

“The Shell V-Power Nitro+ IndyCar was going really well. I just made a move. I tried to block Marco then I felt like I was there or thereabouts and just made a half a rear lock.

“I’m not exactly sure. Cold tyres caught me out a little bit. Pretty disappointed but I had a lot of fun.”

At the time of the incident, the race was led by Alexander Rossi.