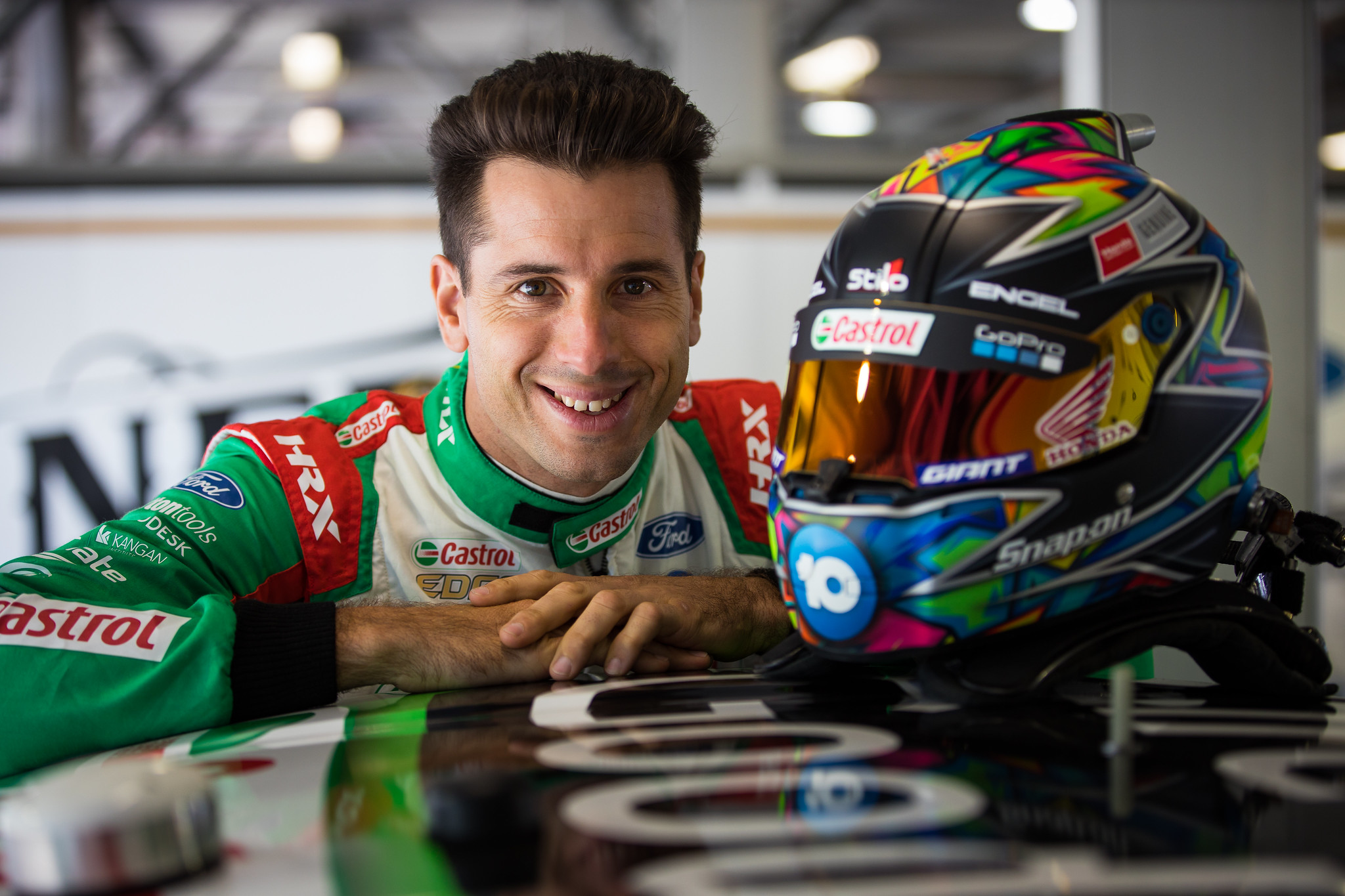 Rick Kelly has announced his retirement from full-time Supercars competition.

Kelly will end his full-time Supercars career with 13 race wins and 57 podium finishes to his name.

“While the 2020 season draws to a close so does my full time Supercars driving career,” said Kelly.

“Firstly, I have really loved the opportunity to drive the Castrol backed Ford Mustang in its first year with Kelly Racing.

“There were many challenges put forward in 2020 with Covid and the Mustang program in its infancy at Kelly Racing which both have made on track results tough at times.

“It hasn’t been the fairy-tale ending that I would love to have gone out with, but I have to step off the merry-go-round at some point and I personally feel that the right time is now.”

“Whilst as a driver you always want to win, and externally your on-track results hold the biggest influence on your report card, and as you’d expect from any athlete, I’ll leave wanting more.

“But one thing’s for sure, I will step away satisfied with having always having given my best and never giving in, no matter how far back we were.”

Kelly made his Supercars Championship debut in 2001 with the Kmart Racing Team alongside Nathan Pretty in the Queensland 500.

While that was Kelly’s official debut, he never raced after their Holden VX Commodore suffered a driveshaft failure on the warm up lap.

His first racing laps followed later that year with the same team in the breakaway V8 Supercar 1000 at Mount Panorama. Once again paired with Pretty, the Kmart duo claimed 14th.

Kelly stepped into the Holden Young Lions team for 2002, taking the seat formerly held by his older brother Todd Kelly.

In what was his first full season, Kelly claimed a season-best finish of third in the final race of three at Pukekohe Park finishing behind Todd Kelly and Larry Perkins.

That year he also finished fourth in only his second 1000km race with Pretty at Mount Panorama.

Kelly’s second full season in the championship saw him graduate to the Kmart Racing Team alongside Greg Murphy.

It was with the Kiwi that Kelly his first of two straight Bathurst 1000 wins.

For 2005, the Kmart Racing Team was rebranded to the HSV Dealer Team.

Kelly went on to win the 2006 drivers’ championship over Craig Lowndes in a decider that went down to the season finale at Phillip Island.

After winning what would be his only drivers’ championship, Kelly remained with the team until its closure at the end of 2008.

The 2009 season saw the Kellys go solo with the formation of Kelly Racing, with which he still owns and operates to this day.

The team’s first win came in 2011 courtesy of Kelly at the Hamilton Street Circuit.

Between 2013 and 2018 the team ran as the factory Nissan team. The team continued to use the Nissan Altima platform it had developed until 2019.

This year saw the team downscale its operation, moving from a four-car Nissan Altima fleet to a two-car Ford Mustang set-up.

Kelly drove the #15 alongside team-mate Andre Heimgartner in the #7.

His final full season in Supercars saw Kelly claim six top 10 finishes in a year of development for the team.

“As a whole I’m proud of what we have achieved as a team over the last decade,” said Kelly.

“We have relentlessly pushed hard, worked directly with three different manufacturers and represented some of the most recognised brands in the world, and delivered some great programs off the track, from creating a talent search reality TV show through to having pictures of our fans ride with us at Bathurst.”

“I’d like to thank the team at Kelly Racing, and also congratulate each and every team member for what they have been able to deliver this year. It’s been nothing short of impressive.

“I’d also like to thank all of the past team members that I have worked with over the last 20 years.

“I have worked with so many great people in this sport. And massive thank you to all of the business partners that have supported me throughout my career both past and present.”